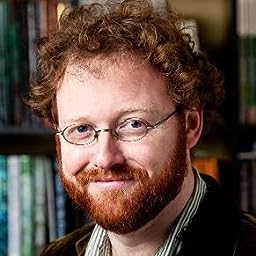 A high point in the Bond franchise
A View To A Kill had been a step up from much of Roger Moore's inconsistent term as 007, which often lost itself in silliness. The Living Daylights continues this trend with a tight plot, good action, strong romance (as opposed to just sex, as is common in Bond) and solid performances from a cast of both well-known and new faces. The result is a film which is not only good Bond, but good spy-thriller.

Timothy Dalton delivers a performance by turns serious and charismatic; his Bond is a highly-trained government operative trusted with saving both his country and the world, who bears great responsibility in addition to the usual arsenal of gadgets and unlimited budget. He provides a stark contrast to both Roger Moore's buffoonery and Sean Connery's overt masculinity.

The Living Daylights survives as one of the best Bonds, though thanks to his second effort (License to Kill), Dalton is sadly often overlooked for his contribution to the Bond franchise. The fault, however, is with the latter film's dire plot and lack of Bond elements, and Dalton is an essential part of making The Living Daylights a highlight in the Bond series.

Generic Spy Action Movie 2 is more accurate
Basically, I had no inherent problems with the film - aside from all the usual implausibilities and craziness that goes on in action films - except for the fact that, even more so than the first Mission Impossible film, this film had almost nothing to do with Mission Impossible. There were so few elements of the series - the elements that made it unique - and the ones present were so poorly used, that there seemed little point in badging a fairly exciting spy action film with the M:I2 name. Not a terrible film, but not a Mission Impossible film, and that's what irritated me. Retelling and reimagining an old concept to give it new life are fine - but this is simply rebadging.

Russell Crowe makes an impact
There's one main reason to see this film; sure, the story is interesting, the sci-fi concepts innovative despite their derivative nature, and the performances are all quite good, but it still remains undisputable to this viewer that Russell Crowe as SID 6.7 is a performance not to be missed.

SID is a great villain; he is repulsive, revelling in death and pain, but at the same time charismatic and very, very funny. On purpose.

Crowe laps up the role, appropriately milking it for all it's worth without stepping beyond believable menace. SID is pretty scary, and totally without morality. A cool villain, and all the reason you need to see this film, although Denzel's performance does help also.

Nowhere near as bad you might think
I heard a lot of bad things about Wing Commander; a lot of people told me it was terrible.

I don't know why.

It's not a spectacularly good film, but it is a well executed, exciting, stylish sci-fi war film, not nearly as cliche-ridden as I expected. The plot is straightforward; we're dropped in the action quickly with no question about how much is at stake, and while there's not much mental exercise involved, the film is a fun ride. What's more, the dialogue is good - not just functional, but *good*. That's not a common occurrence in action films.

The ride is made better by our protagonists, not least because the film is full of relative unknowns. Lillard is obviously having a good time, and it's hard not to like him, while Burrows and Prinze are a nicely understated couple, with none of the usual overt chemistry. Ginny Holder as Rosie steals all her scenes, and the quietly spoken Warner (Tolwyn) and Karyo (Taggart) have great presence on their respective bridges.

After watching the film, I realised with some surprise that I liked it. Having occasionally played the games - though hardly having followed the storyline - I like what they've done.

There was a mission, people died, ships blew up, the good guys saved the day and I cared that the characters made it through to the end. What more to you want from a modern space opera?

I do have one reservation: why do the Australians in these films always seem to have graduated from some "speak Australian in 21 days or your money back!" course in LA? We don't speak like that, honest!

Great premise, slightly flawed execution
Stargate's central idea isn't entirely original - aliens interfering with human culture in the past being mistaken for gods - but it is handled with finesse. Spader's Daniel Jackson is quite endearing, if a little too "movie smart," while Russell's O'Neil is an interesting, if cliched and slight, attempt to put a spin on the dedicated old soldier standard. Ra, when we finally meet him, is a sight to behold; never has such a feminine young man been so imposing.

The sets, costumes and effects perfectly capture the feel of the film; Abydos (the planet at the other end of the Stargate) might look like Egypt, but there's something about it that makes it much more distant than another continent.

The only thing which really mars the film are its occasional descents into kitsch, including one of the death scenes later in the film, reduced to silliness by careless use of extreme cliche. While these moments are, thankfully, fairly well spaced, some of the dialogue also contributes, as do a couple of plot holes.

But still, Stargate is good solid fun with a bit more thought behind it than usual, and it's a great foundation for the television series that followed - and improved - on the film.

The Return of Captain Invincible
(1983)

Classic Camp Superhero Fun
I first saw this film when I was but a young lad, and loved it - the fact that some of the film was set in Australia played something of a major part in this - although some bits frightened me for no apparent reason. On repeated viewings, however, I have to say the film still holds up in the manner it was intended: over the top, extremely silly, fun.

The casting is superb; Christopher Lee and Alan Arkin skine, and I'm one Australian who wouldn't have minded seeing Graham Kennedy as the real Prime Minister...

Although they're quite well written - the "Hypno-Ray" song still sticks in my memory - the songs do seem a bit out of place, but when you're watching the story of an alcoholic ex-superhero who's retired to Australia, well... Frankly I think the sillier the better!

The best of the cheap Star Wars clones
Krull easily beats off all-comers as the best of the bargain basement clones that followed the success of Star Wars. Most of the main characters are underdeveloped stereotypes, but then who needs character development in an action-packed fantasy? They're more than made up for anyway by some of the smaller players, especially Ergo the Magnificent (played to perfection by David Battley).

Krull has few pretensions towards science-fiction, and keeps its feet firmly planted in fantasy. Add in some wonderfully entertaining - or, in some cases, hammy - performances from a galaxy of English actors (many of whom became stars, though strangely enough, not the leads...), a cool spinning blade called the Glave, some reasonably special special effects, a variety of British accents, and a fun, silly storyline which makes just enough sense, and you're onto a winner.

An odd, frustrating and satisfying ride
The three main characters are all hopeless, and yet you only feel sorry for one of them: Ernesto, hopelessly devoted to Mercedes. This was part of the frustration: screaming at Mercedes to get a clue and ditch the no-good Harry, to no avail.

Then there's the satisfaction: Steve Buscemi has a great part as a transvestite, and Harvey Keitel's moving story of his indignity playing a gorilla for a cheap TV movie is incredible. When you least expect it, Quentin Tarintino is doing half a monologue, and Anthony Quinn turns Ernesto into a wealthy man.

Time and again great moments appear in the story, but in the end it's hard to know what to feel about this movie. It doesn't have a happy ending, or even a complete one, but it somehow feels right.

This movie is strange, but then so am I; no wonder I liked it.