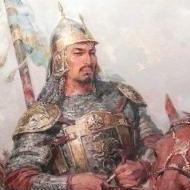 Glad I saw it with MoviePass
I'm not a follower of the Avengers movies, and I only went to see this one because I had a MoviePass. Yes, I know the comic book lore of the Avengers team and Thanos and the Soul Gems, it's just that the movie falls under its own weight of too many superheroes with too many subplots. Each character's presence is diluted because of the need to give fair screen time to each. Spider-Man, Bruce Banner, Black Widow, Black Panther, Doctor Strange, each Guardian of the Galaxy. And I don't know if it was just me, but the actors kinda seemed to phone it in for the most part. Of course, this isn't Tolstoy, it's a bunch of people with mutant or augmented superpowers traveling through space-time to stop an intergalactic warlord from retrieving gems that will give him the ability to rebalance the universe. There's a lot of contemporary humor in the movie, namely the millennial snark found in modern sitcoms. I don't get the hype, but I do appreciate that some people will like this. That's the beauty of having individual tastes: someone's pudding is someone else's broccoli. It just wasn't for me, and I don't have an interest in seeing the conclusion of this anthology, even with MoviePass.

Brilliant!
What can I argue that hasn't been mentioned in other users' comments? Basically it boils down to this. There's music. Beethoven, Mozart, Bach as compared to Eminem, NSync, Faith Hill. There's literature. Voltaire, Dostoevsky, Hugo as compared to Grisham and Clancy. And there are movies like Solaris as compared to Eight Crazy Nights, the Sum of All Fears, and Sweet Home Alabama. General audiences don't like Solaris basically because it's something foreign to them, they can't understand it therefore they don't like it. I'm sure many of the audience members also couldn't sit through an entire sitting of a Bach concerto or even a Chopin polonaise. it would bore them. They just can't appreciate the complexity and richness of the work. It doesn't entertain them like a rap or pop song with a strong beat does. Same with books. You think these people that walk out on this movie could sit through 1000 pages of Tom Jones, one of the best satires on aristocracy ever written? Probably not. Too bad American culture is being dumbed down. American art and entertainment I feel aims for a more straightforward approach, resulting in a melodrama paradigm, granted that there are attempts to obtain a more esoteric approach to film as demonstrated by the overrated Minority Report (still a good film, just overrated), however Solaris just completely supercedes this and others. A brave attempt on Soderbergh's part to develop a more "European" film technique. I've seen the original Tarkovsky version and didn't like it as much as this remake, and this coming from someone who absolutely loves Andrei Rublyov and Stalker (go figure).

Why do American students find English and art classes so boring? They have to study the classics, they have to read shakespeare, they have to listen to composers much more difficult to appreciate than Dave Matthews. The same reason why many US audiences will find this movie completely boring.

Based on the current rating, vastly underrated
This only got a 7? I can't for the sake of me see why this should get no less than a 9 because this is Oliver Stone during his peak years (which sadly ended after the phenomenal JFK). Stone does an excellent job giving the audience a quick-n'-dirty overview of how wall street operates in simple, layman's terms. Charlie Sheen plays the novice yuppie very well, Terence Stamp gives an equally able performance, but the main star of this movie has to be Michael Douglas. This was the role he was born to play: the greedy, double crossing, self-centered Gordon Gekko who isn't afraid to overstep the Security and Exchange laws in order to buy his stocks with confidence. The movie also features excellent camera work, good pacing (it's never boring, despite what other reviewers would say), and a well done climax. Why only a 7 rating though? It perfectly summarizes the general attitudes of Reaganomics and 1980s investments. Although it too was a really good film, I'd still rather watch Wall Street over Platoon given the choice between the two.

The power of silence to invoke paranoia.
This film represents Polanski during his younger more experimental years. All throughout the film, there is an ambition to turn this into a never-before-seen psychological thriller, and, oh, does Polanski deliver. Repulsion sucks you in until you start to feel the terror that permeates the movie. An interesting concept Polanski introduces is the ability of silence to emote terror instead of dialogue, and because there is little dialogue in the film, there results in a truer paranoid atmosphere. The creaking of footsteps are much more spookier if preceded by a few minutes of tacit activity.

A great comedic relief for Van Peebles!
Mario Van Peebles has proven himself again a talented actor AND director. Love Kills is a great mixture of love and mayhem, comedy and tragedy. In addition to the superb talent of Mario Van Peebles, Melvin Van Peebles has a great supporting role as Abel. After strings of action films, it's great to see Mario starring in a funny comedy.

A heartwarming film
Solo is a cyborg who was "born" with no emotions. He is ordered to kill Latin American villagers, but killing innocent people makes him feel bad and Solo sees that it's wrong. Solo then turns from predator to prey as he's chased by enemy cyborgs. The action scenes are great and special effects are super. Solo waits in the bushes, "gazing" and ambushing enemies. Sometimes Solo gets hurt and has to repair himself. Solo is a hero we can all cheer for! A great movie!! Mario van Peebles is superior as Solo!

A heartwarming film
Solo is a cyborg who was "born" with no emotions. He is ordered to kill Latin American villagers, but killing innocent people makes him feel bad and Solo sees that it's wrong. Solo then turns from predator to prey as he's chased by enemy cyborgs. The action scenes are great and special effects are super. Solo waits in the bushes, "gazing" and ambushing enemies. Sometimes Solo gets hurt and has to repair himself. Solo is a hero we can all cheer for! A great movie!! Mario van Peebles is superior as Solo!