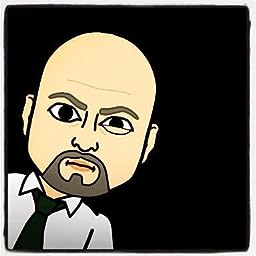 A New-York-style self-exorcism
There is something intrinsically poetic in the neo-noir delivery of Taxi Driver. A run-down New York City of the 70's, the soft jazz score that permeates in and out as the story progresses in the midst of the eventual, yet ever so present, lack of absolute register on film; all of which contribute to the strong screen presence of a young DeNiro playing Travis Bickle, a fellow that double takes as the story's protagonist and narrator.

Travis Bickle, a mentally unstable Vietnam veteran, exorcizes his demons by working as a night-shift checkered cab driver in New York City. Under the cloak of the night, he cruises the City and gets to witness a reality that is not socially suitable for daytime mores. In the course of one of such rides, Travis is faced with a wilting flower that causes him to pause and reassess the many spheres he transits through daily. Out of this dualism, Travis' perverted views of reality start to materialize and, as such, he becomes both hero and hitman.

A catalyzing Mohawk, then, ensues.

But one miscalculated move leads to a heartbreak that drives Travis over the edge. Then, heavily armed and washing his meds down with beer, he sets out to right two wrongs; one perceived and the other actual. A failed murder attempt, symbolic of Travis' inner naïveté, leads to an impetuous and bloody showdown that brings him to a near-ultimate atonement before a pseudo trinity.

As a result, one Iris is set free and is back in due full bloom. With a mended heart, Travis lives on to tell the story.

Guess Who: A Bias Analysis
This 2005 revamping of the 1967's Guess Who's Coming to Dinner portrays a series of social bias in an atypical manner by placing the Afro-American characters not only in greater number and directly opposite to the one Caucasian character, but also by placing them in the upper end of the socioeconomic stratum.

As the story goes, Simon, a successful young Caucasian stockbroker, is very much in love with Theresa, his Afro-American live-in artist girlfriend. In light of her parents' 25th Wedding Anniversary Celebration, Theresa brings Simon over to her parents' house for the first time and, in doing so, the young couple is compelled to face society's prejudices which, in turn, force them to introspection and consequently to the discovery that their own prejudices is strong enough to break them apart.

Just prior to departing to visit his in-laws-to be, Simon, a promising professional, was faced with the ethical impasse: accept his superior's scrutiny and disapproval on his interracial love relationship or dissent from it by quitting his job and move on as to not only not allow such external biased opinions to interfere with his personal life but also to disassociate from such status quo.

In light of such dilemma, Simon, whose name is etymologically presented in the New Testament as Peter, thus inferring valor , quits his job and, as to not mention the reason why, hides his chivalrous act from Theresa and her family, which opens the door for a new assortment of biases to flourish.

Percy, Theresa's father, whose name etymologically conjectures the Arthurian-legendary chivalrous knight who was given a glimpse of the Holy Grail , displays his pseudo omnipotence by stating that he can assert his son-in-law-to-be's character "in five seconds". Hence, as the young biracial couple arrives, Percy, insensitive to the possibility of his daughter dating a Caucasian man, assumes that the Afro-American cab driver is his son-in-law-to-be. As the situation promotes social discomfort, it concomitantly denotes that the discriminated against has the capability of being just as discriminatory.

As the story develops, Theresa's mother, Marilyn, whose name's Egyptian etymology derives in part from mry "beloved" or mr "love", exercises a great power of rationality and appeasement over the ever emerging racial tensions, which, in turn, increase the marital friction between Percy and herself prior to the renewing of the vows. Eventually, as all sorts of idiosyncrasies get carried out, Simon, hypothesizing that certain sports are "whiter" than others, attempts to impress Percy by falsely alleging that that he has driven NASCAR. Ultimately, as Percy turns out to be a personal friend of Jeff Gordon's, Simon depreciates his status with his father-in-law to be. Meanwhile, as the plans for the ceremony develop, tensions rise. Percy, who had had an issue with Dante, the wedding planner who he erroneously assumes to be a homosexual, further struggles with his wife due to her acceptance and understanding of Dante's metro-sexuality as well as of their daughter's interracial love affair. Furthermore, Marilyn wants a classy second wedding ceremony where they would dance the tango, an atrocity to Percy who wishes to do "The Hustle".

As the social discomfort persists, Percy, who had portrayed his son-in-law to be in an ultimate altruist African-American alter ego he named "Jamal", is finally caught on the lie. As Simon confronts Percy about "Jamal", Percy counter-confronts him about NASCAR, hence as to defend the position that each of their lies, caused by a biased societal synergy, had its due justification. Hence, one facet of racial prejudice was argued as legitimate due social process in order to avoid one's discomfort within its own micro sphere. At this point, racial and ethical tension reach the limit causing all involved parties to break apart, which causes gender acceptance to ensue and overcome racial issues in concomitance to a reversal of social roles as Percy sets out in Simon's defense by procuring his best interests before Theresa, and other family members, who was pushed apart by ethnocentricity. Up to this point, the issue of religious virtue is also brought up twice as Percy questions Simon's valor when he asks for liquor at dinner, an issue that is further reasserted when Simon finds vodka at Percy's "Christian house full of sinners".

Reality eventually turns into men versus women, illustrating hence a gender bias whose commonality levels Percy and Simon, both develop a new bond, careless and free. As such, Percy accepts the "whiteness" of Mary's wishes for their second wedding and, veering into an instance of homosexuality he would have previously repudiated, he practices the tango with Simon. As the dance passionate dance is practiced, both men talk to each other from deep within and seemingly at the same level; hence peeling off societal layers of inherited bias.

With that done and out of the way, Percy reconciles with Marilyn and attempts to have Simon and Theresa back together. Nonetheless, the young couple seem resent each other's racial remarks and, at first instance, unable to reconcile, remain apart. During his second wedding, however, Percy leaves in search of Simon just prior to reciting his vows. Finding Simon at a train station, Simon tells him that, although noble, it was stupid for him to have let go of his promising professional future because of someone else's meaningless opinion.

Returning to his wedding, Percy does "The Hustle" for his vowels, after which he introduces his new son-in-law to his family and friends as "broke, unemployed and white", all of which do not matter because he, i.e. Simon, loves his daughter, i.e. Theresa.

All in all, Guess Who causes discomfort and forces one to think about racial, gender and socioeconomic issues as it presents such issues with crude humor and reversed roles that do make situations stand out.

A CONUNDRUM IN ITS OWN
A brilliant short-length noir exposé of a post-apocalyptical ambience, `La Jetée,' suggesting that knowledge is omnipresent, advocates that neither death nor insanity, but suffering, lead to cognizance of one's existence, somewhat of a karmic view on one's status quo within the continuum.

Inferring that lack of prosperity in one's future leads to obsession with an idealized past, it further conjectures a critical analysis of a world which has self-destructed in light of its lack of impartial social undercurrents.

`La Jetée,' polarizing thoughts of Creation versus Evolution, drawing parallels from several historical facts and comprising numerous philosophical currents in a sci-fi temporal paradox, a conundrum in its own, examines the finality of happiness in one's existence.

OH, CAPTAIN, MY CAPTAIN
Staged entirely within the secular ambiance of a Boarding School where values such as tradition, honor, discipline and excellence are stressed out, `Dead Poets Society' proposes a critical analysis of the system's preaching of a line of indoctrination close to that of populism where freedom and variety of choice are guaranteed to those who condescend to the system's pre-selected choices.

Concomitantly, several facets of social incongruence interplay within the depicted social strata proportionally to the expansion of the characters' inter-dynamics.

Furthermore, stereo-typification among the characters denounces the existence of oppression within the oppressed, an empirical trait probably osmotically absorbed from the macro-sphere, setting equal grounds for all dissimilar plans which will develop within the story.

The most fundamental argument therein, nonetheless, lies in pondering the purpose of life as to its finality while keeping the value of altruism omnipresent. Thus, a powerful argument as to the symbiotic interrelation between qualification and quantification is set as to overshadow all other disseminating lines of thought throughout the story, a point whose substantiality is intertextually argued under the pretense that lyricism cannot and must not be scientifically equated as any attempt in accepting such equating would signify a loss of perspective on one's humanity.

Nevertheless, it is further argued that daring will necessarily lead to knowledge which, in turn, will lead to empowerment; leading, thus, to dissent from the system's coercions; a paradox which dictates the empowerment of the individual through sound analytical thought to be the only way to commune from authentic freedom, a byproduct only achievable through non-compliance and non-conformance to the pre-established.

The correlation between the authority of the overseer and the humiliation of the overseen is one portrayed as omnipresent. It is further argued that abuse of power by the overseer will generate morbidity of the social dynamics among the overseen and that, in order to withstand successful opposition to the overseer, the camaraderie amongst the overseen must accommodate the vulnerability of the self as to denote acceptance of individual differences and subsequent intra-micro-sphere maturation, further recognizing the possibility of simplicity while concurrently denying the plausibility of ordinary.

Dictating that a certain level of anarchy is necessary within each individual, it is also demonstrated, nonetheless, that should no conscious attention be paid to the social development a micro-sphere, it will become tribal and, once self-actualized, it is likely to exhibit patterns of behavior analog to those objected in mother-sphere.

Altruism, which is an essential component to the dissent from the overseer's oppression, will lead to personal sacrifice, whose extent should be accurately conveyed as to the capability and finality of each individual and action respectively given ultimate altruism will lead to ultimate frustration, leading, in turn, to a refraction as to the sense of personal empowerment.