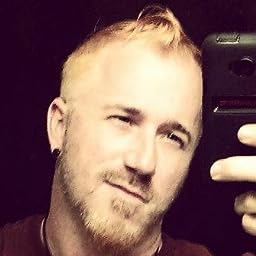 What the deuce? Fantastic 4 was fantastic.
****Disclaimer---This review written by someone who reads/knows comics. Therefore it will be impossible for the writer to ignore history. It will not be written as someone who was just interested in checking out that new flick with Jessica Alba. Or whathaveyou. End disclaimer****

Let me begin by giving my credentials. 27 years old. Comic book collector (not casual) for 20 years. Movie buff (again not casual) for at least 10 years. My favorite Marvel comic - Spider-man. My favorite DC guy - Batman. Favorite team book - X-Men (particularly Uncanny). Yeah, I know, they were the most mainstream and most everybody's favorite (there's a good reason for that). My point is I KNOW my comics and my movies.

That being said, I loved most of the Batman movies. I loved the X-Men and Spidey movies. I am partial to comic book films, even though I can see the same flaws and have some of the same gripes most other people do. I'm just a little more forgiving than most. I can get past Bat-nipples and George Clooney being miscast as Batman (its better than Matt Salinger and rubber ears - trust me).

I was never a big fan of the FF. That doesn't mean I don't know about them. I've read many an issue of the "Worlds Greatest Comic." The films started more different than I was expecting. They almost (wait let me stress that a little bit), ALMOST ruined the origin within the first 15 min. Not "retooled" or "rehashed" but rather "ruined." Again let me stress, ALMOST. So sitting there in the theater I tried to forget what I actually KNOW about the FF. I figured I would have to to enjoy the movie. Wrong. Aside from the near miss at the begging of this movie, most everything else was right as rain.

Reed and Victor's relationship was translated very well. Doom was on his high horse and wanting everyone to know he's smarter than they are. Reed being the "dumbest Guinness in the world." Ben's inner angst. Ben's outer angst (this being Johnny). Sue, well, I don't know, she was invisible to me. Johnny's hot doggedness was perfect.

The things (no pun intended) that I really enjoyed the most:

Ben & Johnny - they nailed their chemistry so good I don't think Reed could have figured out the formula. Michael Chiklis was extremely exceptional as the Thing. They couldn't get much more into his inner turmoil in this film. It would take a spin-off to let Aunt Petunia's favorite nephew vent properly. But for this movie, just enough. But their back and forth bantering was great. Flawless translation. Good job guys.

Now for the biggest surprise of the film to me

Ioan Gruffudd. I was very skeptical of this guy. Of the entire casting selection, this one had me scratching my head the most. I never in a million years would have cast this guy to play Mr. Fantastic. It's a good damn thing I'm not in charge of casting. He started off a little shaky and I think I might have heard his accent slip through a little bit. But I guess about the time they got bombarded with cosmic rays he really turned it around. I mean this guy WAS Reed Richards. Hats off to you Ioan. You've made a believer out of me. Taking nothing away from the rest of the cast, they all did great. The ONLY problem I had with the film was Julian McMahon. Not so much him, but his voice. His voice had no presence. Especially when in full costume for the first time. They should have gone in the Darth Vader direction and let a strong voice do a voice over after he was suited. My recommendation, Frank Welker, who did the voice of Dr. Claw on the old Inspector Gadget Cartoon.

Overall, very very pleasantly surprised. Kudos to the cast and especially Ioan & Chiklis. And to the greatest extra in the history of movies, Stan Lee, Excelsior!!

Great, acting for these athletes
I have watched Nitro many times and find it to be entertaining and interesting. The portrayal of Sting by Steve Borden is great as is the portrayal of Raven by Scott Levy. This is a great show and I highly recommend it to any body who is a wrestling or sports fan.