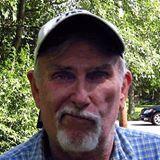 Terrific Film, Terrible Title
Why the film-makers chose to stick with "Jingle Hell" as a title, is a decision that ranks second only to that of Hitler's insistence that he open a second front against the Russians.

It's a wonderful little movie, all the more remarkable for the fact that it's a first time effort by some young independents. It compares very favorably with Jodie Foster's 1995 thematically-similar Home for the Holidays with its all-star cast. The writing is top-notch, the direction is polished, the editing seamless, and there's not a single mis-step by the cast of unknowns.

Jingle Hell did well on the smaller festival circuit, but never obtained a general or even limited release. While it's listed here as a "TV" movie, there's no information about who might have televised it or where, and in this age of untold numbers of cable channels with their voracious appetite for any sort of "content" (which term sounds a whole lot better than "filler"), the fact that the film isn't on someone's year-end holidays schedule, is all the more inexplicable.

I'm of the unalterable opinion that the problem starts with the title; it's impossible to hear it and not dismissively flash on, as an earlier comment suggests, "slasher-in-a-Santa-suit." If there's a God-of-Celluloid anywhere, this is a movie which will somewhere along the line, gain some just recognition. Fortunately, the film-makers are all relatively young, and might be able to wait it out in terms of some richly deserved artistic recognition.

Sadly, none those behind the camera seem to have done anything in the field since Jingle Hell. More's the pity.

Touching Tribute to a Debauched Iconoclast
Debuted on the Westerns Channel on 25 July, and features interviews with those who worked with him, and sometimes played with him. Short on the E!-type scandal-approach, although little is spared about Peckinpah's often depraved life. It focuses on the Westerns he made, a genre he (and although not mentioned, Sergio Leone) reinvented. Much is made of his problematic employability due to an unwillingness to submit to studio authority. (Wonder what his USMC service was like?!?) Lots of behind the scenes stills and footage from "Deadly Companions," "Ride the High Country," "Major Dundee," "The Wild Bunch," "The Ballad of Cable Hogue," "Junior Bonner," "Pat Garrett & Billy the Kid," and the love-it-or-revile-it "Bring Me The Head of Alfredo Garcia." Narrated by Kris Kristofferson, with contributions from, among others, the late James Coburn and the late Ben Johnson, as well as Billy Bob Thornton and, inexplicably, the mumbling Michael Madsen, whose sole connection to anything involving Peckinpah was his participation in the unnecessary 1994 re-make of "The Getaway," a Peckinpah non-Western. In all, this touching tribute should do much to spur DVD sales of the man's work, particularly "Director's Cut" editions.

Amusing concept...
...and far from "pointless," if I can offer a demurer.

Part vignette, part "skit," it was a humorous, but ultimately dark look at a pair of late 19th Century cowboys with a late 20th Century sensibility.

The only thing I could fault with this short (12 minutes) film is that the end credits were almost two minutes of the running time!

Trivia
The poster art for "Electra Glide in Blue," a photo of a row of motorcycle police with the diminutive Robert Blake conspicuous in that line because of his size, was framed on the office wall of Captain Frank Furillo (Daniel J. Travanti) for the entire 1981-87 run of NBC's ground-breaking "Hill Street Blues" series. No reference to the photo was ever made, so there was no explanation of its significance.

Dreadful!
A perfectly ghastly entry in what was shaping up as an eagerly anticipated annual event, A&E's end-of-Summer dramatization of a Spenser novel.

As I was initially fearful, the re-casting of Ernie Hudson was a blunder a shaven head and a leather coat does not a "Hawk" make! The new co-henchman character of "Vinnie," who didn't have a line of dialogue in the entire screenplay, was infinitely more interesting. Hudson makes one long for the over-the-top version portrayed by Avery Brooks in the Robert Urich TV series and subsequent tele-flicks.

The director Po-Chih Leong, who somehow has made the transition from the Shanghai cinema school to teleflicks must have seemed like a good choice given the setting, the Chinatown of an East Coast port city which is an entryway for an illegal alien smuggling scheme, apparently has seen one too many Ang Lee films, and tried mixing alternative points of view in a style reminiscent of the late '60s Roger Corman drug flicks. It detracted from an already incompletely realized narrative and was nothing more than an absurd stylistic conceit. (No cohesive story? Dazzle'em with camera-work!)

Author Parker makes another of his fatuous, wordless cameos, and director Leong gives him a slow zoom close-up that suggested his character is to play a larger role in the narrative. Of course, he doesn't, and in that three second shot, Parker overacts on a par with Steven King in his cameos.

Joe Mantegna was clearly hampered by the direction and the script (by Parker and his wife Joan, to whom all of his novels are dedicated). Even the always excellent Marcia Gay Harden was forced to struggle with a suddenly silly "Susan Silverman." Oddly, Eric Roberts comes off reasonably well in a role as a sympathetic villain, although that suffers from poor direction as well!

What a disaster! I actively hated this tele-flick!

Some of the funniest scenes ever filmed
This film from Blake Edwards has one of the all-time funniest sequences in it that has even been filmed, and no I'm not talking about the much bally-hoo'd "dueling glow-in-the-dark-condoms" scene.

The post-spa sequence with a spastic John Ritter never fails to put me in grave danger of a major asthmatic attack. It is brilliant physical comedy. See it for that alone or for the pruriently curious, to see what the Amazonian "Zap" from that strange syndicated physical challenges show of several years back, looks like with her clothes off!

It may not be Edwards' best effort, but it's no where near as dreadful as others here have suggested.

The Best DePalma Effort Since "Phantom of the Paradise"
For once, Brian DePalma's typical "look-at-me" camera work doesn't stick out like a sore thumb-in-the-eye of the movie goer. Aside from a pair of uninterrupted opening shots, the rest of the two plus hour film is very enjoyable as DePalma's "touches" integrate seamlessly into "Mission To Mars."

I was extremely apprehensive in approaching this film I haven't been able to abide DePalma's work since "Phantom of the Paradise" (1974). (Okay, so "The Untouchables" wasn't bad, but there was stuff in it which really annoyed and distracted.)

There were still lotsa DePalma touches, including many quotes and references, from George Pal ("Destination Moon") to Kubrick ("2001: A Space Odyssey") to Spielberg ("Close Encounters...") with a tip o'the lens cap to Columbia's cheapo 1951 chapterplay, "Captain Video." (Okay, now I'm lapsing into -his- pathology....)

But perhaps the best effort was the choices DePalma made in omitting elements of the narrative which would have A] made the film over 3½ hours and, B] driven the cost up exponentially. It also allowed the viewer to leave the theater reasonably exhilarated rather than drained and bludgeoned.

Aside from the shot of the portrait of Sherlock Holmes, Nero Wolfe's father, the opening wasn't promising. Some narration by Timothy Hutton as "Archie Goodwin," introducing the house on West 35th Street, Wolfe's seventh of a ton, etc.

But then it improved, and both Hutton and Maury Chaykin (as "Wolfe") were superior, and Saul Rubinek as "Saul Panzer" was excellent, albeit somewhat out of character when he winks at "Archie" while posing undercover... Rex Stout's Panzer would not have done that.

Chaykin showed a familiarity with the character that neither William Conrad nor Thayer David ever did, and his casting was both surprising and inspired.

Hutton struck the exact right note as "Goodwin," his boss' "eyes and ears" in the world outside the West 35th Street brownstone, and the prodder within who keeps "Wolfe" active on something besides his orchids and eating.

The roles of NYPD's "Inspector Cramer" and "Sgt. Stebbins" were also well-cast and true to Stout's oeuvre.

It is fervently hoped that A&E will continue to present the Nero Wolfe series using this cast most of what they shot was done with interiors, so it shouldn't be too expensive.

What it was...
Lost Planet Airmen was the first (yes, there was another in 1966 for a television package) feature version of Republic's 1949 12-chapter serial, King of the Rocket Men, one of no less than six (of of a total of 66 serials made by Republic between 1936 and 1956) titles involving "King of the...." The "King" was always the surname of the leading man, not a title, however.

Whoever came up with this great title I have no idea, but it is interesting to note that film has nothing to do with planets, lost or otherwise, and even the inclusion of the word "airmen" is somewhat dubious.

It also had the one singularly saddest scene in my 50+ years of movie-going.

Seemingly failed vacuum-cleaner salesman "Benny Miller" is returning home to the sticks with a little bird in a small wooden cage, a gift for his mom (Mary Gordon, of course). He stops to aid a neighbor whose mule-drawn wagon is stuck in a big muddy patch. He puts his shoulder to the rear of the wagon, the whole ensemble takes off without so much as a "thank you" from the neighbor, "Benny" goes face first into the mud and when he manages to get himself erect, he discovers that the bird has escaped.

He's standing there, covered with mud from eyebrows to knees in his best Sunday suit, holding the empty cage, and says, his lower lip quivering, "M-m-my bird... it was for my Mom.."

This 12-year-old dissolved into tears right there in the fifth row of the Macomb Theater in Mount Clemens, Michigan. Years later I could still well up at the thought of that scene, and when, as an actor, I needed to play a certain value, it was that "sense memory" I called upon.

Good film... terribly underrated
Despite the setting of Southern California and daytime set pieces, this is a very dark film, and presages much of Walter Hill's later work. A good cast, including the great Bill Hickman (a world class stunt driver and distinctive screen presence), it was probably marketed poorly. Movie-goers were led to believe that this "reunion" of TV's popular I SPY co-stars was going to somehow harken back to that glib and serendipitous collaboration.

Best line o'the film: after a protracted shoot-out with two sets of adversaries in Los Angeles' famed Coliseum, in which few bullets found their marks, Culp, while reloading his long-barreled S&W .357 Magnum, mutters: "I gotta get a bigger gun."