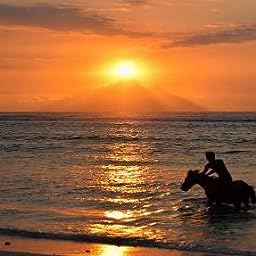 One of the best horror games ever
Standing alone in a dark place, you wonder how you arrived here. The nightmare has begun...

Following in line with two incredible games, Silent Hill 3 is likewise no exception. The atmosphere, symbolism, and monsters are all here, and it feels like home. The atmosphere, especially, was my favorite aspect of the game. It's creepy and alluring, and there are some real scary moments that are cool. The story was great too. A sequel to Silent Hill 1, we play as Heather, a rebellious young woman who's on her way home. A journey like no other awaits her as she steps into the darkness.

As the years pass, the early Silent Hill games continue to age like fine wine. I recommend playing Silent Hill 3 if you haven't already. It's really good.

An incredible game about perseverance
Detroit: Become Human was the best game of 2018 for me. Aside from being great and immersive, it brought up some interesting things to think about. Someday, humans and androids may coexist together, and we'll have to be mindful on how we treat them. They may just rise up when they've had enough.

And this brings us to the game's story. In a future Detroit, humans and androids do coexist, but not to a welcoming public. Androids dominate the job industry, and much of the population is unemployed and angry. Android abuse is rampant, and this has caused some of them to become, "deviant". Deviancy occurs when a traumatic event triggers something in an android's mind. They develop a new sense of freedom, and they've, in essence, become human. There are three storylines in Detroit: Become Human. And each one plays through an android. The first is about a detective named, Connor, who hunts deviants with his seasoned partner, Hank. The next is about a maid named, Kara, who's looking after a little girl. And the last is about a caretaker named, Markus, who soon realizes what important role he has. To avoid spoiling the rest of the game, I won't go into their stories. That's something that should be experienced.

Overall, I really enjoyed Detroit: Become Human. The game is thought provoking, compelling, and even funny at times. It's also a choice based game, and the choices do matter and have many outcomes. It doesn't stray from having to make tough choices either. If you'd like to play an incredible game, then look no further than Detroit: Become Human. I highly recommend it.

One of the best games ever
Rating a game a 10/10 is a rare thing to do. But I believe Beyond Good and Evil deserves it. The story, characters, humor, and puzzles are all perfect. I didn't get to play this game back in the day, but that was because I had never heard of it. But I'm happy to have played it now. Beyond Good and Evil reminded me a lot of some animated movies I grew up watching like, Titan A.E., and, Atlantis: The Lost Empire. Perhaps that was why I liked it so much. It's baffling at how underrated this game is considered to be. It's a classic, through and through, and should be more well known.

Overall, I highly recommend playing Beyond Good and Evil. It's truly one of the best games ever.

A real classic movie
I'd consider American Graffiti one of the all time best movies. It's a simple story about a group of friends who spend one last night out on the town before they have to go their separate ways. And each character finds themselves in one hilarious segment after another. The magic of this movie comes from its 60s feel and soundtrack, as well as its characters, who are honest, funny, and likable. My family introduced me to this movie, and they went through the 60s and could relate to it. It looked like a special time back then. I recommend watching this movie.

A quirky, nostalgic movie
I once saw this movie when I was little back in the late 90s. I barely remembered it, but a few scenes were floating around in my memories. After watching it again recently, I have to say it's a great movie. The story of a young girl who spies on people with her secret notebook is a funny one. And things get more crazy once her secrets are revealed. It also stars Rosie O'Donnell as Harriet's nanny, and her performance is great too. There are certain movies from the 90s that are special because of their quirky, natural vibe, and this movie is full of it. I'd recommend watching this movie. It's funny, entertaining, and something to remember fondly years later.

A nice show for all ages
Harvey Beaks lasted for only two years on Nickelodeon. It's a shame because after finishing the last episode, I felt a need to see more. Harvey Beaks is a funny show about a little blue bird boy named, Harvey Beaks, and his quirky forest friends. They all live in a giant forest and go on adventures together. It's a show based on a simple premise and it delivers. I would recommend watching Harvey Beaks. It has warmth and humor and unfortunately was cancelled way too soon.

A corny, nostalgic movie
Over a decade ago, I stumbled across a VHS copy of this movie at a store. I didn't know what it was, but I liked leprechauns and Irish culture from a young age, so this movie looked good. A Very Unlucky Leprechaun is not a serious movie by any means. It's a simple one about a young girl who becomes friends with an unlucky leprechaun and has to save her home from a greedy mayor. The story is predictable and corny, but it has some charm in a way. And seeing Warwick Davis as a friendly leprechaun instead of a demonic one is a funny change of pace too. I recently watched this movie again and liked it even more than the first time. I miss these simple types of movies.

If you leave your expectations behind and watch this movie with a carefree mind, then you may find an enjoyable, fun movie. A Very Unlucky Leprechaun is intended to be a nice family film, and it succeeds for the most part. I recommend watching it. For better or worse.