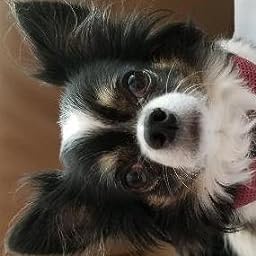 Unanswered Questions
"Love Crimes" leaves us with many questions that do not get answered during the film. For starters, why does this particular predator, played by Patrick Bergin, demand so much of her attention? None of his victims want to press charges and, really, only the latest was actually assaulted physically. An Assistant District Attorney should know that without these women coming forward, she does not have a true case against Bergin's character. Also, her tape recording Bergin confessing his crime when she first meets him could be seen as entrapment. So again, why is that this case is compelling for Sean's character to want to pursue it?

Next is the cabin sequence. Young follows Bergin to his remote rural cabin by the lake. She is spotted and quickly captured by Bergin who locks her in a closet overnight. Next day, he cuts her clothes off with scissors, leaving Young in her bra and panties. Depending on the version viewed, Bergin locks Young back in the closet where she breaks out and takes some clothes. Another version has Bergin sit Young on the patio while he prepares his gear for a fishing trip on the lake. He, then, gives Young some clothes to wear. My question was, other than for fan service, why cut her clothes off? He had her pistol. He wanted to control her so make her strip herself in front of him. Also, being picky, why let her get dressed again so soon after being stripped by him? It is not like he controls her by the outfit she wears.

Finally, after he has escaped from her, Bergin breaks into Young's apartment. Granted he had held her hostage at his cabin but she did trespass and, technically break and enter there without probable cause or a warrant. He could have gone his own way and would not be pursued by the authorities. Instead, he now compounds his problems by going after Young.

I saw this film at the request of my brother and thought I was going to see a police thriller. I was disappointed there. The only reason the film was not a total flop for me was that Patrick Bergin was a decent actor in the film. He played his character as a predator who felt like he was giving something to these women he preyed on.