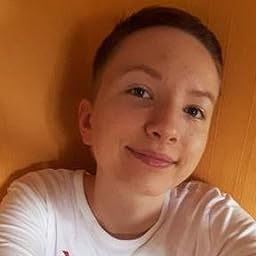 Relief from the daily grind: Jeune femme
I had much fun watching this film. I loved following the journey of the protagonist, her struggles and her victories. She is certainly original, and as my family concluded watching the beginning; "a little bit mental", haha.

While this film sports a few plotholes, they are nothing much and while they are possibly something which makes you think after viewing, while watching the film itself you will be too entertained to critique. It is mostly a light-hearted relief from the daily grind and holds a powerful message.

I was laughing a lot during the film, when I wasn't laughing I was fascinated by the plot unfolding and how well the protagonist handles it.

As someone queer, I was pleased by the representation this film holds. A lot of casual references done in a non-forced way, it feels just... natural. With that I am very pleased!

A charming film. I enjoyed watching and might even watch again. Awesome.

The characters were awful in my opinion. I didn't like the way that they were portrayed. A lack of chemistry and depth of feeling. Some characters were unrelatable, others were just plain misplaced/cringeworthy. I just thought, what're they doing here?

The music, rachet music, was foul to my ears and the more I watched, the less tolerable it became. This is critical because music does a lot to the viewing experience and it goes both ways. In Reckless' case, the music was... terrible. Very unfortunate.

So Reckless as a plot and concept does have potential, I do recognise, but this production does not do the said plot/love triangle dynamic justice, at least not to me.

I was skeptic to begin with. This, I can tell you right off the bat, was a huge mistake. When the actual film started, I immediately forgot about anything outside the screen. It was like a time travel deluxe package. I speak as someone who is a half European, half Russian Gen Z. I never experienced the Soviet era on first hand, but the night I went to watch this film, I forgot the current year. They're writing 2019 now, you say...? Ha ha, but really. Intense and during certain points in the film, I even got chills.

If you've ever heard about "breaking the 4th wall" as a filmography term, well, get excited because this is exactly what happens a lot. The end result is that you feel like you physically *are* present, and thus incredibly difficult for you to not feel connected in some manner.

The special effects are incredible, and the relationship between black and white/colour splashes in the film is something I've hardly ever seen before. This is fantastic.

One of the points about the film which made me skeptic to begin with was the "love triangle" ordeal in the bio. "Love triangle"? I thought. "Oh my, this has been done to death already!" I was fearing Twilight-esque cliché onto cliché, but nothing like it was to be found at all. It felt humane and raw... original. Not cliché.

If you have Russian roots somehow or have studied Russian, it's hard not to enjoy this film. If you've been in the Soviet regime yourself, you might get very touched/cry because as I mentioned, strong time travel feeling in here. If you're a Russian-rooted millennial or Gen Z, there is a huge potential for you to learn a lot and feel connected to the past of Russia.

I certainly felt connected and impressed. Should you folks happen to have any second thoughts or reservations about watching this, I tell you to just let go of them because the experience is incredible. Worth my every penny :)

On Top of the Scand-noir Pops
I loved Bron from the start and I still do.

The intensity in which Bron pulled me in has left a lasting impression on me.

Even when I watched all 4 seasons carefully, I found myself going back to the best episodes to truly take everything in. Brilliant!

You can tell that the makers thought of every single last detail. Nothing is wasteful and every episode is incredibly complex. It'd be hard to watch the series without getting invested. The show indeed features raw humanity and realism. I surprised myself during watching this series because I found myself adoring even anti-heros/select villians.

What impressed me the most about the show is the way Saga Nóren is portrayed. Incredible acting makes for a very likelike experience. You get the feeling that you indeed know Saga, like she's in your life, in your workplace. You start to connect with the characters emotionally and their joy becomes yours, their struggles become yours as well.

I'm fascinated by the unpredictability as well. You end up, at a twist or turn, frantically guessing whether *wicked plot turn* really IS to take place. It's a real thrill.

However, this show doesn't work if you're watching it half-heartedly, let's say, with your phone by your side. You have to give it time and give it attention, really letting the magic unfold. Then I'd say you're truly going to enjoy it fully like I did.

Scand-noir is already an incredible genre, and this title certainly does nothing to spoil it.

Although I found the aesthetics, the scenery and the music pleasant, I found the characters themselves to be unrelatable and "dry".

It didn't capture me and make me go "oh, I love this". I felt quite disconnected and out of it. Around the 80 minute mark, when I first started to space out, the film did nothing for me to regain my interest. Rather disappointed.

That being said, I've experienced worse. This film, generally, could be worse but definitely could be better, too.

Relevant even today
I was positiviely surprised by Soldier Soldier as the only (as far as I know) under 20s/in my 20s person who has watched this.

I've never been in the army, but I'm nearly 20 and possibly the youngest actual follower of this show. I'm quite a fan.

The show is beautiful and even relevant today. Character-wise very well-rounded. You can always find someone to relate to.

The conflicts and plots of episodes are lifelike. Nothing is blown too much out of proportion.

Severely underappreciated show. Had its time and then burnt out, which is unfair. I liked the original and thus I will be looking forward to the sequel very much.