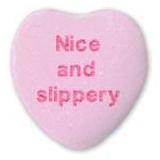 If you love real music, you must see Austin City Limits
For decades, Austin City Limits was a charming, well-kept PBS secret mostly among fiercely loyal Texans who loved seeing no-commercials, no-frills performances from musicians who usually looked thrilled to be a part of the ACL performers club started by Willie Nelson about 30 years ago. The inspiration for the popular live-music festival in Austin every fall, ACL received probably its greatest attention a few years ago for hosting Coldplay (check out its Guest Appearances page and you too will wonder what in the heck a megapopular British band was doing in the small, casual Austin City Limits performance studio), but it hasn't meant a permanent turn away from the usual blues, country, folk, and rock acts for whom this hour-long show is a really big deal. Tune in when you get a chance -- as Coldplay's Chris Martin said while talking to a kid sitting in the front row of the audience, "This is a pretty cool place to be when you're 11, isn't it?" Actually, whether you're in the studio or watching the broadcast, it's a pretty good place to be at any age.

like finding a diamond in the litterbox...
...or at least a large Cubic Zirconia. I came across this on the schedule one night and tuned in because finding a cheesy title in the ABC lineup was such a rarity. ;-)

This being back in the days when Fox was becoming the megaloczar of disaster reality shows, I *was* intrigued by the idea of ABC spoofing them. What a find! Belzer's deadpan delivery of his very dry-witted commentary about cars turning on their owners kept me laughing through the entire show and reminded me of the best satires from the old National Lampoon radio show during his tenure with it.

Wonder if this gem is still viewable anywhere?

Interesting cast, deep issues, average movie.
Unfolding more like a play than a TV movie, A Gathering of Old Men amasses a worthy cast to slowly drive home a point about racism that shouldn't need making ... but with this group of talent, is still strong.

The story begins with Charlie (Breaux), a black man, on the run from a tractor (!) driven by an angry white Beau vowing to kill him. Charlie disappears into a shack, and when Beau follows him into the yard with a shotgun, another shotgun appears from the door of the shack and shoots him dead. Charlie and Mathu (Gossett) emerge, Charlie stammers some excuses to take off, and Mathu shoos him away just before firebrand Candy (Hunter), who's known and "protected" Mathu and his people all her life, appears. Without asking, she assumes he's the murderer and begins to recruit every elderly black man in the surrounding quarter to appear with a recently fired shotgun -- all know what she's up to, and all fall in like soldiers fighting their own last, great war to protect Mathu by assuming the mantle of guilt. After all, each has a reason to hate the racist Beau and his family, so each has a reason to stand tall and claim the murder regardless of who pulled the trigger.

Along with a taciturn Louis Gossett Jr, most of the "old men" are familiar as supporting and background actors, and one could stretch the point that the fierce pride and determination each brings to his lifetime-of-indignity role comes from a career often stifled by the Hollywood hand that should have fed him. But even without the big plot moments like Joe Seneca's emotional speech about his son's unjust death, their screen presence -- one wears a suit, another has donned his old Army uniform -- makes a telling point. Add a soundtrack by jazz bassist Ron Carter and the live musical presence of legendary fiddler Papa John Creach as one of the old men, and the production explodes with atmosphere.

The film is based on the novel by Ernest J. Gaines (Autobiography of Miss Jane Pittman), adapted by Charles Fuller (A Soldier's Play/Story), and directed by Volker Schlöndorff (Palmetto). Gaines' novel is told from numerous points of view, and Fuller and Schlöndorff use this device just often enough to confuse an otherwise straight story line. Other weaknesses, mostly from the "white" side of the tale, drag the pace and weaken the overall message. The issues the story would like to cover are just too deep to fit into a 90-minute movie.

But aaaaieee -- what a gathering of talented "old men"!

Since it's been 22 years since I saw this movie, I can't supply plot details, but the impression that it made on me -- that it was the worst movie released in the spring of 1980, and I saw every commercially released film that spring -- has stayed with me all these years.

I do recall that there didn't seem to be an original idea in the script or a single energetic performance among the cast, that most of the "funny" lines fell flat, and that quite a few people left the theatre before the end.

Sorry; wish I could add something positive here, but ... well, this bad a review might at least garner it some video rentals by the curious and masochistic ...

OK, but "The Thin Man" it ain't.
Serviceable part-time-detective story set in the world of rare-book collecting and presented in the Thin Man style. (The writer, Harry Kurnitz, later contributed to the 4th and 5th Thin Man movies.)

Points for premise and some good one-liners ("I request the pleasure of your absence"); unfortunately, the leads wear their roles with all the comfort of sackcloth. Robert Montgomery's transitions between lighthearted husband and tough-guy sleuth are awkward -- like he was just rehearsing to be Lord Peter Wimsey in "Haunted Honeymoon" a year later -- and the usually superior Rosalind Russell as a "wifey" isn't sharp enough for the Nora Charles league.

Otherwise, it's an OK way to kill some time on a rainy afternoon ... but I wouldn't waste 1.5 hours of videotape to watch it later.