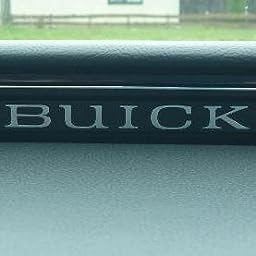 Interesting and unexpectedly differentiated view of police work
"Banditen der Autobahn" (meaning "Highway Bandits" in English) is a West German crime drama shot in 1955 in black and white. The no-nonsense title refers to a group of four individuals who routinely and frequently conduct armed robberies on an unspecified German Autobahn.

The hero of the movie, however, is a uniformed policeman (played by Hans Christian Blech, a German character actor even many international viewers should be familiar with) involved in catching the criminals who accidentally runs into an old war buddy that happens to be one of the highway bandits.

This film is rather sophisticated in its realistic and unflattering depiction of police work and policemen, who are not shown as by-the-book knights in shining armor but as mere human beings. The same goes for the bad guys who are neither vilified nor romanticized. All actors involved are competent and convincing.

The movie also features a nicely staged barroom brawl including a cat fight and a very decent car chase, both of which quite good by the standards of the day and easy to watch today.

I, for one, like this movie. Chances are slim that international viewers will ever catch it on TV, but it's available on DVD here in Germany - in German, of course.

Nice acting for a musician
In this 17-minute musical short, Gene Krupa plays Gene King, a small-town big band leader who takes his locally famous orchestra to New York to make the big time in the music business. The Big Apple, however, turns out to be a tough nut to crack for an unknown band from the sticks. Since Gene and his boys have to eat, they take jobs as waiters at a swank night club. Unsurprisingly, professional jazz musicians are just not cut out for such menial tasks. On one occasion, Gene even spills soup over a distinguished older gentleman guest, causing the French head waiter to explode, if only verbally. One night, Gene's fiancé, a girl singer (played by Nan Leslie) from back home, walks into the club. Having promised her (and the whole town) to make good in New York, Gene and the boys spontaneously occupy the bandstand while the regular band takes a break and play a hot, jazzy tune, pretending THEY are the band. Needless to say, their little show backfires as the club's owner, furious over the violation of his "polite music" musical policy, immediately puts the boys out to pasture. However, after a short gig at a Russian restaurant, they are re-hired because the night club's customers have been clamoring for their return. Finally, their big break is here. Apart from the snappy tunes played by the band in this film (Boogie Woogie Blues, Opus 140, Up 'n Atom), the big surprise is Gene Krupa's acting. Even though he was not a trained actor, he does a very credible job in this comedic assignment - as he did in his other movie appearances over the years. He was a born showman, with good looks and talent galore. The members of his band are part actors, part real musicians like trumpeter Red Rodney. If you look closely, you can spot a very young Gerry Mulligan in the outfit, tall, skinny, and red-haired (distinguishable even in black-and-white). The music is excellent, of course, with the brass section playing at full blast and with wonderful precision. Gene's drum solos are just out of this world, as usual. If you dig big band jazz as I do, you must not overlook "Follow That Music"

O'Keefe plays an American detective who is in charge of guarding a masterpiece painting by Leonardo da Vinci during an exhibition at London's famous Tate Gallery. Gray plays the American daughter of a somewhat destitute British painter who never received the artistic recognition he deserved and who arouses O'Keefe's suspicion.

O'Keefe is investigating the theft of two other da Vinci masterpieces that had occurred earlier in Florence and New York. In both cases, the paintings were stolen and replaced with near-perfect forgeries as cover-ups. O'Keefe suspects something similar is bound to happen at the Tate Gallery, which would give him a chance to catch the thief and cash in on a $ 50,000 reward. Problem is, while he suspects Gray's father to be involved in the art forgery scheme, he also falls in love with her.

While certainly no film noir, the movie does use some typical and nice to look at noirish lighting techniques. The film's pace and storytelling is more American than British and O'Keefe and Gray do a credible job, although neither gets much of a chance in terms of character development, not to mention the other actors.

The Tate Gallery footage seems to have been shot on location, which lends the picture an air of authenticity. A splendid touch is the use of variations on Mussorgsky's famous composition "Pictures At An Exhibition" for the musical score.

While "The Fake" is certainly no masterpiece, it does keep the viewer interested while it lasts. Being both an O'Keefe and a Gray fan, I give the movie 7 out of 10 points.

Kenton's band at full blast
"Let's Make Rhythm" is a 20-minute compilation of some of Stan Kenton's greatest tunes (Artistry In Rhythm, Concerto To End All Concertos, Tampico et al.), wrapped in a pleasant, but not overly ambitious plot about a sailor and a soundies-box girl who only know each other's voice, but have never met face to face. There are the inevitable complications, but in the end, the girl gets her man (or vice versa, depending on one's point of view). The purpose of this movie, however, is to highlight the Stan Kenton Orchestra and the glorious, exciting music of his "Artistry In Rhythm" period in the mid-1940s. Shot in 1947, we get to see - and hear - such fine artists as the charming and talented singer June Christy, drummer Shelly Manne, bass player Eddie Safranski, tenor sax player Bob Cooper and the many other superb musicians that made up Kenton's powerhouse band. Needless to say, watching a very youthful-looking Stan "The Man" Kenton himself, dressed in a sharp-looking dark suit and pounding the piano in his inimitable manner is a real pleasure for any Kenton fan and for any lover of jazz, swing and big band music in general. Kenton even gets a few lines of dialog. All in all, "Let's Make Rhythm" is a most welcome opportunity to watch and hear the Kenton Band in its heyday. The movie is available on DVD and VHS (from Storyville Films), together with soundies featuring other swing-era name bands like Artie Shaw, Jimmy Dorsey and Benny Goodman. If you like swing music, this is for you.

Allyson and Johnson make a great couple
Let's get this straight right from the start: "Remains To Be Seen" is neither a cinematic masterpiece nor a standout comedy, even by the standards of its time. The storyline is rather thin, too, plus the movie tries to be a comedy and a mystery thriller simultaneously, a combination that rarely works.

Still, I like it a great deal. Why? As a light comedy, it's certainly entertaining and even a sourpuss will get at least some laughs out of it. Then, it's the setting, New York City in the early 1950s, a fancy apartment building on Park Avenue. I admit I've always been sold on 1940s and 1950s culture (including movies), the architecture, the automobiles, jazz music and even the way people used to dress back then. Americans in those days may have been a bunch of commie-baiting, racist, chauvinist bigots (I'm not saying they were, but they've certainly been amply characterized as such), but they sure had style, much more so than today (but that goes for popular culture in most Western countries, including Germany).

Anyway, what makes this movie really worth watching is the chemistry between the two main characters, played by June Allyson and Van Johnson. They gas each other practically the moment they meet, a fully credible romance one simply has to find enchanting. They're a wonderful match, two wholesome and outstandingly likeable people who seem to have been made for each other.

Other plusses for "Remains To Be Seen" are a host of great character actors like Louis Calhern, Barry Kelley and Angela Lansbury and, last but not least, an all-too-brief appearance by the magnificent Dorothy Dandridge, playing herself in a spirited, swinging and highly sophisticated rendition of that wonderful song "Taking A Chance On Love". Plenty of good swing music in that movie in general.

All the more reason to watch "Remains To Be Seen", which I caught on German Television late at night (and videotaped on that occasion). I'll keep it forever, that's for sure.

A masterpiece of TV crime dramas unequaled today
I came across "Naked City" three years ago when the series was aired on German television for the first time, to my knowledge. Since it was shot in black-and-white, the show got only a dismal slot in the early morning hours, running always between three and five a.m. Thank God for videotape recorders. Not knowing what to expect, I was stunned the very first time I watched a "Naked City" recording. Here was a crime drama show that was intelligently written, expertly produced, with first-class acting and excellent on-location photography. A show with actors that look like real people, a show that keeps you glued to your chair without having to resort to the eternal mindless shootouts and car chases modern TV series seem unable to do without. Even after being dubbed in German, which normally detracts from the qualities of a show, it was still a joy to watch. Whenever the show was on, I went to great lengths to record it, gladly adding another episode to my video archives. "Naked City" is a real treasure that proves that television does not necessarily cater only to the needs of people unable to follow an intricate plot. I will keep these "Naked City" videos forever.