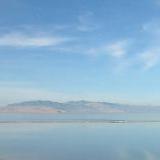 Homeless people and support systems
Several dozens of interesting interviews in 12 cities, with homeless people, their experiences, and the people who assist the homeless. Well assembled cross-section exploring the homeless situation In the USA before Covid-19. I'm sure some things are still the same now, as the basics of finding a place to sleep, a place to shower, wash clothes, and find a job are human problems for all. Worth watching if you want a truly human perspective to gain insights on homelessness.

Far better than just a comedy, if you go deeper
Coupe de Ville is on HBO Family this month. Good movie about these three brothers' and their dad's relationship, or any family relationships, fraught with mischief, hijinks, and adventure.

Enjoyed it, even though it may now seem dated, the movie had it's great moments. Consider it timeless, or consider it an entertaining coming-of-age period piece from the 1980s... I found it very under-rated, well worth seeing, and I agree, it could be worth watching again.

The situations, conflicts, and their solutions were not only very entertaining, but ultimately satisfying, somehow. It has some qualities that reminded me of dynamic relationship films like Breaking Away or Stand by Me.

Ultimately, A Sadly Disappointing Mess .. Bummer!
So, this was on Encore Mystery (Satellite & Cable TV channel) this week. Hmm, IMDb #249, must see this one, or so I thought! TiVO, record, may want to watch this one twice. I know, David Lynch has made some remarkable, complex films.

After my 3rd viewing, decidedly, there is nothing worthwhile here, just a haunting disappointment.

I am now ambivalent towards David Lynch films. A few of his other films were weirdly interesting and highly viewable. Not this one. It was a big mistake, filmed first as a TV pilot, rejected, then salvaged by adding a second half, then the incoherence explained as dream sequences.

Watched it, then read 100 reviews, director's hints, FAQ, watched again. Still unsatisfied, wished I had not even wasted one millisecond of my time to press Record. Three TiVO thumbs down on this mishmashed waste of time, poorly filmed, horribly edited.

Not entertaining, just depressing. Too many very poorly filmed whispy details which only elude, confound and confuse. If you like plot hints which are so subtle as to require 2 or 3 viewings, okay, but please ... filmmakers, make the experience worthwhile. I found NO payoff in watching this film. A few nicely filmed scenes, but many largely bad ones too. Just bad cinema. I will long remember this mess as one of the worst films of all time. (See Memento, Inception, The Usual Suspects or Pulp Fiction, infinitely better than this film.)

A few more low votes and it should be knocked out of IMDb 250, it clearly does not merit being in the top 250 movies of all time. Only film students should be interested in seeing this as an example of a very, very bad film, lessons learned. It could have been far better. Dreams vs. Reality counterpoised, nice concept, very poorly executed here.

If you enjoy watching a tragically sad, convoluted, Disappointing Mess, see this film, otherwise, skip it.

What is reality? How do we know we are dreaming? What is the power of an idea over our lives?

This movie is both highly emotionally and intellectually gripping. It seems to take hold on a visceral level very rarely experienced in a movie. The tension brought about by the action and soundtrack... Is there something subliminal going on here?

It's more about our wet brain "software" than about hardware... A journey of the mind, between dreams and reality ... Forget the biotechnology (enabling as it may be) it's far more about our brain ware, the nature of mind, existence, and the trajectories of ideas. The dream worlds that interact with our real world actualizations, as the present interacts with our future.

There are so many (more than 4, less than 7) plot levels, and dreams-within-dreams, it produces a challenging enjoyment for the mind to comprehend it all. Bah to the detractors who just don't see it as masterpiece. Confusion is simply the inadequacy to comprehend many simultaneous levels.

This is the next level of motion picture evolution. Congrats to Chris Nolan for setting new levels (multiple, simultaneous) that becomes the new standard -- post Matrix and post Memento -- again.

This movie experience may stand in time as a milestone accomplishment, in Film-experience, and in ontology, I believe.

A highly enjoyable action movie experience, perfectly assembled in a multi-faceted gem of a film. (10/10)

A tense drama about the brief intersection of several lives
Paths cross at random, and several ordinary lives are interrupted by an abnormal event, a robbery at a gas-station mini-mart.

Tension, fear, panic, and racial stereotypes color the parallel observations made by a black man and a white woman, who each made incorrect assumptions and snap judgments, until a surveillance video-tape is revealed, which causes the observers to reassess.

A thought-provoking film, which brings stereotypical thinking patterns into question.

We tend to see things as we think they are -- our viewpoint and unconscious bias produces automatic characterizations and ungrounded assessments.

Things are not always what they may seem.

Stylistically reminiscent of other films, like Pulp Fiction, and Snatch, but it does not come off nearly as well. It lacks energy, and does not engage sufficient interest.

I will stop short of saying that viewing this movie was a waste of time. It has its moments, but there is a lot of mediocrity to wade through between the few good bits.

It left me a bit disappointed, with unrealized potential, wishing it had been better, as it seems to me it could have been.

A total waste of time and a very big disappointment!
It is difficult to believe that so many people thought this load of crud was a good, entertaining movie! Sorry, I could not suspend my disbelief long enough to be even slightly scared. This movie was simply bad, way more annoying than scary or interesting.

I just watched it on FX -- I was curious about this movie, since there had been so much hype about it when it came out in theaters -- I thought I would give it a chance. MY MISTAKE -- it was a total waste of time! The ruse of being "discovered" ... what a poor excuse for BAD camera work, a total lack of concern for continuity, and an awful soundtrack.

Almost everything else sucks about this movie! I have seen much better film work done by elementary school students... too bad they didn't have the backing to release and make money off their work.