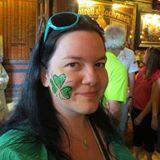 Kill your darlings
Someone had what seemed a good idea at the time: Put Liz Keen at the top of The Blacklist. And then it turned into a darling they couldn't bring themselves to kill... they should have because now the entire plotline is driven towards this one thing: Liz at the top of the list and the task force after her, and here we go...

Great movie if you just want entertainment - which I did.
First off, Ryan Reynolds is very Deadpool-ish in this movie, just with a bigger bank account.

The props are stylish, the colours bright as hell, the explosions are too many to count (it's Michael Bay, you know what you're getting at this point) - but the sassy oneliners and quips between the cast members of the team adds to a reluctant team spirit that I found charming and really funny.

This is not a profound movie. It wont offer you long journeys of self discovery with poetic dialogue, but it's not actually trying to anyway. I had an idea of what this movie was going to be when I put it on and I got pretty much what I expected. I laughed a lot through it and thought the characters were cool, especially the French assassin and Ryan Reynolds' "One". This is the kind of movie I'll be watching again.

Great entertainment and the soundtrack is pretty cool too.

Charming and witty action movie
I find it no surprise so many people "hate this movie", it was inevitable with how much people hate "woke" and "feminist" stuff these days. I'll give half of the hater a pass and assume they just didnt vibe with the movie, but the rest are people who decided to hate it before they even saw it because they read "girl power" before entering the cinema.

I've seen it twice now and I really enjoyed it. The cast works really well together, Kristen Stewart (who I was never really the biggest fan of) truly shines as the slightly off-spectre Sabina, she's quirky, reckless and with a serious dry wit that made me laugh plenty. This role looks like it's made for her. The other two angels I had not seen before at all, but they really come into their parts as the badass (Jane) and the totally out of her element nerd (Elena).

The trio work really well together and I felt their relationship develop throughout the movie into a real sisterhood (another word people seem to hate, btw).

The supporting cast is excellent sporting veterans like Patrick Stewart and Elizabeth Banks (who also directed the film, brilliantly I might add), as well as the dudes who play Elena's adorable nerd-colleague, Hodak the stone cold assassin, Saint the funny, spiritual "angel fixer" and the douchy, but funny "Australian Johnny". Sam Claflin also gives a fun performance as billionaire CEO playboy smartass.

Does the plot have holes? Of course. Is the movie as profound as Schindler's List? Of course not

What do you expect though? It's Charlie's Angels. It's fun, action packed, colorful, luxurious, witty and above all: Charming as hell.

I am praying for a sequel.

Keeps you guessing (Spoilers)
I saw this mini-series again on a Norwegian channel this week. I remembered the story, the plot and the ending from before, but that certainly didn't stop me from seeing it again. This story keeps you in suspense throughout the whole "film", and you can't help feeling empathic to the main character, Marni, as she struggles to unravel the truth about what happened to her husband and why.

At the beginning you see scenes that portray how happy she and Liam are, and what a miserable couple their neighbours are in comparison. (They're actually quite miserable anyway) You get the feeling that the nextdoor neighbour's wife, Deanne, is the one trapped in a marriage she needs to get out of. Her husband, Ray, is a drunk and quite the loser. He has beat her about a lot in the past, she explains to Marni.. And she's got the pictures to prove it.

The story progresses from these explanatory scenes with Liam not showing up for a fund raiser for the new swimmingpool-hall that is to be built. He went home to get a clean shirt or something and Marni tries to call him. Eventually a stranger picks up and tells her her husband's been injured and she has to come home.

Liam is stabbed and very badly injured... By Ray..... Liam dies and Marni is left with all the questions.. Ray is charges with the murder, but why did he do it?

The answer to this will chill you to the bone.

Definitely worth the watch!