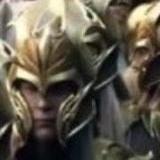 The most 'Gain' you'll get at the movies this year!
Pain & Gain is Michael Bay's bizarre passion project. Upon reading that, you would probably start thinking about all the action sequences that Bay has directed over his career. But understand this: this is not an action movie. There are two very short action sequences in the movie that last no longer than two minutes each. Pain & Gain is strictly a black comedy, which in turn is in vain of Bay's Bad Boys roots.

This is easily one of the most offensive movies I have ever seen, but that is the charm of it! There is something in this to offend everybody; just don't take it too seriously. This is by no means a "feel good" movie but it is a fun movie to watch and very quotable once you've left the cinema.

I read the true story which this is based on when I first found out Bay had been trying to make this movie for many years; that was back in 2009. The true story is a very horrible tale and the film was surprisingly very accurate to it. Of course a few liberties are taken, but the film is easily 95% true story.

So yes, this is a true story that is being told as a black comedy, but don't worry your little heads off. Pain & Gain is a character study of how an idea can become an obsession, how it can change a man, as the movie clearly moves from a lighter first act into far darker depths in its final 30 minutes. The main characters – the Sun Gym Gang – feel like normal people from the start of the movie, but they never start off as likable. Yes, they are the main characters, but no sympathy is felt for them. This may be a black comedy, but it is very black, it takes the Sun Gym Gang's crimes very seriously and respects the victims.

Pain & Gain is a modern-day art house movie, aided by its low budget. I think it is Bay's best directed film; the script is electrifying and features heavy character development, the acting is at its finest, especially Dwayne Johnson who puts on the best performance of his career. Steve Jablonsky's score is also electrifying and feels vibrant as it delves into the depths of the criminal underworld and the bodybuilding lifestyle. The editing is slick and the movie moves at a fast pace.

It's late August 2013 and Pain & Gain is currently my favourite movie of the year. For fans of the true story, go see it but keep your expectations low, blood wise. The film remains largely gore free. For Michael Bay fans, go see it and enjoy another visual masterpiece that despite the lack of action still features many Bay conventions we've come to know and love. For the general public, keep the kids at home and go see it; just go in with an open mind and don't take everything too seriously, but still remember that this is a true story. For the critics, forget everything you know of Bay and go in with your mind as open as a stripper's legs. If you don't enjoy this concoction from one of the greatest modern day visionaries then you clearly have the critical STD of bias and boredom.