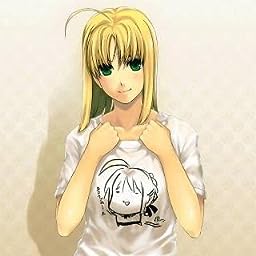 A pedigreed treat for stage lovers.
If I hadn't known what Fences was going in, I would have been able to tell before any color hit the screen. In a second before the vibrant world of Fences fades into view, the astute theater-goer will recognize the fast-paced almost narrative cadence of two characters talking as lines written for a stage play. Fences is an adaptation of August Wilson's 1987 play, a part of his Pittsburgh Cycle. It won the Pulitzer Price for Drama in as well as the Tony Award for Best Play, repeating this with the Tony Award for Best Revival of a Play in 2010.

We're not venturing into mere trivia either, as that revival starred Denzel Washington and Viola Davis (both taking Tonys for their acting). Not only do both reprise their roles in this film, but Denzel Washington directs. This probably explains why Washington puts in such a theater-like performance. For him, it must have felt like stepping into old shoes with very little desire for change. As I alluded, those accustomed with the stage will recognize and probably even like the kind of performance that at all times demands audience attention, as on stage, you have to do exactly that. In movie form, some might confuse it for scene-chewing, but either way, it gives his character a larger than life affability. As is said in the movie, his ability to fill a house could apply as much to his small house in universe as it could to a theater house. It goes a long way to explaining why in the end, these characters have such a strange respect for a man who is such a heinous character.

If it seems like I'm only praising Washington's performance as relatively good, that might be because he shares the screen with Viola Davis. Davis's performance is not only more suited for film, a medium she has taken by storm lately, but it's also transcendentally fantastic in its own right. In one pivotal scene, Davis's character pours her heart as the actress pours tears and snot down her face. It's not many movies that I can leave and think, boy, we really should have more snot in our films. When it comes to movies, I like to think of myself as an everyman. I approach the Oscars with a sort of double-speak. There's the film that should win (Moana), and there's the film that should win and has a chance (Hell or High Water). In a rare moment of finding these opinions in concert, I could only describe the possibility of Viola Davis not taking home the Best Actress Award with one word: ridiculous.

Denzel Washington certainly doesn't need to feel upstaged. While August Wilson wrote the screenplay himself before passing away in 2005 (a little uncredited work was done on it by Tony Kushner, who settled for a co-producer credit), it's still no small feat to take something designed for the small stage putting it on a film screen. A while the film is still more than a bit obvious, I think Washington really did as much as he could to make it as a good a movie as it could be. There are few real scenes and constant talk, but there's just as much constant motion. Characters walk down a crowded street, transition through the house, come in and off screen organically. It gives a similar effect as if a long scene was done in take. But none of this would matter if it weren't for the impeccable set design. Taking place in the actual Hill District of Pittsburgh that was so important to Wilson's stories, the recreation of the 1950s feels almost too alive. The back alley where the eponymous fence is being built is very reminiscent of the set of Rear Window, perhaps smaller in scale, but feeling no less lived in.

Fences is a film built upon quite a pedigree, but what is it about? I believe that Fences is a story about masculinity. In the film, masculinity provides. It helps you ensure that get what you are owed. But masculinity also takes. Troy Maxson (Washington) is an old man obsessed with what he believes the world owes him. The world owed him glory in sports. The world owed him a better profession. A better standard of living. He even believes that the Grim Reaper owes him life. Even though there are legitimate arguments as to why he never obtains these things, we can still say that they are fair wishes. But as the movie progresses, we see that when he tries to take the things he's owed, he doesn't necessarily think about who he's taking from or what they are owed.

Due to its strict adaptation, Fences is extremely dense in its amount of talking compared to other films. The depth this gives to its characters and sheer literature value certainly goes a long way to cement Fences as one of the smartest films of the season. But I have to be a little self-aware and recognize that as a source of entertainment, Fences probably appealed to me mostly as a man who enjoys the stage. Others might not be as indulgent with it as I am.

Zoids kick butt, and so does this show.
When I was a kid we had this one-hour programming block on Cartoon Network right before we went to school. It was the on from 6:00 AM to 7:00 AM. Unfortunately, most of the shows they had on it weren't very good. When Zoids aired, now that was something to enjoy. In the very second episode we saw guns, bandits threatening villagers with guns, even priests retaliating with guns. Other networks still censor guns out of their children's programming. Zoids was the show to watch, and when I got to school and encountered my friends, that day's episode was the first subject of conversation. Imagine my surprise when I went back to rewatch and discovered that it was in fact an extremely awesome show.

The original Zoids is actually two different shows. The first, Chaotic Century, follows the adventures of Van Flyheight, a rambunctious fellow who finds a small dragon Zoid and a naked girl with no memory in some old ruins outside of his hometown. He names the Zoid Zeke and the girl names herself Fiona. Zeke, an organoid, has the power to drastically increase the capabilities of any normal Zoid, which is good because Van kinda sucks at piloting at first. Van and Fiona go on an adventure to find her memory, and are eventually joined by Irvine and Moonbay. In their travels they get pulled into a war between the Guylos Empire and the Helic Republic, they have to protect a prince from the evil machinations of Minister Sephiroth, er, Prozan, and are constantly harassed by the villainous Raven and his own organoid Shadow. It's a feel good adventure with a decent amount of peril (at 6:00 AM, anyways).

The second series, Guardian Force, takes place some time after Chaotic Century. Van is older and kicks serious butt. The Empire and the Republic join forces to establish the Guardian Force in order to combat a recent wave of Zoid terrorism, at 6:00 AM, right after 9/11 (Go Cartoon Network). The team consists of Van, Fiona, and some lech named Thomas. The first half of this series really suffers from filler episodes, but the show makes up for it. The second half is dedicated entirely to combating a short series of downright monstrous Zoids. It's extremely dark, and consists of seeing the Guardian Force come up with desperate plans strategies, watching them flee constantly or face annihilation, and watching cities get destroyed. Two of the more powerful Zoids are named the Genosaurer and the Genobreaker. That's Geno as in genocide, which is exactly what happens during Guardian Force, at 6:00 AM.

Van is a small town boy who wants to be a great Zoid pilot just like his father before him. He's the least original of the main characters, and you've seen this stock character before plenty of times but that's because it works. Fiona is a lot like Fina from Skies of Arcadia, or Melfina from Outlaw Star. The whole, "I don't know why I'm here, I'm socially awkward, can you help me find my purpose?" sorta thing. I'm almost inclined to believe she's another stock character, but she brings her own charm to the role and is easily my favorite anime character of all time.

Irvine is an enemy at first, and a daunting one too, but he eventually joins the group. He's Snake Plisken if played by Harrison Ford. He's got the headband and eyepatch, says cool things like "Never tell me the odds", and is generally pretty laid back when not being the only character in the group to carry a gun and kicking butt with it. Moonbay is a transporter who helps move Van and Irvine's Zoids around during long journeys. She's smart, but her vice is greediness. Yet while humorous, it never really becomes stereotypical in her case.

Van's arch rival is Raven, an anti-social punk who hates Zoids even more than he hates people. He gets two of the most daunting Zoids in the show, but it's him in the pilot seat that's really terrifying. When he obtained the Genobreaker during Guardian Force, you knew that very dark times were ahead for our heroes. During Guardian Force Irvine and Moonbay get turned into recurring cast, and Thomas is introduced as a main character. Thomas is kind of a jerk to be honest, and spends most of his time hitting on Fiona much to my confusion (well, if Van is an adult by the second season then Fiona must be, but still...).

The show has a cool main cast, but that's not what it excels at. Zoids has by far the best recurring cast in any show I've ever seen. For instance, the first episode introduces a bandit group. In many shows, this group would have been easily defeated and possibly killed (or destroyed, if 4Kids had its way). In Zoids they keep coming back and keep getting defeated. Again, not too odd, but any other show would imply that they were incompetent and turn them into a comic relief. Not Zoids. They are truly worthy adversaries for the first part of the show. They evolve as characters, grow on you, and even turn over a new leaf just before their unfortunate and sad demise. You love the good guys and despise the bad guys, no matter how insignificant they may be, and you almost always remember a character's name.

I don't know how to summarize the appeal of the Zoids themselves. Many scoff at the idea of animal shaped robots. Many are under the mistaken impression that Zoids rips off a number of series. These people are not very open-minded. Zoids kick butt, and so does this show.