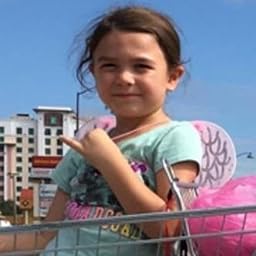 Love to Women: Feminist Films Most Recent Polls (#180 - )(August 2019 - ) Celebrating American Independents LGBTQ Pride Polls The Critics and Audiences Agree... 2021 Emmys — Outstanding Writing for a Limited or Anthology Series or Movie "Ozark" Character You'll Miss the Most Favorite Independent Film of the 50s and 60s What Ever Happened to Wilson? Face-Off: Scorsese and Ebert's Best Three Movies in Common: The 1990s

First few episodes are an excellent start
All of the leads are women; this should be applauded. When only one-third of women and girls in movies and TV have speaking parts at all and "speaking part" is a very low bar, women-led series need to be recognized. The protagonist, while no perfect feminist icon, is keenly aware of both misogyny and the ways in which she perpetuates it. She's beautifully self-aware and actively struggles to be better to herself and others: as she says, "I am trying to be better, but what if I actually don't have better in me?" In both TV and the real world, we need more honesty and willingness like that. Oh, and did I mention it's well-written, entertaining, and funny?

Maudie: The whole of a life, beautifully painted
This is a quiet, slow film. During an era when time is counted by seconds and illustrated with the clownish stunts of a President seemingly more concerned with ratings than with any fabric of life, with society's shorter and shorter attention span, when movie screens are deluged with computer generated images, million dollar special effects, car chases at maximum speed, and lead characters with superhuman physical powers, Maud Lewis stands in her space occupied by Sally Hawkins, the actress who gracefully captures the heroine's awkwardness and beauty for film, and says, "I am to be counted." This film is to be counted. And I'll pass on films faster than a speeding bullet and choose Hawkins and Ethan Hawke as they steadily tell the story of the real-life painter and her husband, Everett.

The film is much like a painting, using images to portray a life. There are few words and barely one is wasted. The dialogue, like the house in which much of the lives are spent, is spare, using colors and landscapes and objects and faces to tell a simple, amazing story. Much like the artist, Maud Lewis, did, the filmmaker shows us how he sees her world through the sense of sight: a single, still wooden wheel against a backdrop of a brown and gold wheat field, the wooden houses of reds and blues sitting on the hills of Nova Scotia, next to the sparkling sea, still clouds against a radiant sky, a woman's face suddenly opening with a large smile. The photography is dazzling, stunning, yet soft. With all to see, the ear is not neglected: Michael Timmons, the creative force behind the band The Cowboy Junkies, uses his moody, smokey hues to gently orchestrate the score that is true to the woman at the center of the film, and a few lovely songs dot the soundtrack with emotion, language, and beginnings and ends, stirring the canvass of the lives we are invited to witness and, through adroit performances by the actors, even enter.

Maudie is what Maud said of windows: "The whole of life, already framed, right there - " and anybody would be lucky to see how it reveals itself.

Entertainment and Integrity in a Compelling Caper
This is an important film. What you will learn is disconcerting but the manner in which you'll learn it is enjoyable.

It is well organized, revealing "clues," in the form of convincing evidence, as this whodunit unrolls into a persuasive case against corporate money in politics, the power of the oil industry over both the auto industry and government, and the power of all three to subvert the will of consumers and the well-being of the citizenry.

Some documentaries are dry, and while they may present strong cases, they offer little in the way of keeping the audience engaged. Some documentaries, on the other hand, are little more than empty entertainment in the guise of serious exploration. Some are so polemical as to alienate the viewers they're trying to persuade. Who Killed the Electric Car is entertaining, unfolding the way a great mystery does, while also maintaining journalistic integrity and evidentiary rigor.

I couldn't help but to compare it to, for example, many Michael Moore movies. Moore can be an excellent filmmaker in many ways but, while I agree with him on the issues, he too often ignores empirical evidence and cogent argument, even though there is much of both to buttress his conclusions. Instead, Moore too often appeals only to the viewer's emotions, lessening his credibility. Chris Paine, the writer and director of Who Killed the Electric Car, doesn't exchange logos and ethos for pure pathos. Rather, he combines all of the essential elements of documentary filmmaking and offers us a product that is simultaneously engaging, convincing, and credible.

Triple Crown of Acting Winners - Who Is Your Favorite