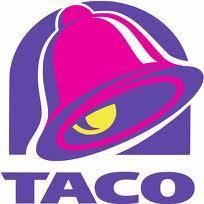 Something in it that touches your soul but scientifically... Ouch!
Its probably the first movie calling Mar's as 'home'.

Its also probably the first movie which showed the connection between two humans can be so less demanding but yet so scantily available.

It's also the first movie which finds the novel treatment of rapidly dropping blood pressure! A lift up into the stratosphere!

Touching in its childish manner.

The lady who is lost
Not much of a brainer. Tried and tested formula. Many movies made on this concept before! And the cops always come late.

Moral of the movie: Don't honk.

Enough already
The world is sick of real pandemics and I guess these apocalyptic end of the world movies have been predicted by hollywood since ever. Please stop this already. Its suffocating.

About this movie, it a low budget not-so-scary contamination scenario which was marred abruptly due to lack of creativity. Nothing to watch here except probably the lead actress Liana Liberto's acting skills and her genuine attempt to cover the absence of a script!

What's with the hatred?
It was an amazing movie, and even if you hate it, you know what they say, you may never ignore a George Clooney project! :)

The point being the earth has become unbreathable and Kepler 23 is the next best hope for our survival is quite believable. The parallel story of Dr Augustine's personal life and his failed relationship and the little girl being just a figment of imagination of his lonely last days on a dying planet was just magnificent.

The hope of letting go and starting afresh is breathtaking.

So I really don't understand the reason, why..

Below what I was Expecting!
I saw this only because of ASR, as I happened to be a big fan since the days of Terabithia, which I could relate very much. Personal reasons!

But this series was really disappointing. Other than the acting of ASR, nothing much to see. Very predictable right from the beginning. Aliens trying to create alien human hybrid and take over the planet, after visiting us from some far away galaxy? Oh, come on. Aren't you bored of it, that concept is being used since the 70s or since the beginning of cinematography or even longer before from HG Well's War of the world.

And why even make episodes of 8 minutes duration, and not make a movie or short film instead? Even YouTube miniseries are longer than this!

So many controversies in the episodes too! Why did that Russian doctor insisted her to go when it was a normal baby to begin with! Why did she want to keep the baby so long when she knew something was wrong! And googling your symptoms of illness, what message are you sending to an already tech overwhelmed generation, denying to believe in science, whatsoever!

Biggest question so far. Why do all aliens have to look the same, as if they changed sets from the 1980's Species! Lol

So they knew it coming!
This movie is almost the exact replica of the present day SARS-CoV2 pandemic and it was released on April 27, 2019 at a film festival, way before the virus made significant news anywhere in the world! How exactly? Go figure.

An adrenaline pumping film with an obvious ending
To summarize, a super talented physicist who has virtually discovered the key to invisibility, can attain anything and anybody he wants, is obsessed over a not so special woman who is super manipulative in making anyone believe whatever she wants, as usual, finally putting an end to the psychopathic journey of the man, we know, nothing about in reality but a modulated version of her (or not).

What a waste of real talents over a crazy little thing called love! Period

The rightful queen of the seven kingdoms.
I don't understand why everyone is calling Daenerys, the mad queen.

Isnt it the normal reaction? She had a traumatic childhood, an abusive brother who literally sold her to suitors in an attempt to reach the throne. She virtually rose to this level of championship, building brick by brick winning everybody's trust, freeing people from tyranny, passing through the fire test, not once but twice, giving rise to the age of dragons. She rose to that level by herself. It was her who had faith on the dragon eggs when everyone advised her to sell them off, she was the one who had faith, that one day, they would lead her to her freedom.

One must not forget, it's for her mercy that Jon and his company was saved from the night walkers the first time, leading to the fall of Visyrys, the first dragon. The battle of winterfell was long lost, without her assistance , in which she lost most of the Dothraki and Sir Jorah, who was probably one of her only well-wisher, in the true sense.

Most of the others she trusted, either betrayed her stabbing her in the back or showed cold resistance when their mission was accomplished, like Jon, even though they had played allegiance to her before the job was done, the battle of the long night. Whatever it takes to get your work done, right? The kind of hostility, she receives from the Stark family, even after she was defending their cause at a great cost to her was shocking. It was only because she was a noble queen. She could have just refused and torched the north to the grounds too. Afterall she was always a one man army.

Again look for instance her counsellors from King's Landing, always hatching plans to overthrow the order. Even in the end, Varys had been plotting to poison her to make Jon the king, and then after few days he would plot against him too. Nobody is perfect. I mean where is the end!

Daenerys saw her second dragon being shot from the sky by Euron's arrow and Missandi beheaded in front of her. Noone showed any merci then. Did the people of the KL show any mercy during Ned Stark's trial or even Cersei's walk? No, right? There's nothing called mercy. As she said, if not by love, then by fear it is. They rang the bell, but then what, had she stopped fighting they might have just killed her army and shot Drogon and Cersei might have remained the ruler. You can never trust anyone, not even your own men. And even if not that, they would have overthrown her in a short time and made Jon the ruler. Was that the ending she deserved?

The only mistake on her part, was she fell in love. Crazy things, people do for love. For which she lost everyone and probably would lose what she was destined for, in the final episode. Adios, Queen Daenerys Targaryen, you fought well and you showed path to many who are lost. 😊

A remake of Chak de India!
Definitely this movie is all set in Britain, tries to deal with the sentiments of the Indians who settled abroad in the hope of a better life, and the atrocities they supposedly faced on foreign land, but this movie has no good script and is a vague imitation of SRK's Chak de, although in a different setup! Quite impractical as bollywood flick generally are, a bowler who hasn't practiced for 17 yrs except in the dark of the night, comes and changes the scenario for the England cricket team, an underutilization of Akshay's acting skills. The only watchable thing is Anushka's expressions and how she is evolving into a professional actress so quickly since the days of RNBDJ! And ya, HardKaur should not try this other career alternative! She is better of with her rap, off stage than on it! Three cheers to Anushka Sharma! Wish you good luck.