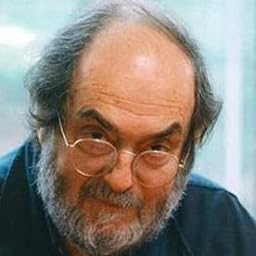 As Close To Definitive As Is Likely Possible
There was enormous hype preceding the release of this film, given the nature of the original novel, and big names involved. The initial response was mixed. While my expectations were somewhat muted, I was pleasantly surprised and, although the film wasn't perfect, can't imagine how a "Gatsby" adaptation could have turned out much better.

I'll talk about the performances first since those are what most readers will be most interested in. DiCaprio is very good in the title role. There are inevitable nitpicks to be had in regards to his performance, and Gatsby is such a nebulous character that it isn't possible to truly represent him as imagined in the book, but DiCaprio's choices are all sound. Tobey Maguire and Joel Edgarton are solid. Carey Mulligan made Daisy a bit too sympathetic in my opinion, but was still passable. Isla Fisher was the main disappointment for me, as I believe she turned her character into a caricature. Elizabeth Debicki was the other standout; she perfectly represents the literary Jordan Baker with much charisma and screen presence.

I also enjoyed Luhrmann's direction. He brought the roaring 20's and Gatsby's elegant lifestyle to life with much flair and beauty. As for the much maligned period music, I found it to be a good idea that was not well executed. The idea of playing the modern day equivalents to Jazz in the soundtrack to better communicate the atmosphere to modern viewers was good, but some of the songs simply did not fit and were quite jarring.

My main criticism is that the movie would be confusing thematically for anyone who had not read the book. This is an inevitable problem for Gatsby adaptation, since so much is communicated through narration in the novel, and as it is the movie relies too heavily on it. This prevents the film from getting anywhere near the heights of the novel. Nonetheless, for the time being, this is the definitive Gatsby adaptation, and it will likely remain as such for some time, given the strong performances and that most of its problems were unavoidable.