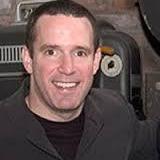 Writer/Director's Note
First, a note of caution: there's a very early, unfinished rough cut of the film circulating on the internet, released by someone who has since been dealt with legally and otherwise. Sadly, the rough cut has been downloaded and reviewed a handful of times, and the reviews are justifiably poor, considering what the downloaders were presented with. Such is life in the age of the internet.

As for the final version of ORAL FIXATION, it's a dark, almost fantastical tale which was inspired by a true story that took place on Long Island, NY, in the 1980s. The real story centered on a dentist who felt compelled to uproot, pull his child from school, move towns and switch his home telephone number because a female patient of his had become obsessed with him for reasons I will not reveal here.

What you will see in this film, although bizarre, is not that far from the truth. And in light of recent cases of obsession, such as that of the female astronaut who drove 900 miles non-stop wearing an adult diaper to allegedly murder a romantic rival, the events portrayed in ORAL FIXATION my seem even less out-of-the-ordinary.

Budget constraints limited our ability to fully explore the scope of the story, but what we were able to deliver is, in our opinion, a fast-moving, engaging genre pic that sheds light on a particularly dark side of human nature.