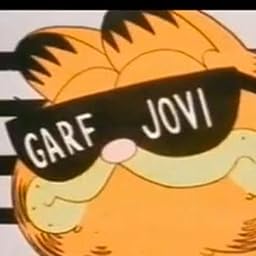 More of a trail mix than a potpourri
As the title suggests, this is a potpourri of different genres and styles: there's comedy, horror, medieval fantasy, musical, a bit of animation and it's all trying to go for a Christmas-y feeling, too.

Plotwise, Potpourri doesn't fare very well. As mentioned, it mixes all kinds of different genres, but, even though the separate scenes and events are fun, they don't add up very well and the overall story doesn't make much sense in the end.

Since we're following the separate misadventures of around 4 different characters at a time, there are very few opportunities for getting bored. On top of that, every once in a while the movie is briefly interrupted by a guy recording his movie review show while watching the movie itself, which makes it even more dynamic and is a good addition in most cases.

College-going characters in movies can often be annoying and over the top, but this cast was surprisingly likeable and I didn't have any problems with any of them. Even though there are a couple of atrocious performances (which honestly make the movie better), most of the acting was solid.

As for the effects, they were much better than expected. I enjoyed the gore and they even had a decently made puppet in there. Towards the end there were some scenes with After Effects blood, which is probably one of my biggest turn-offs in low-budget horror, but it's not too bad, since most of the previous scenes had good makeup and practical effects.

Overall, it seems that this film was a labour of love and the feeling of fun the people involved seemed to have while making it is also passed on to the audience. Even though it's far from a masterpiece, Potpourri is an ambitious, charming and enjoyable independent movie.

An irreplaceable, inimitable comedy gem
Darkplace's premise of an egomaniac horror writer presenting his awful long lost TV series while the cast gives behind the scenes commentary is great in the first place, but it's been executed so well it's nothing short of a masterpiece.

Every scene of the fictional TV show has been painstakingly thought out to be as bad on as many levels as possible, while staying as funny as possible. Darkplace perfectly replicates the look and feel of cheesy 80s TV dramas while also making fun of them.

If this series was in someone else's hands, it might have turned out annoying, but made with this cast and crew, it's genius.

Aside from the nonsensical grade-Z mess of the series itself, including a myriad of subtle intentional production errors on top of the surface-level jokes, the interviews with the "cast", peppered throughout each episode are every bit as hilarious.

All this makes Darkplace exceptionally dense humour-wise, reminiscent of something like Airplane!

Of course, none of it would work if the actors weren't good enough to carry the show. The three primary actors all play two roles each: fictional actors and the characters they play in-universe.

The star of the show Garth Marenghi himself, played by Matthew Holness. He's responsible for a lot of the funniest moments, saying the dumbest things thinking he's being profound, making awful excuses or claiming his series was ahead of its time.

Richard Ayoade plays Garth's clueless publisher whose underlying omnious side comes out from time to time and Matt Berry plays a self-obsessed actor who barely even remembers shooting the show, but is the only one who criticises it at all.

Last, but not least, Alice Lowe, whose character doesn't appear in the interview segments (since she is presumed dead in the canon of the show), has also done a great job playing an extremely sexist parody of an 80s female TV character.

It's also worth mentioning the commentary tracks on the DVDs feature the actors completely in character.

Darkplace is a unique series. I guarantee you there is nothing else quite like it and if you enjoy a high-concept, creative comedy, you'll definitely love it.