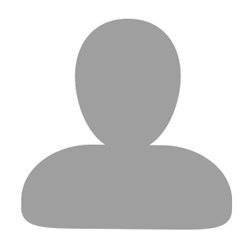 Sorry
I just can't like this. You're not convincing as him in your speech, your delivery of his GENIUS jokes and lastly... I really hate to tell you this: YOU DO NOT LOOK LIKE BILL HICKS! OK?! Okay... I could play him better myself. In fact I'd love to play him and make a film myself ACTUALLY as a biopic and not some horribly thrown together nonsense.

I'd consider sticking to the auditions on crappy TV shows like I've seen you've been up to. That's your best bet. I'm not sure you even understand Hicks as a person man. The title alone is absolutely stupid and also offensive to people like Kevin Booth, his best friend as well as his mother and family. 20 years after his death roughly you get a wild hair up your ass that you're going to do this?! BS and you and I and everyone else here knows it. At least the movie is so bad that it's FREE and available in GLORIOUS 360p video quality. Wow.

Good Sci-Fi fun and Awesome on Blu-ray!
The Movie Itself was written, produced and directed by J.J. Abrams, best known as co-creator of the TV shows "Fringe", "LOST" and "Alias", as well as for producing the film "Cloverfield" in 2008 and directing the reboot of "Star Trek" in 2009. The film was also produced by the legendary filmmaker Steven Spielberg.

The story here is set in the year 1979 in a Ohio town. The main character is a boy in his early teens by the name of "Joe" (played by Joel Courtney) who lives with his father "Jackson" (played by Kyle Chandler). Joe's father is a member of the local police department, specifically a deputy. We see in the opening of the film a tragedy when Joe's mother is killed in a steel plant accident. A funeral is shown and we are introduced briefly to the supporting cast (Joe's friends). After that scene is over we fast-forward to 2 months later. Joe's best friend is another kid in his early teens by name of "Charles" (played by Riley Griffiths). Charles is an aspiring filmmaker and he uses 8mm cameras to shoot his homemade films with his friends like Joe. Joining Joe and Charles in the group of early teen kids working on the film are "Cary" (played by Ryan Lee), "Martin" (played by Gabriel Basso), "Preston" (played by Zach Mills) and eventually "Alice" (played by Elle Fanning).

The kids are working on shooting a zombie film and already have a bit of footage shot of a zombie death. Charles is just convinced it needs more of a story and such as well as production value. Lucky, or maybe not, for the kids they manage to find some major, major production value in the form of a train that passes by the train station where they are filming. At first that is all they think they have, a passing train to add production value, but it soon turns into one massive mess when the train is derailed by a truck. This sets up the plot to our film. Kids making a Super 8 film and they manage to be at the wrong place at the wrong time. They stumble onto a major conspiracy covered up by the military. The train was an Air Force train transporting materials from "Area 51″, so you can only imagine what is inside the train's cargo.

"Super 8" proves to be extremely enjoyable, action-packed and proves to have a very strong story with characters you sincerely do care about; especially the lead Joe and his best friend Charles. It's very cool to see J.J. Abrams team up with the legendary Steven Spielberg. In fact, having said that, I went into this with high expectations and I feel they were met. This is a new breed of "monster movie" / Sci-Fi. I'd compare this film to "Cloverfield" meets "Close Encounters of the Third Kind" perhaps — appropriately enough.

A Blu-ray "DEMO DISC" for Sure!!!
The Movie Itself is a documentary about snowboarding directed, edited, filmed for the most part and produced by Curt Morgan. This isn't Morgan's first film about snowboarding, in fact he made another one titled "That's It, That's All" back in 2008 — with the very same set of filmmakers that worked on this. Morgan's production company Brain Farm Digital Cinema handled this effort as well with the sponsorship of both Red Bull (via their production company Red Bull Media House) and also Quiksilver. The film was given reportedly around a two million dollar budget and took two years to make.

Things start out being narrated by and following two-time X-Games gold medal winning snowboarding sensation Travis Rice as he discusses and prepares for an epic snowboarding adventure with some fellow pro boarders. The other professional snowboarders featured in the documentary here include: Mark Landvik, John Jackson, Scotty Lago, Jeremy Jones, Eero Niemela, Nicolas Müller, Jake Blauveltand, "DCP" and Pat Moore. The guys embark on a journey across the globe here visiting the likes of Alaska, Austria, Canada, Patagonia, Romania and even Wyoming. These mountainous winter wonderlands make for some of the most incredible snowboarding jumps, tricks and whatnot ever recorded on film. Eye candy comes in the form of these beautiful locations but your jaw will surely drop as you witness the amazing feats done by these extremely, extremely brave and talented professionals.

Wow, in closing here in regards to this snowboarding documentary let me first say I'm before seeing this film, I was in no way a huge fan of snowboarding aside from maybe playing a video game that simulated it. That's not to say I dislike it, just to be honest and to also say I've never snowboarded in my life — yet however after seeing this film I'd like to maybe attempt to try some more safe realistic type snowboarding. The director here Curt Morgan is a really talented artistic mind and I got to see that not only in his film but by also listening to him in a very relaxed fashion as he discussed his film during a Q&A last week. He's a truly visionary guy and is definitely one to keep your eye on. This is being called the greatest snowboarding movie ever made. I can totally vouch for that. This also is a snowboarding movie that is going to reach audiences that aren't just snowboarders. Hell, it got me! Just sit back and let go, as some professionals do their version of letting go and behold the art of flight.

Really unique great coming of age film
This Mike Goldbach guy really has my attention now as writer and director.

I can see why folks are comparing both the director and film to a mix of Richard Kelly meets David Lynch.

Kat Dennings is great as always and so is her co-star Reece Thompson.

The story could be a bit controversial at times for some folks but I found it to be an overall really impressive, moving film.

There's even some great references to other films that seem to have inspired the writer / director Mike Goldbach.

It's worth mentioning that this film is getting a limited theatrical run starting in NYC and Los Angeles on May 6th.

The film will be released shortly after that on both Blu-ray Disc and DVD by Anchor Bay (a Starz company) come May 17th.