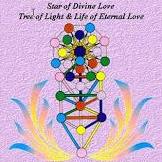 More than a Comedy a Critic to distorted values
Essaye-moi is a re-lecture of Romeo and Juliet.

A critic to the emptiness that the American Way of life leads people with filling their lives with material things instead of values, of people.

To be or not to be? To have or to be? Materialism x to be? Another great french movie, but in order to be understood details have to be interpreted, such as the beautifully and all nice neighbourhood and the fragility of the houses made of almost cardboard versus the rock house and ludicrous ambiance from where the cosmonaut comes from where the word is important.

The old car, and the characters, with values versus the new car and no values.

An Oeuvre d'Art
This movie is an work of art, obviously that you will need some baggage to debunk the meanings and the critic of modern occidental society to understand and grasp the real meaning behind it.

A critique to the materialistic, narcissistic, egocentric. and individualistic modern day society where our God is money and the love of it that drives us to empty lives. The movie is a Shakespearean poem: to be or not to be...

At the first quarter of the movie, the main character, is depicted as a drunk, a looser, without any means to pay for basic needs, nonetheless he has time to spend with his most precious "possession" his daughter. He doesn't have but he is.

He than sells his time, as most of us do with our time, with our lives to a company, where he just does something compartmentalized, just a piece, but the company as all major companies do becomes his master, and in exchange for a full material life, an American Way of Life, chains him as most companies chains most of us without we even realizing it.

He than loses control over his life and becomes a slave to the company and all the material benefits it provides him with, but he doesn't have anymore time to spend with his most precious possession, his daughter. He no longer IS, he only HAS.

Being a former COP, he then starts asking questions, he starts wanting to go out of his COMPARTMENT, out of his BOX, to really know what he is taking place in, what really is going on in this mysterious business, starts investigating and almost loses his child and metaphorically LOVE, which UNITES US.

He than finds out after some investigation that there is a secret society, a secret wine... A wine made from the lives of other people, from the body of innocents... This is what CAPITALISM and NEO-LIBERALISM has been doing for the past 50 or more years to most part of the developing world. Draining peoples lives in the name of profit.

More than a Comedy a Critic to distorted values
This movie as most french movies even though made by an American Studio (they usually spoil french movies) is more than a comedy.

It's a critique to the individualistic and narcissistic values disseminated throughout most of the occidental society at present.

It shows how important is Unity, exposes the world of soccer for what it has become with the merchandizing of everything and everyone. Besides showing a human face to the sport where players who don't fit the script are set aside by society, as also members of society are marginalized.

Obviously to perceive all this you have to have an open view nonetheless culture.