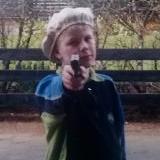 A Cult Classic
I just became a huge fan of this aspiring new director called Jimmy Johansen. You might have heard of him. He did this balls to the wall, original masterpiece that might get shunned by the mainstream public but loved by everyone who isn't a robot. The movie in itself is very short and the plot circles basically on the existence on the lead character and how unhappy he is with how things are going for him, in a way, it reminds me more on Chaplin's work then on Kevin Smith's Clerks, which I have heard that the movie gets often set in score for. Truth be told, this is nothing like Clerks. This out-shines Clerks. In so many ways. First of, the production of this small-time low budget Swedish movie is so much better then Clerks. Secondly, while Clerks might be a classic and an entrepreneur when it comes to shock comedy, but while Clerks may have opened the door for many newcomer directors back in 1994, Arkussan Martinsson decided to smash all windows instead of going through that wimpy looking gash of a door. The characters, be it Molge, the drunk who people prank into thinking he has done something horrible who swears off alcohol, to Snorlof, the cousin who thinks he's the father of two, to the obvious fan favorite and energy filled Ronkas, who even has everything in the DVD talking like him, the characters are the most beautiful thing I have witnessed for a very long time. There is nothing that can stand close to it, especially not in mainstream American cinema which is clogged down every throat in the world, or in various smug independent virtues that try to make up for production values with crummy smirks and talks on how you need to buy THIS movie because despite being terrible, you are supporting a cause. Nei, true believer. This movie is the reason for why people want to make movies and watch movies in the first place. And only out of today's broken down society (but then again, which generation has not walked down the path of broken dreams and jobless endeavors?) could a movie with as much (dare I say it... yes!) SPUNK that could grab your attention the moment it starts with a face that would make you accidentally clip off the shaft of your penis and then show you a day, that might be depressing but is still more enjoyable and entertaining then any other depressing day would be.

Find this man called Jimmy Johannsen. Give him a Oscar. Or at least money to make more movies.

Stay away from this god awful piece of trite!
Five reasons why The Irate Gamer should not be watched by anyone.

5.Chris Bores can't act. If you are going to make a show with the gimmick that you sit in front of a camcorder and act angry, make sure that you know how to act. Any small piece of acting would be good. Bores is a terrible actor. He can't even make a convincing grunt while he plays video games.

4.Highly unfunny. If you are going to make a comedy show, make sure that you are funny. Bores does a blend of observational humor and slapstick that have it in common to be unfunny and predictable. For example; When reviewing Tetris in a very bland manner, Bores mentions how addictive the game can be but says that he's not affected, just like clockwork, we are treated to a cut of a black screen with the letters 'couple of hours later' where we then see Bores acting like a Heroin Junkie, sweaty screaming out "I want my Tetris". Not only was this joke very predictable to the audience, but it was done in such a manner that I can't imagine anyone laughing at it.

3.He's not a Gamer. If you are going to make a show about video games, make sure that you can play them. Bores might be a couple of things. A Martial Artist, a Ghost Hunter, a college graduate (at least according to him) but he ain't no gamer. This becomes highly obvious when he complains about how some, if not all, of the games that he plays are too hard, and these include games that six year old kids were beating on their first try. Only eight seconds into Contra, he got killed, which he then blamed on the game, for being too hard. This often lead to Bores cheating his way through the game or playing it on the easiest difficulty level. Which is just plain stupid. He's there to review a game, not skip through it on the easiest setting. Would you watch a cooking show where the cook would simply order take-out because cooking is way too hard? I don't think so.

2.He's not a reviewer. If you are going to make a show where you review games, please be sure that you are able to review things. Reviewing is not really a skill, it's just saying your opinion on something in a manner that most people can understand it, Bores takes whatever game he can get his hands on, talks about it's flaws (like, how easy to die it is for him) and then says it's terrible. He often doesn't bother to go into any detail, with most of his episodes ranging from 2 to 5 minutes in length (with maybe some additional minutes for abysmal acting).

1.RIPP-OFF. The concept of the show came from the much more talented and enjoyable James Rolfe who created the character of the Angry Video Game Nerd back in 2004. After becoming a YouTube sensation in 2006, Chris Bores mimicked him with his show, something that he admitted, although privately to the AVGN Homepage, and has denied since. All comments on YouTube about the similarities are often taken down minutes after being posted and Bores pretty much pretends that James Rolfe doesn't exists, unless he gets pinpointed in a radio interview, where he will say that it's all a coincidence, despite saying in the mail to James Rolfe (that was posted on Rolfe's forum) that he was inspired by his world famous 'Teenage Mutant Ninja Turtle' review, which makes sense, seeing that the Irate Gamer did not only review the exact same game, but he also stole a large portion of Rolfe's jokes, and in order to not come of as a plagiarist, he decided to review the highly popular and well made Konami sequels, which he reviewed poorly, saying that they were just as terrible. Bores has often stolen more subtle jokes from other YouTube NES reviewers, including from the lesser known WizWar, where he stole a lot from his Predator review, including his 'Fists of Fury' punchline and from VideoGamesAreAwesome who did a hilarious dance video with R.O.B. and were badly mimicked by Bores.

A brilliant movie.
John Birmingham is an artist.

And this movie is true art.

Shot on both DV and film, Crazy Animal is a story with moral about people who don't live under the rules put up by society and the consequences that it brings.

You can see that Birmingham has been really inspired by the rock 'n roll musicals, like The Rocky Horror Picture Show, as the movie is filled with good music, most songs sung by Birmingham himself.

Songs like 'Veronica' and 'Henry, Henry, Henry' are really gripping, entertaining and fun to listen to. The shots during the music scenes, when we move from flashbacks and memories to what is happening with the story is really fun and entertaining to watch.

The movie also makes very good and subtle references to Birmingham's thoughts on Hollywood, Treatment of Animals and family life.

The movie does a good job and putting all of these small sub-plots together all with one big plot surrounding it, which is basically that people are living like crazy animals in the wild. It's a very good social commentary that you want to listen to.

Ron Jeremy and Lloyd Kaufman are remarkable as the two fathers who change the lives of their sons. I was surprised to see a pornographic actor and a director do so well in such dramatic roles.

Ron Jeremy's character was a man who loved his son, who with his dying breath wants to teach his son how the world works, while Kaufman is a deranged man who teaches a terrified boy who becomes the main villain that he can do whatever he wants, as long as he gets away with it.

But don't think the movie isn't hilarious as well, as it's mostly a comedy and has a lot of funny moments and lines.

Except for Birmingham as Ricky, it was Atom Gorelick as Henry and Danica DeCosto as Meese that were often stealing the show with good lines and funny moments.

But the best part of this entire movie? Steven McCloskey as Jeff. This guy should have played the Joker in Dark Knight. McCloskey not only steals the scene in every shot that he's in. Playing the psychotic Jeff, he is one of the most threatening characters I've seen in a long time.

With many characters, especially in low budget movies, you are not scared of what they can do. They are simply, and nothing more, then a character in a movie, but McCloskey's strong performance as Jeff is so good, that you are mentally afraid of this character. He is a rapist who takes joy in killing and maiming.

The scene when he walks up to Jen and simply overpowers her with the memories of the time he raped her, is one of the best scenes I've seen in cinema. And the scene where he takes charge of the situation is both frightening after so much character development, you are basically rooting for the good guys, then Jeff comes along and being such a strong character, he is able to take over any situations. And you are afraid for these characters, you don't want them them to lose, but seeing how strong of a character Jeff is, you know that they can't win.

One great independent film!
I've been following these guys' careers for awhile now. Their Troma film 'Skunkape!?' was one of my all time favorite films for a long time with it's original comedy and a good take on an old legend.

So when I heard that they were making a full length feature, I knew I had to see it.

The movie is great as a comedy, but what really makes it stand out for me as that you feel with the characters. What happens to them matters to you, you want to see all of them succeed in what they are doing.

The humor was top notch and original. The ninja school segments were defiantly my favorite parts of the film. Matt Brookens knows what he's doing and what he's doing is pure art.

Lloyd Kaufman's cameo was really good. When he's guest starring in films, his cameos sometimes feel forced, as he's just there to be there (like Stan Lee with some of the Marvel films), but here, he's actually an important character. And you feel just as sorry for him in the film as the rest of the cast.

What can I say, except that I can't wait for the next movie by Brookens and his friends.

Plus, the special features was really entertaining. They have a couple of short films here (like the Son of Roni) that are so hilarious, you are going to love every minute of it!