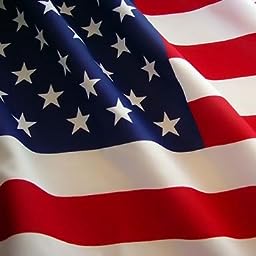 A Great Family Movie That Has Been Massively Under-rated!.
THE IDENTICAL tells the compelling story of twin brothers unknowingly separated at birth during the Great Depression. DREXEL HEMSLEY becomes an iconic 50′s rock 'n' roll star, while RYAN WADE (Blake Rayne) struggles to balance his love for music and pleasing his father. The Reverend Wade (Ray Liotta) and his wife (Ashley Judd) are sure their adopted son has been gifted and called by God to be a preacher. But Ryan challenges his parent's vision for his life, and unflinchingly chooses to launch his own music career with his best friend (Seth Green). Encouraged by his wife (Erin Cottrell) and employer (Joe Pantoliano), Ryan embarks on an unpredictable, provocative path – performing the legendary music of Drexel Hemsley in sold out venues all across the country.

As the brothers destinies tragically collide, Ryan discovers that Drexel is his identical twin which leads him to question everything he's ever believed about God, family and his own identity.

THE IDENTICAL is a City of Peace Films production featuring the talents of three generations of the Marcellino family from Nashville, TN. Dustin Marcellino is the first time director, Jerry Marcellino co-wrote the 20 plus original songs with his son Yochanan, who is the founder of City of Peace Films. Yochanan and Don Noes are the two men who propelled the movie to the big screen by raising the production funding and the film's marketing budget. The movie will be distributed by Freestyle Releasing and will be opening nationwide on September 5th. STARRING: Erin Cottrell, Amanda Crew, Brian Geraghty, Seth Green, Ashley Judd, Joe Pantoliano, Blake Rayne, and Ray Liotta

DRAMA – 107 Min Featuring over 20 original songs by Jerry Marcellino and Yochanan Marcellino including: "Your Love's Keepin' Me Tonight," "City Lights," "Angel of Mine," "Everybody Knows It" and "Nashville Tonight".

Do Not Miss This Great Family Movie!

An Awful Sex Movie .
If you are looking for a great comedy movie,this film is certainly not for you. It is an awful R-rated movie with sex and without comedy. It will remind you of Jackass because you will see graphic nudity (sexual intercourse between a man and a woman,a man was forced to suck a dildo,people reveal their butts and throw fire works by means of their butts). Honestly,I did not find this movie worth watching at all,because it lacks 90 % of comedy and it tries to tempt the audience to see it through cheesy and explicit sex. Take my advice and save your money and time and see a better movie. Do not believe the hyperbolic rating!. Neighbors(2014) is an awful sex movie that disguises as a comedy movie.

Judy Moody and the NOT Bummer Summer is a MASTERPIECE.
I really enjoyed watching this Fantastic successful family movie,it was great fun and never got bored with it.The acting was brilliant and the kids were so cute and so funny that I wished I had kids like them,this is not exaggeration at all.

Judy Moody is a cuddly kid in 3rd grade and this exceptional year she plans her extraordinary summer vacation with her best cute friends Rocky and Amy.So Judy packed all her things with her including candy,toys and kids stuff and invited her friends to accompany her in this outstanding Summer Vacation.Unfortunately for Judy Her first friend Rocky is going to circus camp to learn to tame lions,determined Judy didn't despair she talks to Amy who is also busy this summer but in something else traveling to Borneo with her mom to save a lost tribe. Alas for the lovely Judy she could not help but stay home with her troublesome little brother Stink and second best friend Frank Pearl.

Poor little beautiful girl Judy while she was dreaming of having a whale of time swimming in the sea,having fun ,eating ice cream & playing with her best friends,things turned out quite the opposite for her.

But this is not the end of the world for the gorgeous Judy,she suddenly hears that her parents will spend the Summer Vacation in California and Judy can go with them & stay with her Aunt Opal, whom she has never even met!

Nevertheless beautiful, smart,strong and cute Judy went To California but what she doesn't know is that she has to face there one of the most pleasant and unexpected surprises she has never ever seen which will positively change her mood in a funny mysterious way you'll detect its splendor in this masterpiece Guaranteed entertaining family movie.

One of the best funniest movies.
I don't know why most people are so bigoted and prejudiced about a great funny movie like Baby Geniuses.I never forced anyone to speak positively about a movie they detest but to tell the truth to underestimate a family movie with a great actress like Kathleen Turner in it is quite unfair!. The babies in both movies part 1 and 2 are so cuddly,cute,funny and intelligent. All The incidents of the movie were so natural,realistic and far from superficiality.There was no exaggeration whatsoever. The acting was fantastic.Who would ever imagine seeing babies that are barely 3 years old act so perfectly ?. My vote was fair in giving this masterpiece movie 10/10.

I already bought The DVD and dying to see the 3rd part of Baby Geniuses.

One of the Best Animated Movies I have Ever Seen
I am too confident and proud to say that this is the best animated highly entertaining movie I have ever seen.I have to admit though that I am not so keen to watch Kids movies but YOGI BEAR IS quite interesting with comedy and a great adventure that will never make you feel bored. You have to see this movie to believe that it is among the best. Hanna Barbera had been and still regarded as the masters of Kids entertainment finally brings to the big screen a story of of a cuddly bear who will make both kids and adults attracted to it and craving to see this GREAT MOVIE TWICE OR THRICE. It is not only animation,you can see 2 reporters(documentary crew sudden visit of Jellystone Park, home of Yogi the Bear and Boo Boo.There,they will meet a very funny incidents with these funny bears.You are gonna laugh,live the incidents they face,feel with them and wish you were with these superb bears enjoying all the fabulous adventures going on.No kidding,you will feel joy,forget your problems and your kids might laugh out loudly at every incident of this masterpiece movie. The voice of the bears are by Dan Aykroyd and Justin Timberlake.

I am sure Justin TImberlake and Dan Aykroyd fans will rush to the theatres to see Yogi Bear.

For all these reasons,my vote was 10 out of 10. I hope YOGI BEAR WILL BE NOMINATED FOR Oscars,it really deserves to win every kind of Oscar.

a great new movie.
A man called Grady suffers from multiple personality disorder.Is it schizophrenia,personality disorder or is he feigning to be an impostor?. Honestly,I found this movie quite interesting,the acting is wonderful,the atmosphere,the music is simply stunning.Concerning the story,it is almost new and not monotonous . Movie Synopsis: JASON DARCIE (Dylan Neal), tries to commit suicide and leaves a secret piece of information for his wife LARA DARCIE (Nicholle Tom), stating that the death of his little sister years ago wasn't really a coincidence or merely an accident of fate and destiny.He sadly wrote that he unconsciously may be responsible for this crime,but does not know how and why?.He even can not remember he had ever done any harm to his beloved sister.Mystery and suspense abruptly surges when his wife Lara feels curious to know about

more about her husband's mysterious past and the unresolved secret that led him to commit suicide!. Lara goes back to the small town where Jason was raised. There,surprising she meets his weak senile father in a nursing home who has enough!. Jason's younger brother GRADY (Philip Riccio) struggles to solve the inexplicable confession in Justin's note. Unfortunately, Lara doesn't know that Grady suffers from Dissociative Identity Disorder (formerly known as Multiple Personality Disorder). Lara's investigation of the brothers' controversial childhood caused Grady to be aggressive, yet repressing his outrage. The shocking truth is that Grady wanted to keep the past and was ready to do anything to hide a certain secret. When Lara starts to reach the mysterious truth,she puts herself and her closest relatives to danger. Believing after some facts released that Grady's dual personality is in control Lara has got to do something to save herself and others from meeting the same destiny as Grady's sister.

more Unexpected mysterious and shocking secrets are revealed in the end of this masterpiece EXCELLENT 10/10 movie.

A Great Horror movie for mature viewers only.
A scary 1974 movie with shocking horror scenes that might offend most Christians. These horrific scenes helped to serve the movie.There is exploitation of women as in most Italian Horror movies.It Should Be Rated NC-17 for some explicit content and unseen rare violence. In 1974, it was really rare to see such shocking scenes.For this reason, it was previously banned in many countries.The ban made people more zealous to see and buy this movie out of curiosity. Honestly,it is more horrible and shocking than the Exorcist, but quite as good as the Exorcist.Recommended for those who are 17 years old or above this age. I advise people to buy the DVD and enjoy this great horror movie,especially horror fans who will not regret purchasing this movie. As for religious Christian people,some scenes might shock you,so you got to beware!. For people who can not watch this movie,all you have to do is search for this movie free on line,this is a substitute.You could download it too. Good luck!