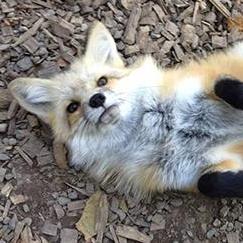 Ghostbusters II was the long-awaited sequel to the smash comedy of 1984. GB2 opened on June 16, 1989. When I was 3-years-old, I remember seeing promotional ads for this movie on TV. I wanted to go see this movie with my brother, but my mom thought it would be too scary for me at age 3. I never got to watch this film until it premiered on SHOWTIME in March 1990.

The plot begins on the holiday season before the final decade of the 20th century. The Ghostbusters have become bankrupt over a long period of time. Only Ray and Winston are only available to entertain children at birthday parties. They are even being just as under-appreciated by little kids. One of them comes up and says, "My dad says you guys are full of crap". They are mostly doing their best work as plain, ordinary scientists. Dana, whom we all remember from GB1 now has a baby son named Oscar, who was pushed down the streets of Manhattan by an unseen force. The four ex-ghostbusters investigate this problem by illegally drilling a hole in the middle of first avenue. They discover that a large river of PINK SLIME is flowing underneath. This slime causes people to act upon evil impulses, making them evil and mean-spirited. As one of the men get lowered up from the hole, he accidentally smashes something that blows out the power in ALL of New York.

The four men are now go face-to-face in court. As the argument gets heated, a group of pesky poltergeists break out and cause terror. The four men eventually take care of the problem and later reclaim their fame and fortune.

*THE GHOSTBUSTERS ARE BACK!* As if the problems aren't bad enough, the underground slime flow summons the spirit of a 17th Century warlock named Vigo, who is first taken form as a mysterious painting in the NYC museum of art. A local restorer (Peter MacNicol) for the Vigo painting becomes possessed by the evil spirit and tries to kidnap Dana's child Oscar, so he can be the sacrifice child of the spirit of Vigo. Meanwhile the slime begins to continue causing horrific things to happen all over New York City on New Year's Eve, and the Ghostbusters eventually have to challenge Vigo in order to stop all the madness.

My favorite scene in the movie is when a mass of the pink slime oozes out of Dana's bathtub and tries to eat Oscar. I also thought it was cool when the ghostbusters made the Statue of Liberty come to life, making walk down the streets of Manhattan in order to restore all the love and freedom it needed.

ILM did a great job with visual effects in 1989's GB2. The effects in GB1 from '84 were supervised by Boss Films, which I thought did a pretty lame job with the stop-motion effects and all, but did a really great job on the marshmallow man effects.

The plotline for Ghostbusters II is quite a stretch, but by the end of the film, it all adds up. I still give credit for this movie, because I saw this one, before I saw the original Ghostbusters. Although the film seems to be somewhat of a repeat of GB1 and doesn't appear to have any hardcore adult humor, because GB2 needed to appeal to younger audiences, due to the popularity of the Saturday Morning cartoon series, it appears to be a well-made and enjoyable sequel. I really enjoyed the Bobby Brown songs that were included on the soundtrack as well.

The Ghostbusters have once again proven that they where indeed one of the BIGGEST and BEST of 80's icons. To this day both movies are close to becoming classics.

BEST CARTOON OF THE 90'S!
I am such a huge fan of Angry Beavers! I first started watching it when it premiered on Nickelodeon in April of 1997. Even though it was 7 years ago and I was only 10 and 1/2 at the time, it seems like only yesterday.

Guther-Wahl is by far one of the best animation studios, for they have the best imagination, creativity, and characters for a cartoon. This show brings back the fondest of memories. I couldn't decide whether I liked Daggett or Norbert better. Dagget was always the hyperactive, not-so-smart brother that always fell flat on his face. His personality reminded me that of Daffy Duck. Norbert, on the other hand, was very well-drawn, but was somewhat of an ego-maniac with his well-groomed coolness. His personality best resembled Bugs Bunny. I thought the chemestry of the characters was phenominal.

Later on in the first season, we met more characters like Big Rabbit (one of my alter egos), Barry (can we say Barry White?), Treeflower (cutie), and Ping (I'm sure Jim Carrey could've passed for the part).

The show delivered what it promised, fun characters, great chemestry, and smart humor. However there are a tiny spoonful of episodes that are just weird, like "Loogie Hawk" and "Stump's Family Reunion". Despite some episode mishaps, the show is brilliant!

Right now, Dagget and Norbert are no longer with us, except in reruns on Nicktoons TV, which I don't have on Time Warner Digital Cable. Nickelodeon has recently become corrupt by completely flushing this show down the toilet (like, Ren and Stimpy, Rocko's Modern Life, Ahh! Real Monsters, etc.) but kept the most uncreative drivel like Rugrats and Rocket Power?

I do take credit for some hilarious Nick shows like Spongebob and Fairly OddParents, but they're nowhere near as timeless and valuable as Angry Beavers.

Hopefully Mitch Schauer will someday race for a comeback and Angry Beavers will continue to be as popular as it was in the late 1990s. Right Now, it seems very unlikely. Even if the show doesn't make a comeback, the reruns of the show are still for our enjoyment and memoriam of those two fun-loving beavers.

Ahead of its time
**SPOILER WARNING!**

Ghostbusters is by far one of the best 80s films. Eventhough I was not yet born, the year it came out made all the differnce in the world...1984!

I have looked in to the year 1984 and quite frankly Ghostbusters non-surprisingly became the must-see flick of summer '84. I can see why, because the film's humor and sense of direction holds up well today. Just take a handful of people from Saturday Night Live, Second City, Caddyshack, Meatballs, Stripes, Animal House, Blues Brothers, Tootsie, Trading Places, National Lampoon's Vacation and add elements from films like Abbot and Costello, King Kong, The Ghost and Mr. Chicken, Trilogy of Terror, The Exorcist, and those Pillsbury Dough Boy ads along with a huge dash of Comedy and you've got yourself a hell of a great movie!

The film features a group of odd-ball scientists who are fired from their jobs. As they spend time in the gutter, they establish a system of paranormal investigaions and eliminations calling themselves "Ghost Busters". They're first assignment is to investigate a pesky poltergeist living in a woman named Dana's (Sigourney Weaver) fridge. Along the way, they trap their first ghost (Slimer) at a hotel and resume their ghost-catching spree, until the spirit in Dana's apartment captivates her body and eventually Rick Moranis's body, causing the city of New York to break out all hell. The ghostbusters are left to deal with this pesky ghost and near the end of the film, takes the form of a giant marshmallow man. Another problem the ghostbusters are facing are federal charges by a tree-hugging, beaurocratic snitch named Walter Peck, who is the third-district attorney of the EPA (environmental Protection Agency).

The timing of the humor in this movie is so perfect. Bill Murray delivers that same sense of unique, lazy-ass humor we all love. Dan Aykroyd has that same dry, odd-ball humor, like Rick Moranis. And Harold Ramis delivers that bookish and INCREDIBLY DRY, dead pan sense of humor, along with Annie Potts. If you want to check out a nice, feel-good 80s comedy, who ya gonna call?

Very Innovative
As a fan of 20th century history, I thought "Call to Glory" was a very interesting and exciting series. Craig T. Nelson delivers a sleek performance as a family man named Raynor Sarnac who is reluctant at first to fight in the Vietnam War, but in light of all the dangers surrounding the United States (i.e. President Kennedy's asassination) he feels like he's the one to not let down the American spirit.

I was impressed with all the clean-cut dog fight sequences in which Sarnac pilots a fast-shooting jet. I also am surprised to see a cuter Elizabeth Shue in one of her first acting roles. I guess this was prior to her success in "Adventures in Babysitting" -- another 80's gem :)

I have the original copy of the first 4 shows that were taped from ABC in the fall of 1984. If there are any videos of this series available, I highly recommend them.