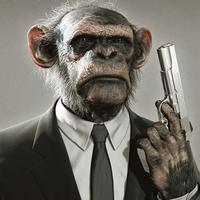 I was not impressed.
I should preface this with the statement that I enjoy Whedon's work. I was excited to see how he would direct actors from his previous series. I was especially excited about this being a play with which I was already very familiar. I also make allowances for the fact that it was filmed in a particular fashion, within a particular timeline, for particular reasons. I know that makes it "arty" and critically or technically better.

That all being said, I found the film lackluster on several counts:

First, the acting seemed flat. Shakespeare (the comedies in particular) is supposed to be bigger than life. It is supposed to be over-acted in some respects. The characters in this version act in a rather flat way, almost as if they are afraid of showing too much emotion.

In some ways, this may be because the actors chosen were not necessarily ones who fit those particular roles. I liked all of the actors in other roles. Nathan Fillion, for example, would have made a wonderful Benedick. Amy Acker, similarly, seemed ill suited for the role of Beatrice and might have played a far better Hero.

Second, and perhaps this was specific to the theater in which I watched the film, but the sound seemed rather flat. That may even have been choice, but the sounds just didn't seem very layered.

Third, hearing Shakespearean dialogue done with a purposefully plain American accent is a bit harsh on the ears. That may sound petty, but the choices Shakespeare made regarding word order fit a British accent far better than an English accent.

Finally... I really had a tough time with the setting. I don't mind a Shakespearean comedy being staged in a non-traditional context. In fact, I am very receptive of it. Unfortunately, this particular setting didn't really work. Don John has been apparently arrested for "standing out against his brother," but he gets free run of an estate. He is a guest of a government who cannot afford actual handcuffs, just zip-ties. This is just one example of how the setting didn't really seem fitting.

Horrifically bad
I noticed this recently on Comcast and, being a mythology buff, decided to give it a whirl. It was really, really bad. The animation was very 1960s. The story was, as expected, not the real story of Hercules, but what do you expect? It's hard to get a story of philandering and wife and child killing to fit into a cartoon. Still, I'm unsure why this was even made when the Disney is (sadly) superior in every way. Even little things they could have finally gotten right like the lion skin cape or the carrying of a club instead of a sword were simply ignored. At least Hera is actually the villain. Bottom line: if you have a chance to watch it, don't bother. You'll never get that time back.