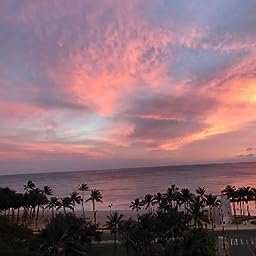 Good, I recommend it
Interesting, entertaining to watch, but also with a surprisingly fresh ending.

Boring, nothing ever happens, don't watch
So, the actors are great, but nothing ever happens. The plot is horrible, so boring, it's unbelievable. The flashbacks are redundant, they might have been good as a separate movie, but they add no new insight or information to the current movie. The problem (going up the stairs for aging people) never gets solved. The terrorist should have come to an open house, at least, and asked for shelter insuring some interesting interplay between the characters, the dog story should have led to some cool discovery, such as a hidden elevator. Even the tea with the little girl never materializes. The scene with taking off the model's glasses is abusive, by the way, as she says, she won't be able to see anything without them. They should have used a hat instead of the glasses. Badly written, all around.

too much of a tearjerker, too little comedy
This movie can't decide whether it's a tragedy or a comedy. Too many tragic moments, and not all of them can be taken lightly. One thing that really bothered me was that for men (for all of them in the film) to do anything good, women had to beg them and beg them and beg them, and cry and beg them.... It was hard to watch. Are men so slow and cowardly and heartless that they can't do anything good without women pushing them really hard to do it? It made me feel distaste for men and pity for women.

This film could have been good, had it focused on being a pure comedy. The funny moments are funny, all the actors are great, the scenery is perfect. Alternatively, this could have been shot as a tragedy, whether with good ending or not, to show the coldness of this bureaucratic world with heartless operatives. But the mix of the too feels unsettling.

Not a good film, and not a comedy
This is one of those movies where each scene by itself is fine, as are the actors and the scenery, but all those scenes put together make for a senseless boring misogynistic story that is not even tied together at the end. And, it's not funny, there was exactly one moment in the film where I laughed (and, mostly because I was waiting to laugh for an hour by that point), all the rest of it was tedious drama and awkward moments that one keeps hoping would end up making some sense at the end, but they never do. What a loss of time. Another problem with this film is the way it portrays women of (all ages) as weak, clingy, hung up on men, ready to sleep with anyone willing and then getting obsessed with them. The only way a woman, according to this film, can leave a man is when another man takes her away from him. Men take women or leave them, women have no agency and no core. Even the female friendship, which is supposed to be central to the story, is shown as being shallow and fickle - it's not a friendship, it's a tolerance or usage, when it's convenient. I am disappointed with this movie, especially because it employs a good acting crew, and I feel sorry for the women who played in it. For the men too, in fact. Save yourself some time and skip this sorry attempt at humor. Go watch Pretty Ugly People on youtube, if you want an engaging relationships comedy.

Good plot idea, but too slow and boring
Basically, most of the movie is just toothache boring and dragged-out scenes of people being uncomfortable with themselves. Meh. The actors are good, the story is good, but the film is boring. Sweeney, learn to be brief. I get it that it's your first movie, but you need to learn to shed the repetitions. One audition scene, one no-sex bed scene, one bananagram scene, one (short!) witty banter scene, not three or four of each! Then you'd have the time to add some secondary story to the plot to entertain people who could not care less about asexuals. All we learn about the blond girl is that she is cheating, and she is too simplistic to be interesting anyway. Same about the parents. Learn to have multiple - not just one or two - complicated characters, and develop all of them, don't keep them static. I'm disappointed, this looks like a student film, not a professional one. C+ for now. Get better, you have potential.

Falls way short of the expectations, and is fake
Pretty bad. Not horrible, and Colin Firth is entertaining to watch, but come on... Where do I start... Ok, I have problems with the story: an upbeat musician woman living in New York is celibate for 17 years, pining for a guy she left and she knows won't come for her? Give me a break. Also, the guy is engaged, but we never see him having any affection towards his fiancee. That's unrealistic as well. Going on: the main character girl and her mother look from the very beginning "rich" - expensive hair highlights (waitresses can't afford those), and then the girl keeps going on shopping sprees when in London - that's privileged behavior, there is no way she grew up the way they are trying to portray. Also, Amanda Bynes was really bad for that role. Even if the "daughters" were switched, the casting would have been better. Amanda Bynes is dull, unbelievable as a new NY working class girl, unbelievable as a daughter of a musician, and as a poor girl who finds herself in a fancy castle. Then, the "boyfriend" - he would have been ok, but why oh why did he have to be "born privileged"?.. He could not be a simple boy? The makers of the film could not fathom that a "cinderella" could like a regular kid? This makes me sad. If I were a black person, I'd say this whole film reeks of White Privilege. Except, I am white (and don't believe in White Privilege), and this film just reeks of privilege - the way "poor people" are portrayed is super unrealistic, and the fact that the "regular boy" had to be secretly half-royalty is deplorable.

Now, here is another thing that makes this film bad. It's giving false hope to all those abandoned daughters who grow up idealizing their fathers who are never ever there, and are out somewhere busy with their careers and with marrying other women (yes, I am one of those fatherless girls). The thing is, the fathers NEVER come around, and I can say that now. You wait and wait, and it just does not happen. Ever. The father would be pleasant to you at the rare occasions when you meet with him - once per five years or so over the decades - but he will NEVER be there for you. There is a good film "Dirty Girl" that shows the realistic side of this. And "what a girl wants" sucks. And, it plays to the dream of all kids of divorces that their parents would end up together. They won't and this is cruel to feed this plot line to all those kids.

The only good thing about this film is the name.

too much singing, the story is glossed over
I like singing and performing, but why there is so much of it, and all done by the same person? Too much singing and no variety. Half of the time it does not even have to do anything with the plot. We started fast-forwarding at about the third singing performance. The movie starts good, but then gets watered down by the pointless long phone calls and the pointless excessive flashbacks. We get it, Queen is a drag performer. Now move along with the story! It's too long for what it has to say.

The little boy/girl is delightful, but there are some hiccups with that part of the story as well. How are we supposed to like the Queen if s/he is fine with not texting to the child's mother that the child is ok after the "what are my allergies" text? The view loses all respect for the Queen there. Same goes for the black guy after the mother visits him for the first time. Also, are we supposed to conclude that all gays cheat on each-other?

And, that if you repent and decide to give back the stolen money you are likely to be killed?

Finally, the season(?) ends where the most interesting part is supposed to happen, the Queen and the mother and the girl all getting alone. I was waiting for that. Hopefully this is not the end, because that would be the best part. Especially if there is no more singing by the Queen. I'm ok with some other singing, maybe strain for a change?

Also, I was really looking forward to the scene when the bad guys discover that they are after the wrong truck, so much comedy potential! Instead, just more performing.

Good film
Funny, entertaining, and cute. It's a light comedy. While you won't remember it a year later, you will thoroughly enjoy watching it.

Great film, every new turn is unexpected. Warm and funny
I love the way this film is made, the viewer is seen as intelligent, so we are only given the scenes that we need to see, no "water" only essence. Surprisingly well-done. Benign on the surface, but very adult if you pay attention to details. Amazing.

Waste of time! A chick staring at the computer screen for half of the film. Nothing ever happens.
Too many story-lines that never come together or even to any kind of resolution by themselves. Just a bunch of disconnected story beginnings. Two stars instead of one because nothing horribly offensive happens, but actually nothing happens at all. A lot of scary music and a lot of shots of a girl sitting in the dark room looking at her computer being scared. With scary music. A cooking show would be more entertaining, and I am not even into cooking. Skip this one, value your time a bit better.

lesson: do not date Nigerian men!
It's somewhat entertaining to watch, but there is no way am I ok with Sam going back to Josiah at the end of the movie. He royally mistreats her throughout their African visit. His parents ask here where she is going to stay, why does not HE answer? The black girl is all over him, why does not HE set a boundary? His mom is abusive to his fiancee, he could not care less.

Throughout it all he is cute and plays clueless. It does remind me of the Nigerian men I see here in California, marrying white girls and having another wife with kids back at home, or taking out a new white girl every night of the weekend.

As the film progresses, he does not do anything to redeem himself. He goes to London because his mom tell him to, and then he stalks Sam for the fun of the chaise. I bet he even slept with the cute black girl before leaving for London.