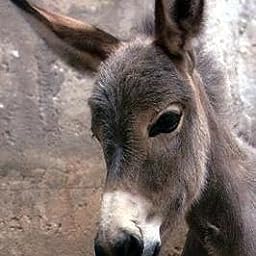 Kevin Williamson is back... with a vengeance
Scream is a masterpiece, which I like to attribute to the excellent screen writing of Kevin Williamson. Don't get me wrong, I hold Wes Craven among the best directors in the genre of horror, but Scream was just something else.

Then came Scream 2 which, although enjoyable, sunk into a disappointing mediocrity. As Williamson's draft was scrapped while making the 3rd, it fell even further from the brilliance of the original.

Many years passed with a possible fourth installation up in the air. Craven himself stated he wouldn't return unless the script was as good as the first Scream. Did he make the right call? Absolutely. The returning Kevin Williamson delivered a stellar script.

Scream 4 is a strange mixture of a sequel and a remake. It both continues the events of the trilogy while replays the first part. The self-reflexivity of neo-slashers is taken to whole next level. It's no longer just a cheap cop out self criticizing your on movie's weaknesses before someone else does.

Scream 4 pays a great tribute to the genre of horror, something Scream 2 and 3 failed to do, while also being refreshing. Dumb blonds are no more, instead the movie is filled with intelligent female characters to the point they are over-represented. The final twist is also a surprising and brave one.

The original still holds up, but Scream 4 finally makes a really good sequel. Those who were disappointed with the series after part 2 and 3, should definitely give this one a chance, because it returns to the right track.

Good adaptation of a terrific novel
As a writer myself, I know how hard it is to adapt something with that much plot into a 90 minute movie. Director Coscarelli did what he had to do, including merging and removing characters, merging and skipping plot points. As a result, it did feel a little bit rushed, but entertaining nonetheless.

The cast was okay, I mean I've seen better acting, but at least they chose fitting faces for the roles. It's exactly how I imagined Dave and John. One standout element of the movie is that even though it's a very low budget independent film, it looks amazing at times and the atmosphere is great. On the other hand, you could really see the lack of money on a few scenes, like the encounter with Korrok towards the end.

Overall, I think Don Coscarelli did a good job adapting a very good source material. I'm sure it could've been better if it was made by a major studio, while keeping the same director, but I'm still glad the movie got made in the first place. For those who did not read the novel, but liked the movie, I advise you reading it, because it has much more depth (as it should). This was my favorite novel I read this year. I give 7 out of 10 for this adaptation.

A gem in horror comedy
I went to see this movie at Titanic Film Festival in Budapest. The small theater was barely even half-full, but we were in for a real treat. It's almost a no-budget film having made from less than $70,000, but it feels like every single penny was well spent. I learned from the director who spoke after the film that there were no special effects in the movie, everything was done by the make-up artist who made a brilliant job.

What got me to see this movie in the first place was the crazy synopsis which made this film stand out from the otherwise great festival line-up. This movie can be pitched with just two words: Finnish cannibals; and it's enough to make you go: "What?!".

It's not a gore movie, but still shows plenty of gory stuff, although only for really short time each, sometimes half a second, so you really have to pay attention. As the story goes everything is recorded by the main character on his cellphone.

There is not much depth to it, it won't leave you thinking about the meaning of life or anything. However, it's a good comedy, with very subtle and very dark humor. For me, though, the most stand-out element was the cinematography. Some scenes happened so fast, but were so well choreographed that I will have to watch this movie again at home.

The only downside to this film is that it's short, being only 70 minutes long. In overall it's a true gem and it's a must for horror comedy fans. Or even aspiring filmmakers as you can see how to make a really good movie from next to no money.

So bad it's offensive
The first 40 minutes of this 88-minute-long movie is a recap of the prequel. I'm not even joking, with the end credits being 4 minutes long, almost half of the movie is a recap. So, unless you want to watch a shorter version of the first movie again, you can do yourself a favor and just skip the first 40 minutes. You won't miss anything, believe me.

Now, what we basically have left is a 44-minute film with ridiculous plot and one of the worst acting in the history of cinema I've ever seen, done by the main actor, Eric Freeman. Coincidentally, he never got any major roles after this movie ever again.

If you are really curious, and really want to watch this movie, I do not advise watching it alone. Not because it's scary or anything (it's not), but because watching it with friends might end up entertaining after all as you laugh together how bad this movie is.

A touch better than the previous remake
The third remake of the 1927 Hitchcock silent classic "The Lodger: A Story of the London Fog" introduces hardly anything new. It's almost a shot-by-shot remake of the previous version from 1944 called The Lodger. Most of the dialog is the same, and the characters as well.

What this film does is it polishes the previous remake to make it a touch better, and it makes it seem slightly more logical. To me, Jack Palance does a better job as the lodger, not just acting wise, but also his charisma seem to fit the character more.

Among the changes there is an added dog to the family, small bits and pieces were changed and the ending was made more plausible. I gave it 6 out of 10, similarly to the 1944 film, because although I do think this one is better, it's not original enough to receive more.

Intelligent, gripping and timeless
As a 20-year-old student who recently picked up film history, film theory and filmmaking I started watching a lot of old movies lately. However, I always struggled with them, even those I enjoyed I found a bit boring, but I guess it just has to do with the generation difference. Still, I watch them and rate them with their age taken into consideration.

That wasn't the case when I watched this movie. From the moment the doctor let in the nurse on his plan I was grabbed. Unnecessary to say, I loved the plot. It's clever and fascinating. And from this point the movie just got better and better, I never knew what to expect.

Edward G. Robinson was fantastic in his role, and the film being based on a play ensured top-notch dialogs. Humphrey Bogart did alright as well, I certainly liked him better in this movie than in The Petrified Forest (1936) where his character felt rather one-dimensional.