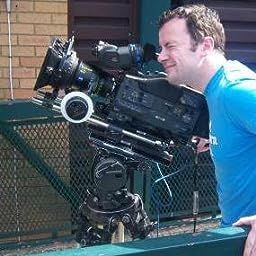 Great opening spoilt by pedestrian ending
Cronenburg has always been one of those directors on the edge, with this movie he merges his penchant for gore with that of extreme violence. This has a patient and enthralling opening, but doesn't allow the idea to expand. I came away a little disappointed with the journey Viggo made to meet his brother, played almost in a Cameo by John Hurt. There was no tension, might have been better to let the audience know that Joey/Tom was in trouble and was then motivated to see his brother.

I was only convinced by Viggos portrayal of Tom. His alter ego, never seemed to gel overall, turning a very cool idea into something predictable.

Number One, Confusing. Number Two, Well Shot.
Showing at the Rain dance East Festival in London. Mostly attended by bit part players of the cast and their friends. An interesting opening shot quickly soured when the lead Paul Conway (Jack) appeared. The locations and photography were excellent, a tribute to the cinematographer(s) and the grading staff. Occasionally the lighting was a little hot from time to time, presumably from grading up a dark image.

The performances on the whole were dire, especially from the lead Conway. His mannerisms and bulging eyes (look Ma I'm acting) a distraction from the start and never got better. His dialogue and that of the cast was stilted and sparse, he seemed like a maniac depressive constantly cutting himself, in both the present, and in the flashbacks. I never felt he was in love with (Landrige) Kendra Torgan a woman he met a couple of times, maybe lust.

Jenny Agutter (Kenosha) is really doing herself no favours either, for a police detective, her reasons for believing Jack is totally unbelievable. Laurent Maurel (Illya) presented the only decent performance, however he was trapped by meaningless dialogue and the confines of an ill structured plot. Anne Marie Wayne (Jacq) does okay, although might have been better to leave her flashback out completely, as it undermines her overall performance.

The story was confusing and doesn't resolve itself in a convincing manner. I struggled with the flashbacks, as the timelines were unclear, and happened far too often, coupled with bland, mundane exposition. The love interest felt marred as it arrived very late in the story and without a convincing scene to explain his love, I left feeling Jack was a stalker. I was fond of Jacks way of dealing with a junkie, locking them up (presumably to go cold turkey) and talk to them, for me this was the start of the story downturn. I'm wondering who would live in a block of flats where there is a murder by a policeman, junky prostitutes show up, and no one else pays attention to banging and screaming of a junky going cold turkey.

The last three scenes were particularly infuriating - The Fett character is the murderer they're looking for and covering it up. We are expected to believe he committed the crime due to his temper. His constant attempts to incriminate Jack or the junky were too far on the wrong side of co incidence - Kenosha (Agutter) is sitting moodily regretting by this stage, presumably for signing onto this movie.

When Jack finally meets Landrige again, she has arrived back with Illya, while her lost love is snoozing on the kitchen table; she goes to bed and is asleep when Jack is awoken and goes up to the bedroom??? Jack then attempts to smother her with a pillow then releases her. This is followed by the opening shot repeated as a full scene now, unfortunately its ruined by terrible expository dialogue, and Jack cutting himself again - I have no idea what the Landrige character saw in him, maybe it was the Florence Nightingale syndrome.

The director's cameo (Bruce) was fun, and allowed Jack the opportunity to kill him for no real reason (maybe the disjointed plot, or miscasting), or to obviously to remove the wimpish performance from Paul Conway. However, the real joy with Neil Wassell's movie is the homage's. Numerous Star Wars references including (Han Solo's "It was a boring conversation anyway") ruined by Paul Conway. Others included a Blazing Saddles tribute, Jack smashes a photo frame and holds a shard to his throat, and the bad guys let him go. Clevon Littles (Bart the Sheriff) holding a gun to his head, to get away from the disgruntled townspeople. I was already laughing when the audience started in too, not sure if this scene was meant to be comedic.

Technically well shot, this is an interesting idea seemingly wasted by mis casting and stilted dialogue. Final quibble - attention to detail: There are no double yellow lines in New York city.