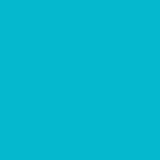 The Wire Nostalgia & Mad men
You can easily spot the similarities the show has with The Wire (2002) for including many scenes in the streets and using sound to give an authentic experience of the streets life, even actor's Chris Bauer character is almost the same as his on The Wire (2002), you also have Maggie Gyllenhaal (Candy) & Maestro Harrell (Randy Wagstaff) both trying to make a change for the better, Margarita Levieva (Abby) & Jermaine Crawford (Dukie) getting a glimpse on the other side, the media Natalie Paul (Sandra Washington) & Tom McCarthy (Scott Templeton),

its also about getting to know the other aspects of some people's lifes and the struggle they go through, that other movies/TV shows aren't focusing on, as we're used to by HBO you can't really pick a side to sympathise and find a connection with because simply everyone just wants to survive in their environment.

you can also relate the show to Mad Men (2007) for not including lots of acton & thriller scenes, and focusing more on each of the characters personal life experiences and daily encounters, what is referred to as "Drama".

Lost meets Truman Show
I liked how the show represent the today's generation aspiration and/or fear of the technology advancement specifically in the A.I field effects on the society, as many recent TV shows have drifted apart from the current aspects of the world we live in today (biography, medieval ,true story-crime, superhero fiction),

you cant help but notice Producer J.J. Abrams handprint as you can relate lots of features to Lost (2004) ,first in how the characters in most of the season are far away from each other with their own journey of self discovery that gathers them to the season's ending, and with some specific characters from both of the shows like the Man in Black (William) clearly similar to John Locke Terry O'Quinn (also Dolores from season 2), Bernard Jeffrey Wright and Benjamin 'Ben' Linus Michael Emerson from Lost (2004) they both did switch sides (the Others = the Guests/ people operating Westworld) and had a great deal of knowledge regarding the (Island / Westwold) , having underground facilities (buried hatches = the Mesa Hub).

Black Mirror
Episodes like White Bear (2013) and White Christmas (2014) of Black Mirror (2011) portray a dystopian society in which people convicted of crimes are punished by harsh methods, tt7924808 is a kinda of a similar idea for an episode where people who end up "pushing" are prosecuted to ensure the public safety.

Chasing Amy Meets Stranger Things
The open mindedness of the authority figures "parents" is at its peak on everything sucks! ,and its due to the how the parents relate to the teenagers relationship experiences, not sure if its represents the 90s or not,

I've watched a video on youtube titled "Explaining the 80s Movie Craze" its about how every era of movies looks back on the previous eras, and how its related to the directors/creators nostalgia.

Kids Psychology
Big Little Lies is about how the first years of a kids life determine their personality as adults, and the effect of violence which leaves a hard imprint on the kids memories that is reflected on people around them as adults,

but we also learn that its not always too late for a change, theres always hope, its just harder when people get used to things as time passes, kids represents hope and purpose.