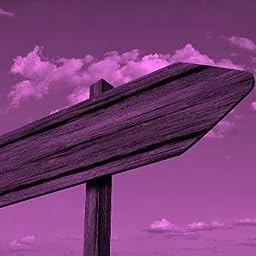 Charmed (2018)
I watched the first episode, and I enjoyed it - more than I thought I would. Previously, I was opposed to it; I didn't think it could be anything good. However, when it aired - finally - I decided to check it out. And while it is far from being anywhere near as great as the original show, I actually liked what I saw. The characters were likable; I enjoyed the dark tone. I definitely can't wait to see it find its groove.

Anna Karenina
I watched Anna Karenina when it came out in the cinemas, and it was, in my opinion, a masterpiece: it follows the love affair between the rebellious Anna and the dashing Vronsky and the hypocrisy that ensues; it was told in such a creative way: it reflects that life for Russian aristocratic was, in a way, like being on a stage.

As always, Keira Knightley shined; her performance as Anna Karenina stunned me, and it left me emotional. She seems to shine the brightest in historical settings; she was the perfect Elizabeth Bennet in Pride & Prejudice, and in Pirates of the Caribbean, she made Elizabeth Swan just as memorable.

Overall, I love Anna Karenina; it surprised me, and it inspired me to read the book, which is, like, 800 or so pages long; I enjoyed that, too. I need to rewatch it at some point; it was a while that I saw it.

I embarked on a Grey's Anatomy marathon, rewatching the seasons I'd already watched, then the seasons I hadn't, but when I reached Season 10, I decided to take a break, to watch its spin-off, Private Practice. I'd been wanting to watch it for a while, ever since I saw the back-door pilot.

And I am going to be completely and utterly honest . . . I enjoyed Private Practice more than Grey's Anatomy. I loved how we stuck to a smaller main cast, to the majority of them who were from the beginning. I found Grey's Anatomy a little overwhelming from the large cast, the thousand different story lines we followed - and there were so many devastations.

Anyway, I loved the cast; I loved Addison - her very first line has stuck to me (something along the lines of "You've been screwing my husband"), but it is her character development, her change from a cold person to someone who is more complex, who displays emotion, that I truly appreciate about her. Of course I loved the other characters, their story lines; Naomi, Violet, Sam, Cooper, Violet, and Pete won me over just as much as Addison.

The sunnier setting was, in my opinion, more appealing; it was breathtakingly gorgeous. And so was the cast: the girls and the guys were all beautiful.

I wish they hadn't ended it; I would've liked to see more from this cast, to see how differently they handled certain story lines, to see what they could've improved on from the American adaptation.

I can't wait to revisit Gossip Girl Acapulco: it is definitely worth a rewatch.

Quarantine
Quarantine was a terrifying roller-coaster ride: there were so many jumpscares moments, it was a surprise that my racing heart hadn't recovered from all the banging against my ribcage.

I applaud Jennifer Carpenter's performance: she was convincing, and she has proved to be a candidate for a Scream Queen. I feel like she was never off-key.

I actually watched Quarantine before I watched the original Spanish REC. And though I enjoyed Quarantine, REC was superior; it seemed more authentic. But as I said: Quarantine was a terrifying roller-coaster ride, just like REC, and I would say it is worth a watch, and, perhaps, a rewatch.

Buffy the Vampire Slayer: Welcome to the Hellmouth
(1997)
Episode 1, Season 1

Welcome to the Hellmouth
Buffy Summers wants to move on from her destiny as the Slayer, but moving to Sunnydale, of all places . . . well, that's going to be a little difficult (and that's an understatement).

My only issue with the episode - at least when I watch it on DVD - is that the lighting can be quite dark. Apart from that, I loved everything about it.

I love the characters: they are relatable; they face issues that any living person has. Yes, Buffy is the Slayer, but she is only human, too; she is just as complex, just as flawed, as any other person. Her best friends, Willow and Xander, are just as relatable; they carry a similar weight of responsibility as Buffy, and added to that, they have their own struggles with identity.

I love the witty dialogue, and each character has their time to shine; no one is left out, even Giles. I love the fast-paced, action-packed scenes, the thought-provoking, intricacy-filled story lines, and the emotionally-driven, heart-warming moments. I love the way each season is set, where each episode contains their own stories, while they add to the overall story-line, involving a Big Bad.

Okay, I love everything about Buffy the Vampire Slayer . . . except those moments when tragedy rips my heart right out of my chest. I still feel the pain of season six as hard as I did when I first watched it. But apart from those moments, those tragedies, Buffy the Vampire Slayer remains to be one of my favourite television series of all-time, one that I will keep revisiting.

REC 3: Genesis
REC 3: Genesis follows its own cast of characters in a removed setting from REC and REC 2. I thought the premise was intriguing: the virus spreading at a wedding. And despite my want - my need - to uncover what happened to Angela, I watched REC 3.

And it shocked me in the same way REC and REC 2 did.

Despite the brighter lighting as oppose to the darker variety from the first two . . . despite the switch from shaky-camera, found footage to traditional camera-work . . . it still contained that isolating, claustrophobic feeling.

I enjoyed the action-packed, fast-paced, extremely-bloody-and-gory scenes. I looked forward to the scene as displayed on the poster, when Clara poses in the tunnels, carrying a chainsaw, looking completely bad-ass.

By the time I reached the end . . . well, I felt heartbroken. (You will see why when you watch it!)

Lisbeth Salander is a highlight - Noomi Rapace brings her to life, and her performance is . . . I don't know how to convey it through words that well, but she is so bad-ass.

Some of the explicit content was a little too much for me at times. They made me gasp. Made me shiver. Made me want to look away. Then made me wish I could un-see it.

Overall, I enjoyed THE GIRL WITH THE DRAGON TATTOO.

Rec 2
REC 2 reaches the same heights - maybe even higher - of terrifying as the original. I thought I knew what to expect. But I should've known better. REC was an unexpected, scary-as-hell, yet exhilarating roller- coaster ride, from start to finish. And that REC 2 was just as unexpected - and it was scared the ever-living crap out of me. I couldn't take my eyes away from the screen. I wanted to know what happened after the unsettling ending of REC. So I couldn't keep my eyes closed, even if it could potentially cause a heart attack of some sort in the process of watching. And it was all worth it, from start to finish, then, suddenly, I was taken over by the same question when I finished the original: WHAT THE HELL HAPPENED?!

I don't think there was a horror film that scared the ever-living crap out of me until I watched REC. The shaky camera-work, the found footage, the dark tone, the cutting-edge acting . . . Oh. My. Gosh. It seemed like it actually happened. My heart raced at every scare; and it continued to bang-bang-bang against my rib-cage even after it came to its inevitable end.

REC overshadows any other horror film I'd ever seen. I don't think you can get anymore terrifying - or authentic - films as this one. And as soon as I finished REC . . . I needed REC 2 so badly!

Vampire Academy
The Vampire Academy series written by Richelle Mead is one of my all-time favourite series ever. I will continue to re-read the books because they are that awesome.

However, I can't say that I would re-watch the movie inspired by the books, mainly because . . . well, it sucked.

I feel like there were so many things wrong with this adaptation. Like, the majority - if not all - of the characters were miscast; the actresses who played Rose and Lissa were far from how I imagined them in the books, and they could've cast people who could actually embody these characters I love. The same goes for Christian - I like the actor as Jace in the Shadowhunters, but I don't think he was right person to play Christian.

There were so many unintentionally funny parts, and they are, like, the only goods things about this movie. For me, they basically made it Mean Girls with vampires. And to be honest, I don't think it can be compared to Twilight; they have both have vampires, yes, but they are still completely different from each other.

A while ago, I remember seeing Julie Plec, who developed The Vampire Diaries into a TV show, and who created its spin-off, The Originals, tweet about making Vampire Academy, along with others, as a TV show. And to be honest, I would love that; not only do I feel like I can trust her, but I believe making Vampire Academy is a better idea; they did that with City of Bones, which was rebooted as a TV show called Shadowhunters - which I love - and Tomorrow, When the War Began, which was rebooted into a TV show, as well - though I loved the movie for that. So why not Vampire Academy?

Anyway, this adaptation didn't work for me, and I hold out for Vampire Academy to get its second chance on-screen - with a completely different cast (I will come up with my own dream cast), script (and if there are any changes, they have to make sense), and, of course, developers (like Julie Plec).

REC 4: Apocalypse absolutely blew me away.

I thoroughly enjoyed the original REC; it was one of the most exhilarating, scary-as-hell horror roller-coaster I'd ever been on.

The second one was just as scary.

And the third one, though it followed completely different characters in a removed setting, delivered the same ounce of thrills as the first two, with action-packed, fast-paced scenes.

Now, we return to the story-line started in the original, following Angela again.

From start to finish, my eyes never wavered from the screen; nerves took over me, and my heart raced with every jump-scare moment.

I was completely satisfied with the end - you will know why when you watch it! It is my favourite horror franchise of all time, and in the future, I will re-watch the films - and hope the books written based around it are translated into English one day!