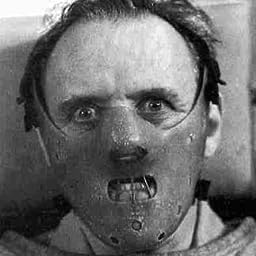 High Strangeness
This small independent/low budget film is built on extremely effective uses of science fiction coupled with religion coupled with political resistance to totalitarian power and a weird species of multidimensional autobiography that coalesces to provide a very, very satisfying conclusion and a sharp emotional experience. Shea Whigham carries the film, he's great. Hanna Hall is a most excellent villain. The story reminded me of The Man in the High Castle, another PK Dick novel featuring alternative parallel universes. The story is inspired by real paranormal events that PK Dick and his wife Tessa experienced in Los Angeles in the 1980s. highly recommend this for lovers of cerebral film.

The Best Fantasy Movie of All Time
I have a bias. This film charmed the freckles off me when I was 10. I fell in LOVE with it, a love that continues to this day. When I went to Germany, I visited Neuschwanstein castle, not because of Ludwig II or Richard Wagner--but because of this movie! It's perfectly cast, with brilliant, astounding music, and a design that knocks your socks off. There's only one moment where the magic languishes: when the picnic at the beach is almost over.

It's one of those films that, frame by frame, only get better with each subsequent viewing--because it's so rich and deep. Dick Van Dyke was never better. Sally Ann Howe is perfect. Gert Frobe, Sir Robert Helpmann and Anna Quayle are by turns menacing and hilarious, the script by legendary Roald Dahl is mesmerizing and the art direction is breathtaking.

However, this film about the love of a magical automobile may appeal more to boys than girls.

No wonder they've made a stage musical of this. The only mystery is why it took them so long!

The Last Voyage of the Wilhelm Gustloff (Historical Spoilers)
The Wilhelm Gustloff was the Third Reich's classiest passenger liner when she was pressed into service evacuating German civilians from Poland as the Soviets advanced in the waning days of WWII. Loaded with 10,000 passengers (crammed into every public space available), the Wilhelm Gustloff departed from Gdansk (Danzig) sailing for the German port of Kiel. During the night she was torpedoed by a Russian submarine and sank in 45 minutes, taking 9,000 souls with her (some say closer to 6,000). It remains the worst loss of life from a single sinking in maritime history. There has been controversy with some on the German side alleging a war crime, in that refugee non-combatants were killed in large numbers. The captain of the submarine (Marinesko) lived under this cloud until his death in the 60's. His commanders recommended he not be given the highest honors because his alcoholism and history of being AWOL made him unsuitable to be a hero.

Brilliant, Disturbing
This is an AMAZING film. I cannot get the imagery out of my mind. Like wisps of cloud moved by random winds are our lives.

Young people are beautiful. And nothing knows that better than Gus Van Sant's camera, which is content to focus on faces. Elias as he develops film, is particularly resonant, a young man concentrating upon an activity which gives his life purpose. He is engaged, committed, at peace. His face has an inner glow. He is competent at his craft which requires an understanding of chemistry and imagery. This is why Van Sant shows us this scene. Contrast this with Alex, whose almond-shaped eyes express wells of pain and fear. During a flash-back, he practices Beethoven on the piano in his room. He has talent, and he feels the music. But it's too difficult, it takes too much dedication and effort to get really good at it. So he flips Beethoven off and plays a computer game.

Thus are the characters in Elephant expressed--through their actions. It is a brilliantly conceived film, interspersing the same fifteen minutes of action from various angles and points of view, with flashbacks into the story of Alex and Eric.

The first moments of the film start in the middle of John's family crisis, and show a topsy-turvey world in which children are forced to parent their parents. It is a world of chaos, in which random winds blow our lives hither and yon, and the school room can be a refuge, a place to discover one's self, a known place, an orderly place. And then that perception is shattered.

Although this is a film about violence, it is also a film about love. Gus Van Sant loves his characters, and no polemics intrude upon their stories. It is an utterly devastating work of art, with haunting imagery that stays with the viewer for DAYS.

Great Writing, Acting
I recently saw ICE on the Sci-Fi channel and was pleasantly surprised by how good it was. The writing is superb. The characters are unique and believable within the science-fiction disaster context of the rapid cooling of the atmosphere.

Several scenes are extremely similar to scenes in THE DAY AFTER TOMORROW, in particular the final scene with the president, and using books to fuel the fire. Tiny details are what make a script work, and this one is chock full of them, the interplay between Officer Drake and his ex-wife and current girlfriend, the ex-wife's new husband, Greg, an intellectual who cannot accept the loss of civilization, the various people met along the way as established order breaks down and as the characters fight for one last hope of survival. The scene in which Officer Drake convinces his girlfriend to join the others rather than stay with him (and presumably die) is extremely moving. This film is one of the best character studies in a disaster context I have seen. All the characters are vivid, three-dimensional portrayals, bickering, arguing, conniving, negotiating, being courageous and self-sacrificing, and ultimately depending upon one another for their survival.

My only disappointment with the film is that the producer decided to dub Udo Kier's voice to give his character a more American accent. This is a deep flaw in an otherwise tremendously satisfying film. Udo Kier is a cult-film hero, and his voice, as sibilant and Germanic as it is, is a pleasure to the ear. "Kistler" sounds German enough to justify a German accent, so why the dubbing?