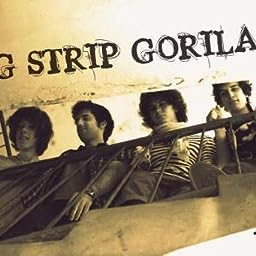 Clearly written for the stage
This piece does not translate well to the screen. The camera aimlessly changes POV from one character to another. Overlong monologs do not feel genuine, which turn glimpses of acting prowess into uncomfortable exceptions. I would blame directing for that.

When Shutter Island meets Birds (not in a good way)
First off let's list good points about this movie: + Awesome performances by both actors (Pattinson confirms his Good Time performance) + Cinematography is wonderful. Very thoughtful and atmospheric. Plays with shadows exceptionally well + Interesting aspect ratio brings black and white to fashion yet again

Everything else is incoherent and/or pretentious series of sequences which as a whole do not make an art form which we call a film (movie).

One final remark, I don't know whether should have I laughed or not on couple of occasions, but I did.

Dalmatian philosophy
The film follows a young man (a prototype of 'galeb', a local word for a womanizer) who enjoys company of tourists and locals, with emphasis on female acquaintances. The first act is fulfilled with traditional wisdom and little things that define Dalmatian lifestyle; such as reluctant attitude towards work, sanctity of mealtime (when a man from canteen is summoned to resolve the fight in the street on which he responds 'what can I do, it's 'marenda' (mealtime)'). This is why the film is probably too difficult to understand for non-Croatian audience.

Act 2 is a classic gastarbeiter story. Our hero was fed up with life in Dalmatia, which was according to him - hectic. After 9 months of living and experiencing Munich he finds himself homesick and eventually comes home.

Technical aspects of the film are really obsolete. The film was filmed during mid 60s and the picture is as was in the early 30s in the USA. Nevertheless, the film brings powerful emotions of living far from home (one of the motifs for Stanley Kubrick's Barry Lyndon). Money, nostalgia, simplicity, love - this is the order of our hero's reinvention. All in all, Covik od svita (I do not even know how to translate that properly) is a wonderful film which targets Dalmatian philosophy perfectly.