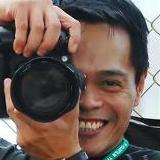 Painful to watch
Sadly this movie does not contribute anything new to how Filipinos are perceived but merely reinforces tired stereotypes, Jokoy's brand of toilet humor, and outdated tropes. It can be painful to watch.

If you've been a Filipino for a significant portion of your existence, then there aren't any jokes here that you haven't yet heard. And those that are new, at least to a few, are few and far between.

We have all seen this movie - just not in this precise form. Take a few jokes here, a few lines there, some plot lines from old family comedies, some Thanksgiving dinner family feuds from very old stories, etc. Except this time, all the characters, and the actors playing them are Filipinos. Did we really need this movie?

It's surprising that this movie even got made; when Batwoman was shelved and people WANT to see that movie. And we all know about Morbius. So the ultimate question on every thinking Filipino's mind is, "Why?"

(This is obviously the root of a recent trending topic on Philippine social media pitting historical accuracy against rumor-mongering - with the clear intent to validate this film's point of view.)

Full transparency: this reviewer could only stand the first 30 minutes of the film before storming out because almost all of the events are conveyed through the incessant shouted narration, screamed narration, and complained narration of three fictional maids.

Context was totally absent - leaving the viewer to figure out for themselves and navigate the precise point in history that is being portrayed on film. As a witness to this history, even I could not make heads or tails of it.

Adding to the confusion, the actors playing their respective roles did not even exert any effort to try to emulate the mannerisms, speech patterns, and idiosyncrasies of the historical characters they are portraying. It's a guessing game, distracting from whatever message the film tries to convey, unless the entire nature of this film's existence is to distract.

The constant cutting between re-enactments and historical footage adds to the confusion since no attempt was made to recreate the footage using the actors in the same context. Go figure!

This is bad. Really bad. Really, really bad. If you're a masochist wishing and willing to undergo being constantly screamed at by the help, then, by all means, waste your hard-earned money.

The writing! The writers! Kudos!
The Orville has outgrown its parodical beginnings and has been addressing currently all-too familiar and relevant issues such as gender-divisiveness and revile for anything different - a mindset made infamous by George Bush the younger: "You're either with us or against us."

This has not gone unnoticed and has managed to attract the attention of big-name stars such as Dolly Parton, in this episode.

Race is a footnote and no victim card played
As a Filipino, the plight of my countries primary export: domestic help, is all too familiar. But this time it's not exactly that, but the story is about a Cambodian doctor educated and who emigrated from the Philippines.

This story also takes me to a completely unfamiliar situation. Of course Vegas never disappoints as a backdrop for a story - but a cleaning lady playing the role of a strong, female character, as well as a mother, and a friend, without focusing attention to race or playing the victim card, is completely refreshing.

Diversity and inclusiveness
As the world tries to embrace diversity and inclusiveness, in spite of all the things that try to empower divisiveness, regionalism, and racist behavior; this series offers an alternate narrative that highlights humanity's diversity with literal horns and tails - without diminishing what makes us human, and what sets us apart from lesser life forms: which as far as I'm concerned is still comprised of the very same humans differently dressed in the latest trending attire, purchased with other people's hard-earned cash, exhibiting behavior one would hardly consider as "human."

I happen to know a tardigrade whose entire life never involved the intentional and deliberate desire to do harm.

Kung Fu?
This TV series' title should end with a question mark, because even the screenwriters seem to have absolutely no idea what story they're telling!

From the most overused, cliche'd, and stereotypical Asian tropes having the most mediocre of conversations while speeding through crucial plot points as if they were the answer to the question, "Are you human?"

No wonder it won an Oscar!
Initially, I thought it would be another cheesy documentary; believe me, I've seen thousands! And then, that voice! It hooks you in, as you feel yourself part of the discovery. Watch and learn, they say. Watch her learn, I say! With no lessons, no teacher, no mother. In this yearlong and lifelong journey through self-discovery.

Meh
It's like X-Files, except that they're just making things up as they go along.

Superheroes living real lives?
If I wanted to watch real life I'd look in the mirror and practically everywhere else. Not where I would normally go for entertainment.

Kudos to Milla & Ron!
What started out as a 2020's Stargate was merely a prologue to an excellently edited, gut-wrenching, and seat-of-your-pants action movie!

And wait for the post-credits.

He's got skills
A great ride, despite knowing the premise, and of course, the eventual outcome.

A West Wing Special to Benefit When We All Vote
(2020)

Amazingly executed!
The most beautiful TV Series episode I have never seen... in the usual way, that is.

Fish out of water
Your typical fish out of water storyline but what a beautiful fish and such beautiful waters. A great study on cultural differentiation, sometimes highlighting what's wrong with the American psyche when viewed from a foreign lens. In short, they sometimes just overthink everything. Vive la différence! C'est la vie!

Life goes on
"An end can be a beginning," is cliche as cliche gets. But this year's beginning has made us look forward to its eventual end, towards another... hopefully better beginning. #donvy

No! Not him!
What a casting catastrophe! Sherlock? Really? Such an insult to the impressive actors prior. So distracting from an excellent story.

Think different
It's comforting to see a version of this world where this pandemic isn't the worst thing that could happen. Let us ensure humanity's survival by not all thinking the same thoughts.

Ridley Scott. 'Nuff said.
Not what you think, better than expected! It's by Ridley Scott, after all.

Those eyes...
The windows to the soul. When might we be able to see this much humanity again... within us and our fellow humans? And there's a post-credits clip, just wait and see.

A refreshing perspective
Proof that kindness can still take the lead role in a major production and garner accolades if not from industry bodies but from those that matter: viewers.

Breaking bad three times
This series throws you a curve ball just when you thought you were getting comfortable with your popcorn and... bourbon.

The matrix reimagined
An eye-opening glimpse into the inner workings of the matrix's other dimensions.

A noteable journey
In more ways than one, a musical journey across generations.

Sci-Fi fans must-see!
We know who the true monsters are, always. That's why the aliens would never touch us with a ten-light-year pole.

Blacker Mirror
If you love Black Mirror, you will hate yourself if you miss this. Here is 10 times more!

Not a documentary. More marketing than anything else.
What a royal waste of time! Were we expected to be enlightened with disparate snapshots of slightly related events with absolutely no clear evidence of any journalistic activity? Their entitled millennial workforce, none of whom are witnesses to history, have now developed a sense of self-importance by their mere affiliation. Trying on clothes, getting a haircut, idle chit-chat on the way to the podium; have they no footage of actual news-gathering or investigative journalism activities to fulfill their runtime obligation? Besides, all parties are portrayed with no one's integrity intact. What's the whole point? If this is the story of the Filipino, I will see you all on the other side, wherever that may be.