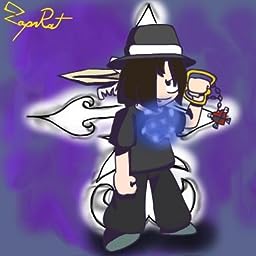 It's not that bad, people overreact
The Irate Gamer is a AVGN-esque show with a bit more of personality in some elements to it. While it's true that the first season of the show....isn't very good. The later episodes show off better acting delivered from Chris and his friend who plays the sage, a funny story which doesn't matter in the grand scheme of things is nice to see, and overall some pretty funny moments to laugh at. Really the biggest problem with this is the man himself doesn't establish his own identity until later episodes as the first 2 seasons are to be fair, AVGN knockoffs (which he has admitted) but regardless the amount of hate this guy gets isn't justifiable and you should at least give his reviews a shot.

Boring
Basically you take Two Best Friends and remove the hilarious riffing that they do and that's pretty much what you get.

James and Mike Mondays is a show where the two play games for a limited amount of time and what it amounts to is the two rambling about the game rather then making some funny jokes or for that matter a legit lets play...That's all there really is to it. To be honest it's nothing that we haven't seen before or for that matter something we should care about. The biggest problem I have with this is the fact that James and Mike aren't really that entertaining rather they just say what they're thinking and play the game. Mind you that's not always a bad thing because some people are very good about on spot comedy, but these two are obviously two that need some time to write some golden jokes rather then coming up with good humor on spot. Otherwise again, it's just the two rambling,. This review is short cause the overall show is shallow and uninteresting. You're better off watching other lets Look at's or Lets plays overall

Just watch something else on their site

A better Narrative then the already heavy story game, but still need to read some background story to understand a bit
Blazblue Alter Memory tells the story of the anime fighters Blazblue Calamity Trigger, and Blazblue Blue Continuum Shift, in order to have newcomers understand what's going on for Chrono Phantasma without having to play the previous two games.

The first two episodes cover Calamity Trigger point for point, and the rest of the anime is a re-imagining of Continuum Shift. While that sounds like a bad thing, it actually ends up making the story easier to understand, and even manages to make some characters more important to the story. The problem with Blazblue is while referring to Takamagahara a lot, they never fully explain what exactly it's suppose to be very clearly. However, during the fight between Ragna and Terumi in this anime, Terumi explains very clearly how Takamagahara was made, and how he manage to create the Blazblue. (which wasn't explained how he created it in the game) However, it still leads to not understanding the other units that were byproducts of the master unit like Susanooh unit or the Tsukuyomi unit, or what the Murakumo units exactly are. (though Relius does briefly mention them) But regardless, that doesn't stop the anime from being enjoyable.

Surprisingly, the animation is exactly like the animation from the Blazblue games intros which means it's beautifully drawn, full of color, and visually pleasing to the eye. On top of that, the Japanese voices from the games are here and accounted for the characters. I was quite surprised how well the narrative was both a lot like the game, but different enough for me to feel like this was something new, yet familiar enough to know that I'm watching related to the video game franchise under the same name.

However, the only downside to this anime is for those who really like the English voice actors/actresses (such as myself) there has yet to be an English dub for this anime, so you're left watching the Japanese sub. Overall though, what you have is a solid anime that newcomers and fans can both watch and enjoy. It's worth a watch

The reason for why this anime is bad is simple, it's all over the place, the dubbing and art direction even for 2002 look horrible, in fact there are anime prior to the twenty first century that look better then this, and the characters are just archetypes with no defying character traits that flesh them out. I can't say I like these characters, because these characters aren't identifiable. They're so one note and leaves me questioning why they're even here. Not even the intro makes that much sense about a man dying and a prince and raven fighting for all eternity or something. This anime is inconsistent and the world just makes no sense whatsoever and dialog that will leave you questioning just what exactly is going on? If you want good magical girl anime or just the anime genre as a whole, this is something you should avoid. With something as a reused concept from other anime as this and a story that's not that well written, you'll leave this anime asking what did you just watch. Stay away from Princess Tutu and go watch something else