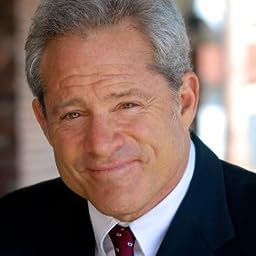 Walk's a razor's edge...
This film will be under-rated simply because it's on "TV". But make no mistake, this is REALLY good writing, directing, acting, music supervision, and so on. If you liked "Three Kings" and David O. Russell's sensibilities, or Altman's, you'll like this director and this film.

And Pitt walks the tightrope. HANG with his performance. What starts out as a cartoon becomes true flesh and blood. That goes for the whole film, and it is a moving ride.

Absolutely one of Spielbergs best
Underrated is right. This film has so been ignored when discussing truly great films and certainly the films of Spielberg. This film came out the same year as Bertolucci's "The Last Emperor", and was buried under the buzz of that film. Too bad, because Spielberg achieved what Bertolucci could not: Encase and convey a highly personal story within the context of particularly turbulent historical events. The experiences of Spielbergs "Jim" are felt more deeply than those of Bertolucci's Pu Yi. Both films are visually stunning, and on an epic scale. But these qualities tend to overshadow the human story of Last Emperor, and this is a human tragedy of epic scale! It is about China's last monarch, the last of a line dating back thousands of years. It is about the extinction of a species. Pu Yi is the last Mohican, so to speak, the last dinosaur. And yet, the deep, personal sadness of this doesn't come through anywhere near as profoundly as the broad and deep emotions of the boy Jim living through Japanese internment in Spielberg's Empire of the Sun. We get underneath Jims's skin, and ride the emotional roller- coaster that is his life. Conversely, we watch Pu Yi, often with the level of understanding one might have watching an animal in a zoo. We may feel some pity at it's captivity, but then we see it fed and housed and calm, and we figure, "Well, I guess it's not that bad." And of course there is this: Empire of the Sun makes me cry every damn time I watch it.

Another nail in the coffin
Well, the opening sequence is just plain silly. The rest of the film improves on that minimally. Bill Conti's music, save for the title song, is horrible. H-o-r-r-i-b-l-e. By the end of the first chase scene, you'll agree and wonder why Conti didn't leave those charts back in the 70's. By the way, chase scenes shouldn't contain "comic relief", and like all the Moore films, this one can't resist ripping off the Keystone Cops. The plot of the film is sound and believable, and the written characters are as well. But the performances of the two female leads - Bouquet and Johnson - are poorly directed. Topol & Glover are quite satisfying, though. This script was a pretty good one, but this film, this Bond, puts one more nail in the coffin of the franchise. Yes, it has yet to be buried, and younger audiences apparently dug Brosnan. But who among the Connery fans and the first 5 installments can watch any after them without feeling disappointed? Finally, even Maurice Binders normally great title sequence falters. For some reason, Sheena Easton weaves in and out, singing to camera, and steals focus from the wonderful and seductive visuals that always put us in the right place for what was to come. Let's see, this film came out in 1981, and MTV came out in 1981. Hmmmm.

Ditto "...got it right".
"Batman Begins" is where this film series should have began. Christian Bale's Batman is dead-on, bringing in the rage and darkness Bob Kane and Bill Finger first instilled into the character of the Dark Knight. Suave and smooth are at a minimum, and then only as a cover for the deeper, more complex stuff going on in the heart and mind of Bruce Wayne. Bale gets downright ugly at times, is truly menacing. In just the way he carries himself - his posture - the character is so much richer than those that came before him in this series. Nothing but superlatives for Bale's performance.

All other facets of the film are above average, and my only gripe is that - without giving away the story - the "crisis" is a little muddy, and is one place I think the filmmakers could have afforded to simplify, go a more traditional route. James Bond faced a nuclear threat (NOT the crisis in Batman Begins!) in virtually every film, and Bond never got old, although certain actors playing the part DID. And this is where this incarnation of Batman SOARS: provided the story is fundamentally solid, the threat to Gotham doesn't need to be over-convoluted. This new Batman - this GREAT character study - will keep us riveted film after film with even the simplest of devices.

Seen this movie 100 times
OK, first, to the reviewer that suggested "too much Fonda" and would have liked to see Susan St. James or Jennifer Warren in the role of Alice, you are forbidden from ever reviewing again. Fonda was perfect, and more on that later.

Second, this is not about a cowboy freeing a horse who is about to be drugged, as some reviewers have said. The horse was drugged from the beginning. Sonny noticed it, and that was a contributing factor to his subsequent actions.

This movie is about a man who strayed far from who he was, and who sought to find himself again. The horse is metaphoric: it is drugged, exploited, and broken, just like the man. So, the man attempts to find himself, as he helps the horse find itself again, so to speak. And, in the process of trying to report the story, the Fonda character attempts to find herself as well, for she has become neurotic, pill-popping, and uptight in her quest to become a star reporter. And, of course, as they travel the countryside, we find America.

Back to Fonda. Fonda's casting has always been that of the strong but flawed "career" woman, from "Barbarella", to "Klute", to "Electric Horseman". She is independent, doesn't need a man. As the tough and aggressive reporter in personal crisis, she is cast perfectly. St. James has neither the strength nor the necessary equal dose of vulnerability that Fonda can muster. This is about chemistry as well. Redford and Fonda have teamed up before, and the chemistry is proved.

So this brilliant and simple story illustrates and creatively reinforces the the idea of straying from true nature, and the need to find it again.