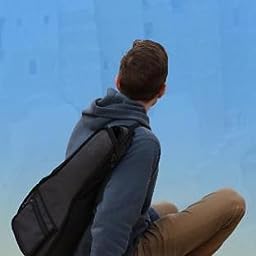 I Survived I Kissed Dating Goodbye
(2018)

Excellent Portrayal of a Famous Author's Self-Assessment
For those who grew up in the Evangelical purity craze, the name Joshua Harris is ubiquitous. Caught in the middle of his own public persona and his changing personal views, this film depicts one of the movement's most well known thought-leaders as he vulnerably reconsiders the entire premise of the book that propped him into the limelight. Viewers are taken through an exciting journey, seeing the roots of the purity movement, the various (and sometimes harmful) effects it had on its participants, and proposing a new and perhaps wiser perspective on the issues of dating, courtship, and romance in the 21st century. The content of the film is enlightening, and the character of Joshua Harris is inspirational. A must watch.

Dazzling exhibit shatters established boundaries of the art-form
I'm sorry. I'll say it now. I'M SORRY. I pirated this film because I just COULDN'T wait to see it. I'd been anticipating it since I heard a story about it on a BBC Podcast. Do I regret downloading it? Yes. I'll do whatever I can to make up for my cruelty to the filmmakers. Do I regret watching it? ABSOLUTELY NOT.

Just when I thought there was no possible way for filmmakers to push the established boundaries of the art-form, this movie comes along and shatters all limitations.

An engrossing story-line, but most importantly, an unforgettably dazzling exhibit of

Tries to be more than a superhero movie
Ther's a lot going for this film. The whole story challenges the common protectionist and nationalistic narrative that's growing in our Trump-mongering days. It questions America's policies of foreign intervention. And it give African Americans their long-awaited place as the bad-asses of Hollywood. But despite all those wonderful things... at the end of the day, it's just a superhero movie. I'd be surprised if anyone really cares about it in 20 years.

Memorable and Potent(ially a Big Winner)
Like a Lion, this film balances the seemingly contradictory traits of ferociousness and cuteness. It powerfully hits the empathetic part of your soul while at the same time giving an overwhelmingly adorable portrayal of a child's tragic journey. Unlike other films on this year's list of Best Picture Nominations, Lion is not as polarizing. It has a very wide appeal for mass audiences. The score is enthralling, the acting is brilliant, and the story draws you in along every step of its beautiful journey. I would highly recommend it to everyone and, though I don't think it will win Best Picture, I predict potential awards for Score and Acting.

Best part is... it makes you want to read the book
Every field of study needs its limelight in Hollywood, and this time it's linguistics. This film, directed by a French-Canadian, composed by an Icelander, and based on a Hugo award winning novella by Ted Chiang (a Chinese-American) depicts the complicated and geopolitically unstable circumstances that would arise if extra-terrestrial lifeforms suddenly appeared on our planet. At least, that's what it seems like on the surface. Underneath the typical Hollywood plot is a story with gripping philosophical and linguistic inquiries into the nature of reality. We find ourselves fascinated with each new discovery uncovered by the protagonist, an inquisitive linguist played by Amy Adams, as she begins to grasp the new Alien language. Included in her realizations are an unearthly way of perceiving time and a paradoxical new perspective on the issue of determinism vs. free will.

Amazingly, the film never goes into annoying explication, despite the highly technical nature of the setting and the complexity of the plot line. The film always gives a strong taste without revealing too much. To some this might be annoying and confusing, to others (like myself) it might spur a relentless curiosity. After the film had ended I found an online copy of the book from which it's based. I would highly recommend others do the same. Though the visuals, effects, and cinematography of the film are enchanting, and overall it is masterfully made, the philosophical themes are far more engrossing in the novella. Ted Chiang has an incredible aptitude for conveying mind- blowing scientific, linguistic, and philosophical wonders in a few short sentences. Not to mention, the story of Louise's relation to her daughter is far more personalized as we get to see things from her mind's eye.

The difference between the book and the film is seen most clearly in the titles. In "The Story of your Life," the alien encounter is only a back drop to the story of Louise's daughter. Whereas, in "Arrival," global turmoil and creepy alien encounters play front-and-center.

Brilliant Screenplay, powerful film.
This film is about a man. A man who carries the burden of generations of hardship, who couldn't fulfill his own greatest dreams because of the oppressive context in which he lived and who tries to close himself off from the world with fences. Tragically, in closing himself off he loses site of the changing times, he boxes his loved-ones in, and he creates an oppressive environment that emulates everything he tried to guard against. The timeless question lies within this story (adapted from a Pulitzer winning play) is: can we hate a man like this? Or, when we consider his circumstances and trials, is he a hero to admire?

It's worth seeing and is worthy of praise. If not from the acting (particularly Viola's), from the captivating and poetic screenplay. Every word uttered seems calculated by the mind of a genius.

Like getting punched in the face by 200 P.O.W.'s
Every so often a film comes along that inspires me to overcome all challenges and energizes me with an almost divine zest for life. Unbroken is one of those films. It's heroic without being campy, it's tragic without being grotesque, and it's historic without being too detailed. It depicts the worst human suffering through true story; a story so overburdened with pain and trauma that most filmmakers would make it unbearable to watch, but somehow Angelina and the Coen brothers manage to keep it highly engaging the whole time. I would recommend it to anyone, especially those who are suffering from the worst illness of all: privilege. It's a punch in the face and a reminder of what matters in life.

Fascinating Time-Piece
An excellent time-piece portraying the difficulties faced when emigrating to a new land. The protagonist is torn between two commitments: her duty to her homeland and family, and her duty to her aspirations in the new world. Or rather, between a glorious past and a glorious future; an old village and a grand metropolis. Her choice ultimately resembles the ones our great-grandparents made upon arriving on these shores; they risked everything for opportunity and personal gain. For that reason the setting is fascinating. The characters could easily be our own family. Yet, though it only takes place less than 100 years ago it may as well have been a thousand. The stark difference of culture, customs, and technology is poignant throughout the film. And yet we see a world where our own culture (American culture) is the strange one. The 'normal' is Irish or Italian. And therefore we realize the line between us and modern day immigrants is not as wide as we thought. A very fitting film considering our present day circumstances in global politics. Maybe we should not fear immigrants? After all, are they much different from our grandparents?

The Biggest Hero in Cinematic History: A 5-year old Boy
An unsuspecting 5 year old boy narrates his life as he transitions from the "room" in which he grew up to the real world. In all of his childlike curiosities and passions, he manages to bring joy to his mother, Joy. And he keeps her alive with his immeasurable, child-like, Sampson-esque, hopeful strength. At least three times he manages to save his mothers life. All because of the pure, unrefined love that comes of child- bearing and childhood dependence.

Jack, the protagonist, is my hero. If I could love others the way he loves his mother, I would be a man befitting the greatest rewards in heaven.

So good I watched it twice, back-to-back.
AMAZING! It's not often that a film can so effectively draw out every emotion: Joy, Laughter, Sadness, Intrigue, Horror, Dread, and Hope. The humble and self-sacrificing protagonist, Brendan Gleesen's Fr James, is an exceptionally rich and layered character. He's a man greatly respected who represents an institution despised and reviled for its previous wrongs. Yet he bears that cross with repentance and simplicity. He wears the traditional cassock symbolizing his return to the old way of doing things, to what Christianity was meant to be: a religion of simplicity, compassion, and grace. Each character that he meets presents a mirror to the viewer, causing us to look at ourselves and question our own moral choices. If you wish to be entertained but hope to catch a whiff of spiritual depth, this film is perfect.

What's all the Buzz?
For a film about a simple Italian beekeeping family there is a wealth of depth and imagination. I personally wasn't a fan of the visuals, editing, and cinematography; but the screenplay was phenomenal, the acting was superb, and the story struck at the heart of family life amidst difficulty.

I don't know much about Italian lore and history, but I would guess this film is some kind of modern take on an ancient Etruscan fairy tale. A struggling rural family with scores of problems is almost entirely dependent on the oldest daughter to provide. In order to help her family, she calls on the help of a fairy. In this case, the fairy is the host of a prize show. All in all, it's a brilliant revision of folklore. It goes to show that moral messages of ancient stories apply just as much to us today as they did to ancient civilizations 2700 years ago.

Good
Does a good job of objectively portraying the breadth and diversity of all the weirdest and quirkiest subgroups that have born out of the American Evangelical church. I would highly recommend it to anyone whose grown up in the church. It definitely challenges a lot of preconceptions. It's visually stunning and well crafted. The only downside is the narrative, which (without a narrator) doesn't seem to follow any clear stream of thought. And the conclusion at the end seems unrelated to the overall film. It kind of feels like a film directed at Christians to coax them into watching so it can try attempt to undermine their faith.

As a Christian myself, I was a bit unsettled. Happy and hopeful but also sad and frustrated. There are some really dumb Christians in America but also some fantastic ones (*cough* Shane Claiborne). I disagree with the final conclusion of the film but am happy I watched it.