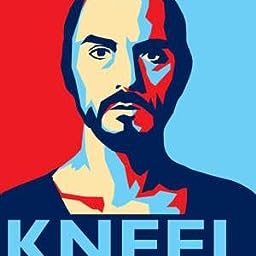 An epic and under-appreciated film--a defense of Man of Steel
How on earth is Man of Steel only getting a 56% Tomatometer rating and 47 Metacritic score? I just don't see how this movie could ever be considered less than a 3 out of 4 stars. Let's think on this: Spider-Man 3 had a higher Tomatometer, and that movie was almost unendurable. Even Superman Returns, with its ridiculous premise and complete lack of any meaningful conflict, scored better than MoS?! Now, this kind of silly inconsistency in rating can be attributable to many factors, but I think there are two big ones:

#1: Ever since Robert Downey Jr.'s performance in Iron Man, every film critic wants their superheroes witty, self-deprecating, and endearingly dysfunctional, if not outright self-destructive. That's not Superman, folks. That's not him in the comics, and it's never been him on the big screen. And for all of those critics I've been reading that have decried the lack of fun or liveliness in Henry Cavill's performance, try to remember that Man of Steel tells the story of a person (an alien, no less) who is searching for his place in a world that continuously proves itself to be frightening, unwelcoming, distrusting, and fragile. And just when he begins to understand who he really is and what he was sent here to do, the beings from his home world--who should provide a comfort to him or, at least, a greater sense of place in the universe--turn out to be killers without conscience bent on the destruction of him and all he holds dear. So, no, I don't think it should be expected that Clark would be wise-cracking his way through this movie. And let's not forget that he was raised a very sheltered life on a farm in Kansas: can we really expect much more liveliness than what he's shown us?

Contributing unfair rating factor #2: This is Superman, and Superman has always been held to a higher standard than any other superhero film franchise. Just think about this: Thor was not a great movie--I would venture that it's not half as good a movie that Man of Steel is--but because it wasn't about a character that we all hold so dear and have such amazing expectations for, critics gave it generally favorable reviews (it had a Tomatometer rating of 77%!). Think back to that movie, folks...oh, wait...you can't remember anything that actually happened in it? Maybe that's because the final confrontation involved a highly yawn-inspiring villain called a Destroyer tearing up one of the less-convincing Paramount back lots resembling a town of 50 people in the middle of nowhere. Really? If that had been a Superman premise and final film product, it would have received a rating of 17%. Here's a short list of other superhero/comic book films that you might be surprised to find scored better than Man of Steel with critics: X-Men: The Last Stand, Blade II, 300, Hulk, The Incredible Hulk, and Watchmen. Now, this list contains films that I enjoyed--some of them a great deal- -but I don't know that any critic could convince me that they're better films than Man of Steel. I'd contend that much of this has to do with just how incredible a job Richard Donner and his team did in handling the story back in 1979. I don't know if any reboot can match it; but what's sad is that Man of Steel hasn't been praised for its success in not trying to match or draw too heavily upon it.

It baffles me how Bryan Singer's terribly derivative and ultimately muddled continuation of the Donner Superman universe actually received higher reviews than Snyder's film (75% on Rotten Tomatoes). That film had one great scene with the airplane rescue, a ludicrous conflict involving an over-the-top Lex Luthor, a completely unconvincing Lois Lane, a super-stalker protagonist, and an inexplicable series-killing addition of a Super Son. Oh, and no actual fighting. They might as well have called it Superman Settles Down.

All that--all comparisons with other films and other performances-- aside, this is a movie that is well-worth your time and money. There are things you'll see on the screen that will leave you smiling for a long time. The casting is phenomenal, with Cavill delivering a performance that's both assured and vulnerable in turns. I liked Amy Adams as Lois a lot more than I thought I would: she's smart and tough. Crowe, Lane, and Costner are all fantastic, playing different parents to Kal-El. Michael Shannon was very impressive as Zod, as he portrayed a great villain with more of a tragic figure's arc and depth than Terence Stamp's Zod did in Superman II: he terrifies, but one can't help identifying with him. The back story and design of Krypton are, in my thinking, worth the extra price of the 3D ticket. I really love the decisions that went into what would become one of the central conflicts of the film (the recovery of the Kryptonian Codex). Yes, there are a lot of CG effects in this film, but when you execute them as well as they did here, I have no reason to complain about them. I can't believe so many critics--many of the same critics, mind you, who raved about Star Trek Into Darkness--have a problem with Man of Steel's heavy reliance on computer graphics. The flights and fights look great. And, yes, there are actual fights in this Superman film, which I won't denounce, no matter how lengthy or destructive they might have been.

If you're looking to see something like Iron Man or Richard Donner's Superman, then Man of Steel might not satisfy. It's not meant to be these films. What it is, ultimately, is really entertaining and enjoyable...a true cinematic experience. And beyond all of this, I think it more than does justice to the history and the shared mythology of this most recognizable of superheroes.