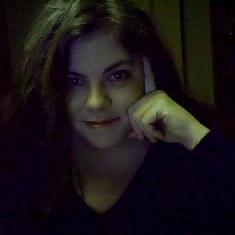 Don't bother about a hanky for this one. Grab some Prozac instead.
It's a good film, but if I never see Open Water again, it will be too soon.

Daniel and Susan, on vacation in the Caribbean, go on a chartered scuba diving excursion in the open ocean. During the dive they stay underwater longer than they're supposed to, swimming away from the rest of the group to pursue their own interests. When there's a miscalculation in the head count after the others come up on time, the charter boat departs, its occupants unaware that two divers aren't aboard. Daniel and Susan rise to an empty surface.

They're annoyed at first, and then concerned. They bounce a few ideas around only to come to the frustrating conclusion that there's nothing they can do except bob in the ocean, waiting. Waiting for the boat, which will surely come back. Waiting to drift within swimming distance of a buoy. Waiting for jellyfish stings to wear off. Waiting for the sharks to leave. Waiting for someone to notice they're gone.

Between monitoring the sharks, they stave off panic with an argument, try to remember what Daniel saw on the Discovery Channel, and get cold and sick, at one point having to swim away from their vomit. Efforts to signal for help fail time after time. They get quiet. As hope ebbs and night falls, Daniel and Susan cling ferociously to each other.

Open Water isn't about gory shark attacks, complex characters or healing an imperfect marriage, so don't expect such things. It's about the despair of discovering that there's an easily-severed tether holding you to the rest of the world, and that while you need it very much, the rest of the world certainly doesn't. It's about the process of becoming aware that you're experiencing a slow, excruciating death.

Open Water ends so bleakly that I couldn't utter a word when the credits started to roll. Neither could my companions. We just sat there for a while, demoralized. One of my friends finally murmured, "I don't think much of that movie."

Neither do I. Well, that's not quite true. Open Water is a good movie. It's smart, fairly well-executed and evokes the emotions it intends to. I just didn't count on experiencing those emotions, and now that I am, I really don't want to anymore.

This review has been brought to you by:

The Foundation for a Better Anti-Depressant

The Council of Professional Scuba Divers: Requiring scuba charters everywhere to check names instead of numbers

Forgive the Flaws
The theme of Denial is one that everyone can relate to: Coming to terms with lost love. With raw, unsentimental honesty, Robin Wright Penn portrays Sarah, a live-in nanny employed by a widower and his preteen daughter. Sarah fills her life with cooking, gardening, subtle but effective feats of child-rearing, French lessons on tape, and building a gazebo to use as a classroom for summer school tutoring. She shuns suitors and prefers solitude. Hers is a serene existence.

But we frequently go back to a time in Sarah's life when she was known as Loon, and Loon is anything but serene. Reckless, whimsical and self-absorbed, Loon tells fanciful lies and craves being the center of attention. But when she gets involved with brooding Michael, she's forced to confront her behavior.

"You could be so much more," Michael observes, disapproving.

Theirs is a passionate love, but her thoughtlessness sparks a volatile nature within him that he isn't comfortable with, and it eventually wears him out. In a scene that serves as the crux of the film, Loon finds him at the train station with bag in hand, about to leave. She cajoles him with humor, horseplay and finally tearful begging, promising to change if he'll give her another chance. He doesn't believe her.

"You don't know everything about me, you know," she replies. Determined to prove it, she steps onto the train, which departs without Michael.

We eventually learn that it's on this very train that she meets the little girl to whom she becomes a nanny. Finding this niche of responsibility, she leaves the nickname and wild behavior of Loon behind, and years pass.

Enter Rae Dawn Chong's insightful Julie. A filmmaker, Julie is interested in the hologram technology that Sarah's employer tinkers with, and visits for a weekend. The two women recognize each other. Julie was once on the periphery of Loon's circle of friends, and can't help but notice how different Sarah is from the Loon she remembers. Julie was also aware of Loon's torrid relationship with Michael, and suspects that Sarah's not over him, and is still nursing hope.

Julie and Sarah exchange polite conversation and share a few memories, avoiding the monolithic subject of Michael. But Julie's presence alone is enough to stir discomfiting memories. Sarah finally does a little fishing, wondering aloud how Michael is, only to learn that he's been involved with someone else. It's news that Julie is hesitant to deliver; she senses Sarah's vulnerability.

When Julie leaves, Sarah is left to deal with that last blow, realizing she's spent years in a transformation which she finally recognizes was inspired by a desire to become what Michael wanted her to be, while he'd moved on.

In a tour de force by Wright Penn, Sarah comes to terms with this loss in a fit of such explosive emotion that it's impossible not to be deeply moved. When love's lost, you can curse and sob and tear your hair out, but afterward, you still have to get up off the floor and finish doing the dishes.

The writing is lyrical and the characters brought to life with mostly wonderful performances. Despite that, Denial is a film that only a very patient and forgiving viewer will appreciate.

It sorely needs a more linear approach. Moving at a too-ponderous pace, it's nearly ruined by murky composition. It's difficult to tell at first, for example, whether we're seeing Sarah's past or present as the story jumps about in time. The first major scene is the one at the train station. We don't even know that she goes by Loon at this point- just that she and her boyfriend are on the verge of a final breakup. The next scene, subtitled "Years Later," shows Sarah gardening, living her calm life. Next, we see Sarah on a roof posing for a portrait, surrounded by a new set of people calling her Loon. There's nothing to indicate that we're in the past again, except costume changes and a too-brief appearance by Julie. No change in cinematography, no appreciable difference in atmosphere, and very few contextual clues which help that early in the film. I'm pretty observant as movie-watchers go, but it took a second viewing to put the pieces of Denial together and really enjoy it, which shouldn't have been the case for a story like this.

Another problem: hazily defined relationships. Are Sarah and her employer a couple? It doesn't become truly clear that she's just the nanny in the household until near the end of the film. If this was intentional, it was a mistake that compromises the emotional impact. It should be made clear earlier that Sarah hasn't been romantically involved with anything but her memories of Michael since getting on that train.

Despite some beautiful narration by Julie, the POV can't decide to be through Julie's eyes or Sarah's. The editing often makes the dialogue seem stilted, and on one occasion just plain nonsensical. The chemistry between the lovers is intense, but Jason Patric's Michael is so whiny and morbid that it makes us wonder why she's enchanted with him to begin with.

I love Denial and count it among my favorite films, but it's easy to understand why I have so little company in this regard.