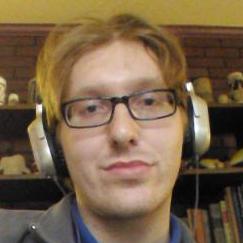 The first classic episode of "American Dad!" after its switch to TBS.
I hope this show still exists years from now. However, if it does not, the current season aired on TBS will undoubtedly be remembered by fans as the show's least consistent. The jokes just don't seem to be hitting the mark as spot-on as AD's many admirers have become accustomed to. In particular, the "b-plots" seem to have taken a nosedive from "sometimes funny" to "often cringe-inducing".

Fortunately, "A Star is Reborn" makes us forget all of that for a few minutes and takes us back in time to pre-"Hot Water"-era AD; a time when this show seemed more interested in entertaining than offending. This has all the hallmarks of a classic episode.

The main plot features guest stars who all contribute to the funny rather than detract from it. The setting is "Golden-Age Hollywood", an era Seth MacFarlane seems quite attached to. Everything about this episode is lovingly crafted. From the background art in Junebug's house to the punchlines in the "Bones"-related b-plot, the intricacies of this episode shine like a jewel compared to the rest of this dull season. Even the soundtrack, particularly during the conclusion, paints a nostalgic sonic picture that I know would not be found in any other cartoon.

To summarize, if you are one of the many fans who jumped ship after this show moved to TBS, I would like to say first of all that I do not blame you. I love certain episodes of this series dearly, and to see it dip at all in quality was nothing short of traumatic. However, I urge you to give it a second chance, starting with this episode. I doubt you will be disappointed.

Wow, three seasons of real trash TV!
This show is truly the most offensive, least creative thing I've yet seen on Adult Swim, with the emphasis on "least creative" (because everything on Adult Swim could be considered offensive). I love shows like Xavier: Renegade Angel because it was obvious that the level of intellect going into the wordplay on that show was beyond anything on television at the time. The Eric Andre Show is clever because of the way it fiercely de-constructs the late-night talk show genre. Even Robot Chicken sometimes rises above its amateurish nature, winking at the stoned English majors in the crowd as if to say, "Yeah, we get you..."

Loiter Squad, on the other hand, is content to reject any glimmer of intellect and instead slams you in the face with tired racist sight gags and reheated "Jackass-style" pranks that taste a lot less fresh in 2014 than they did a decade ago. It reeks of what I would call intellectual laziness. Why waste brain power trying to think of a call-back to a previous bit or researching an appropriate pop culture reference when you can just make yet another predictable watermelon or tap dancing joke?

The thing that upsets me is that crap like this is cheap and easy to create, so of course it will last longer than several of the brilliant but more expensive shows that Adult Swim has produced. I just sincerely hope that there are fewer people watching a third season of this trash than there were clamoring for more Xavier.

Sort of like "The Tom Green Show", but crazier.
I was struck a few months ago by how brilliant most of the programming on Adult Swim's late night comedy block truly is. I've come to expect that anything produced by PFFR Forever Ltd.(Xavier: Renegade Angel; Delocated; The Heart, She Holler) is going to be great, and I can cop to enjoying certain other shows like old-school Aqua Teen Hunger Force, along with newer stuff like Squidbillies, Off The Air, and Children's Hospital. Really though, I think it's pretty clear that those weirdos "Tim and Eric" represent the modern ethos of this fledgling counterculture-TV-thing called Adult Swim. When I read that they were responsible for producing this freaky "Eric Andre Show" I wasn't surprised at all.

Nor was I surprised by its off-the-wall nature, though I suppose you could say I was at times shocked by it. This is truly radical television, a knowingly smart train wreck that sometimes doesn't know when to stop itself. There are moments when you can't help but cringe for the poor B-list guests(just watch Lou Ferrigno squirm as a little dude in green Hulk makeup gets way too close), and some of the man-in-the-street gags amount to little more than Eric barfing on people. However, when the insanity works, there is almost nothing else on television that even tries to entertain on this level.

One true asset is the impossibly laid-back co-host, Hannibal Buress. He serves both as a straight man to Eric's straight-jacket man, and as a welcome distraction for the often uncomfortable guests (who we, the audience, have come to identify with, thus making Hannibal a welcome distraction for us, too.) Some of the random segments involving Hannibal are highlights because they are equally absurd as, but usually less abrasive than, the bulk of the show.

Speaking of abrasiveness, from the opening credit sequence in which Eric destroys his own set while the band jams both aimlessly and furiously in the background, to the way he often pulls out weapons from unexpected locations and "shoots" or otherwise "kills" somebody at random, to his inexplicably rude or outrageous behavior during interviews... it's easy to understand why a lot of people really don't appreciate this type of humor. It reminds me a lot of the late-nineties "Tom Green Show" on MTV- truly out there.

So, personally, I love this type of humor. However, I can understand why people who are easily offended by violence and crude sexual/gross-out humor might really hate it. That said... those people should really get over it.

Thanks for reading what unintentionally became a pretty long and wordy review.

The sum of all subtractive inequality.
Beyond the places in your own dark, childish imagination that you are afraid to revisit, Xavier does lay. And lie. Or, at least, obfuscate the truth a little.

Do not watch this show if you are unwilling to self-actualize. An actual self is required for viewing. Sometimes objects in this freakish fun- house mirror are a little bit closer than they appear... like in the brain of your own tiny mind.

Subtly, despondency will envelop your soul shoes and envelope your shoe soles. To Satan.

Some people seem to dislike this program because it is obviously designed to appeal to the spiritually confused. I think those people are delusional. They aren't willing to see how confused they really are themselves, or may possibly have a mental disorder preventing them from doing so.

Don't hate Xavier because you know you love him. And he loves you.

My favorite live-action Adult Swim show.
Let me begin by stating that this show leaves a very distinct impression the first time you see it. If you have any reservations about... well, just about anything at all, you should probably not bother. This is for the truly uninhibited imagination and for that reason, it will never be very popular.

Watch if you dare.

UPDATE (1-7-14): I recently purchased the DVD set of PFFR's first Adult Swim contribution, Xavier Renegade Angel. If you've already given into the sweaty, meat-flavored temptation of The Heart, She Holler, save yourself a flavor and get the Xavier Renegade Angel DVD set on Amazon (right now only $4.99!). Try not to watch any of it on the internet first, as it should be seen/heard in the best possible quality (plus, anything this freakishly brilliant deserves your financial support). Then thank me when you realize that you're watching the best thing Adult Swim or PFFR have ever produced.