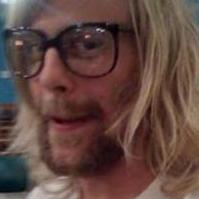 It should be said, it's never 'laugh-out-loud' funny. Then again, neither was the show when I watched reruns in the 90s as a kid.

I saw a tweet that said the costumes should get an Oscar nod, and that is actually spot on. The sets & costuming are lovingly detailed & hand crafted. Movies don't look this practical any more.

Any harsh critic of this movie has gotta be a Halloween Scrooge with a heart of stone. Real craft & care went in to this movie & it's a real treat (with a few nifty tricks).

'The Black Phone' has a delightfully 'SINISTER' ring
*MINOR SPOILERS* 'Black Phone'; I'll say up top, Scott Derrickson is a director that I really admire. He's got the gumption & grit of a real DIY guy. I've been tuned into his career since his B-Movie/VHS days (Hellraiser: Inferno) ... and I'll say, his best work is when he's in the lower-budget, contained 'genre' zone ... This is a guy who just knows how to make really fun & really scary 'haunted houses'...

... and 'Black Phone' is def right in his sweet spot. It's his best flick since 'Sinister' (one of the few horror flicks that genuinely, utterly STILL creeps me out i.e. One of my top 10 'GOAT' horror flicks), and in a way it plays as a sort of spiritual sequel to that flick (much better than the forgettable 'Sinister II', which Derrickson didn't direct btw).

From the trailer I thought the 'Sinister' elements were going to be a tad on the shameless side. But no! Scott D. & (his frequent screenwriting 'partner-in-crime') C. Robert Cargill... these guys really took the essence, the magic of 'Sinister' and parlayed it into a fresh new thing.

They utilize the 'super-8-snuff-film' aesthetic that they perfected once before, and have actually fused it with (grafted it upon?) a honest-to-goodness Spielbergian/Joe Dante-esque plot schematic. And it's quite a riveting fusion.

Some may cry 'Stranger Things' are afoot, but you know what? Derrickson & Cargill pull it off in a more organic way... it's akin to 'Stranger Things', yet with out the constant 'NOSTALGIA-UP-YOUR-A*S' schtick that can sometimes overwhelm these late-70s/80s throwback extravaganzas. This feels much more grounded.

Oh yeah, the performances really make this pic hum. Ethan Hawk is doing a thing here that is very much in the wheel house of, say, Kathy Bates in her Oscar (*ahem*) worthy villainy in 'Misery' (after all, this flick is a chip off the ol' King's block, being an adaption of a Joe Hill story; google Joe). Simply put: Hawk is doing some of his best work ever here, no hyperbole. In a just world, his 'Grabber' character would be remembered come awards season. Fingers crossed!

The main child actors, Mason Thames & Madeleine McGraw, they actually give great grounding in yin-Yang contrast to Hawk's scene stealing Sick-o. Keep an eye out for these kids to be leading MCU movies (or something equivalent) some day soon.

An added bonus: even though 'Black Phone' is a period-piece, let's just say the flick packs a few gratifyingly cathartic, timely punches (like all great horror flicks) ...

Punching up towards a Bogeyman that, if ya squint, isn't far removed from a particular type of patriarchal monster trying to exert its ghastly dominance in our modern day. Timely indeed.

The intoxicating Power of 'the Power of...'
Damn. Power of the Dog. Funny enough, the most recent, comparable 'Oscar Flick' that comes to my mind is Todd Phillips's 'Joker' (a movie that I love tbh)

I see POTD as Jane Campion's dialogue with the likes of 'Joker', 'Taxi Driver', ''There Will Be Blood' etc. Campion's entry in to the 'Toxic Masculinity' Genre (if you will, haha)...

Over all: A monumental, singular achievement in popular filmmaking.

See 'Dune' in a movie theatre (if it's safe to do so); it's a movie that practically demands to be seen on a giant screen.

Reminiscent of Peter Jackson's 'Fellowship of the Ring', in that I remember when I first saw that movie, I was ok with it being slowly paced, at times, because I knew it was setting up HUGE payoffs (and it did: not only in the Orc battle scene etc., but overall, the third LOTR film, 'Return of the King', was the best in that series imo).

For a lot of pic's running time, 'D21' really is the best of both worlds (almost a beat for beat remake of 'Lynch-Dune' at certain points; & at others, it quite stunningly fits as much of the Novel's mythos, as is possible in a mainstream pic of this scope).

However 'Dune 21' is more akin in tone to EPIC fantasy like 'Thrones' or LOTR, than it is 'hard' sci fi; it def has a lot more ponderous, somber moments than, say, Star Wars; yet, punctuated with some jaw dropping action set pieces! This approach - deliberate, ponderous pacing; punctuated with grand payoffs -is the style that the film's director, Denis Villeneuve ('Prisoners', 'Blade Runner 2049') does exceptionally well.

To Villeneuve's credit, he seems to honor all past 'Dune' iterations; including the Sy-Fy miniseries (which I also defend as being better than it's given credit for).

Yet 'D21' is more operatic than any of the previous incarnations; it's trying to sweep you up into the world of Arrakis (more than David Lynch was capable of doing; as interesting and as beautifully weird as his 'Dune 84' is).

The strength of 'Lynch-Dune' was that it got the psychedelic tone more correct ('D21' could stand to be a little bit more weird) -- but Villeneuve, I think, (and I'm just speculating because I've never made it all the way through the novel) seems to better understand the epic scope necessary to convey a Galaxy full of dynastic rivalries, class warfare & political conspiracy.

And BOY! Is this movie EPIC; in fact, 'Dune 21' is more reminiscent of Ridley Scott than even Villeneuve's own 'Blade Runner: 2049' was, ironically. Yet think more 'Gladiator' than 'Alien' etc.

For me, that's what Villeneuve brings to the table and is what totally justifies his take on the material: His approach to 'D21's' scope is just so theatrical and grand!

I really think this is the next 'LOTR' (for Gen-Y) - A populist movie series that will eventually sweep the Oscars and get non-sci-fi fans into the books/novels & the larger Dune-Mythos.

It's the anti-marvel movie btw. And that's a good thing. It's doing something really different than all the pulpy comic book stuff. It is a thinking person's sci-fi approach.

Pretty Good! (Pretty Flawed!!)
'Halloween Kills' is a pretty darn good follow up to David Gordon Green's 2018 take on 'The Shape'. But it's definitely not a perfect film.

Pros: * The performances are top notch! Like the 2018 pic, the three female leads (Curtis, Greer & Matichak) continue to convey a realistic, traumatized tone towards the brutality. Conversely, Anthony Michael Hall chews the scenery in a most hammy fashion; he's great too!

* The Kills!!! Oh man!!!! This entry is BRUTAL in it's depiction of violence!! I'm a gore-hound so I was loving it, but the squeamish have been warned!

Cons: * The dialogue is VERY ham-fisted, on occasion. The script, overall, is pretty incoherent

Overall: David Gordon Green directs the hell out of this movie.

I like the 'indie'/mumble-core/character driven dramedy elements he brings to this franchise; a unique fresh, slant DGG brings not only to the 'Halloween' franchise, but to the slasher genre as a whole.

Over all, I was pretty darned satisfied and I look forward to the third & final installment in Green's Trilogy.

James Wan - Master of Horror Hall of Fame
James Wan- my man! What a BOSS move of him. To cash in his blank check from Aquaman on this WONDERFULLY INSANE GROTESQUERIE!!!

Avoid spoilers!! Even though I "figured" out the twist halfway through, this movie still left me beaming ear-to-ear and truly gobsmacked with how FAR it's willing to go to the brink of WTF-ness!!

This is a modern day macabre masterpiece. Insanely violent! Scary! Funny! Wan is this new generation's John Carpenter. With 'Malignant', Wan has truly cemented himself as an all time great Master of Horror Cinema. Full Stop.

M. Night In His Element
MINOR SPOILERS! I'm an admitted Shyamalan apologist - however, I think this is his most widely accessible flick (for 'normies') since 'The Visit', the 'twist' is really that there isn't a huge 'twist' (I guess it depends on your definition) - it's a great thriller that has a great old school feel (pun unintended I suppose). Shyamalan let's a gaggle of great performances do a lot of the heavy lifting here. It's really pure cinema with a skillful director in his element, having a blast filming great actors, who all show up and lean in to the film's bonkers sci-fi horror elements.

This third chapter really puts the Warrens front-&-center, and it's all the better for it.

As usual, the acting duo inject 'awards-caliber' craft into their portrayals of the married couple/ Demonologists. Wilson & Farmiga really deserve the lion's share of the credit for being the heart-&-soul of these movies.

They humanize the Warrens so expertly. They leave all the controversy surrounding the couple in-real-life 'at the door', and they play the Warrens as genuine 3-dimensional characters. If horror films of this nature weren't so looked-down upon by the industry, Oscar nominations would usually be handed out for the type of performance work they are doing here.

This third chapter plays out like a detective-procedural thriller and/or dark actioner (a cool pivot for the series imo) - it shows that these 'Conjuring' movies (similar to, say, the Marvel Cinematic Universe) are somewhat mailable in regards to genre.

Hell, I'd be game for a movie that was mostly a Romantic-Drama, centering on Wilson & Farmiga's Warrens (with the paranormal activity toned way down).

Minor criticisms: it's not the scariest entry; and the 'final exorcism' scene in these entries are starting to feel a tad obligatory (as opposed to integral to the story).

However this is a finely crafted 'B-Movie' with A+ budget & performances, made with heart.

Also - Even with James Wan stepping down from the camera for this entry, I still found the aesthetic, and the overall 'feel' of the film, very much 'of-apiece' with first two 'Conjurings'.