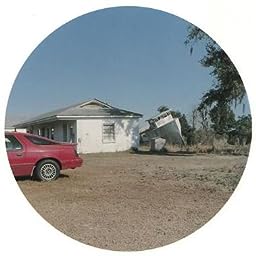 Avant God Awful
You have to give Matthew Barney some credit for trying! You really do. This is truly "like nothing you've ever seen before". An adaptation of Norman Mailer's novel Ancient Evenings (which I have not read but now want to) The film marries cinema with performance art and avant garde theater. Basically there are sequences of cinematic poetry next to filmed excerpts of various one time performances, which supposedly form one abstracted narrative, but more on that later.

In the first sequence things open cinematically, with rivers of feces, shotguns, grimy sewers, and a general atmosphere of no holds barred f***ed-up symbolic cinema. At this point I'm psyched, as that is exactly what I signed up for: confusion, dread, and beauty. However the camera pans from here into.... Norman Mailer's apartment. And the film turns into one of those works of art that seems content to masturbate endlessly on how smart a certain creator is (Mailer), and how smart the art itself's creator is (Barney & co), and, perhaps most painfully, how smart the bougie intellectual scene of Brooklyn Heights is. And here is where I start contemplating how best to get my own defecations to Matthew Barney.

The premise here is that you are sitting in with the hippest, most interesting old artist ***holes (sry Jonas Mekas and Elaine Stritch, love your work!) while they give the coolest, artsiest wake ever to Norman Mailer, where they laugh and cry and reminisce, all while breaking out in avant garde singing at any point they get - think people making somewhat harmonized animal noises together in the most pretentious way possible. I've been to avant garde concerts like this and appreciated them, but when it's happening for an hour straight on a movie screen you can't help think about all the other things they could film instead, like paint drying, or someone vomiting endlessly on a copy of Ancient Evenings, or perhaps just an hour straight of Barney taking a dump, all of which I would've genuinely preferred. There are some brilliant sequences intercut with the "performance piece" of the wake, like more sewage and an okay sequence with cars, but they just further show how flat and bland the performance feels when up on a movie screen.

Basically Barney purported to create a work about rivers of s**t, and death, and America, and at the same time expects me to be ecstatic at how great this wake is, and how wonderful it is that Mailer's friends appreciate how life is for the living and how important art is? ART IS NOT ABOUT NICE PEOPLE DOING NICE THINGS! You can't talk about the pain and humanity of existence and then show rich white intellectuals having a good time, hanging out in a classy brownstone, and generally being awesome and "down to earth" and think these two messages will compliment each other. And having a super-convoluted side plot of resurrection and Egyptian gods doesn't change that. Eventually the sequence ends (though sadly not forever), and there's an intermission. I go to the bar and try to forget the last hour.

Act two once again opens in a promising way. I can't say enough about the cinematic portions of this movie! They are beautiful! Go watch the trailer, it's awesome. So we get a cow birthing a man, some sweeping river shots, some Egyptian style golden luxury, and some well composed shots of the Detroit city-scape. Then they get into some more performance art stuff involving the destruction of cars (blah blah blah American car industry as symbol of America's bombast and largess *yawn*) and while it isn't great art, it looks amazing and is a welcome break from Norman Mailer's apartment that is inexplicably still being cut back to. Before too long they end up back at that gorgeous river... and they zoom in on some boats... and there seem to be a lot of people... and they're starting to sing... and GOD DAMMIT ANOTHER HOUR OF ARTSY THEATER STUFF!

Thank you for trying Matthew Barney, you really put your all into it, but theatrical performances in a movie really pale in comparison to actual cinema. Even wordless cinema! With nothing happening! And when you put both in the same movie right next to each other it just makes this even more clear. At least in the avant-garde, film is the superior art form!! I would've felt like a d**k saying that before. I would've said that theater isn't for me, or that I haven't experienced great theater. But now, after seeing short bursts of great cinema alongside the endless diarrhea of the long theatrical scenes, I feel confident in just saying it. FILM S**TS ON THEATER ANY DAY OF THE WEEK!

Needless to say I did not stay for the third act.