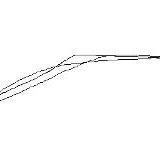 awful
I try to watch this movie and i gave up.

It's the worst thing that happened to the looney tunes franchise since ever.

It's not funny, it's not endearing, it's just terrible.

It's full of refrecnces that most of them don't make sense, and most insulting.

Warner bros., you really need to respect your properties.

Because this movie is insultingly bad it's awful.

Don't watch, stay away from this film!!!.

look
Look, this movie is ok at best. the acting is almost good (and to me reeve is definitely the best part) the direction to me is nice but yet not impressive, and the music was good (and the most memorable thing from this movie) sadly, the plot is very ridiculous with its time travel and logic, and the characters are not much developed, so the feel of love and sadness are left empty to me.

in the end, it's harmless but not for everyone.

this show is awesome! but flawed
I have to admit, I really love this series. I really love the style of the show, it's so memorable in my eyes that I can never forget it.

I actually tried to watch this show with sound, but I always afraid that it will ruined my experience with the show. from the first i saw pictures from the show, it always felt different from other superheroes cartoon shows. it just felt special, it has awesome animation with awesome design, awesome action, very good stories, and many action that happened. this show has really my favourite batman. and sure like any batman incarnation he has trust issues, he always obsessive with his passion, and he cares about the people and fight crime, but he was more humane , friendly and most of all kickass(in my opinion). and I like the idea, that every season of this show adding something new, even if it's different. also, i think the joker in the series was awesome, and so all of the villains. i really love this show, i have no other words other than that it started awesome and at the same way it ended. definitely one of my favourite cartoon show.

The Critics and Audiences Agree...

IMDb Poll Board Favorite Cartoon as a Child

Face-Off: 'Gravity' vs. 'Sound of Metal'