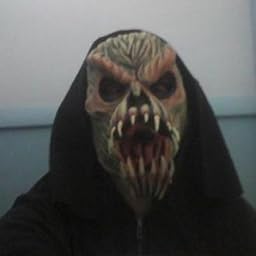 A very great and emotional episode **Spoilers**
I'm not going to lie, this episode will provoke a lot of tears.

The episode begins with Maggie's father paying an unexpected visit. Everybody is happy to see him, but then he reveals to Maggie but he only has a little while left to live. At first Maggie is frustrated and upset, but as the episode progresses, Maggie and her dad bond in the way they have never bonded before. So they decide to do something that they never did in together. They decide to go on a fishing trip.

As Maggie is getting ready to pick up her father to go on this trip, Jason comes into the room to break the news to her that her father has passed away. Maggie breaks down in tears, and as Jason consoles her, we as the audience are treated to a flashback to when Maggie was a very young child on the swing being pushed by her father, having fun and laughing.

It usually takes a lot for an episode of a sitcom to provoke laughter and tears in the same episode, but this episode really did the job. It makes us just how short our time on Earth truly is, and to cherish it while we can.

Kudos to Gordon Jump, in his next to final appearance Ed Malone.

An entertaining flick, you won't even mind that it's a rip off of The Exorcist
Let's face it, every now and then there is a movie that is so entertaining that you will be willing to dismiss its shortcomings. Mausoleum is definitely one of them.

The story goes like this: traumatized by her mom's death, a girl runs off in a cemetery and ends up in her family's mausoleum. The same demonic force that took her mom away from her and many other people in her bloodline has now possessed her.

Fast forward about a few years, this girl is grown up into a woman oh, and she seems normal. But the same demonic possession that claimed her mother's life when she was a little girl has now started its work on her. Bizarre accidents and deaths seem to surround her, and it's up to her husband and her psychiatrist to retrieve a crown of thorns from the family mausoleum to place upon her and expel the demon forever and save not only her life but her soul as well.

For an exploitation movie from the early 80s oh, this had some pretty cool effects for a low budget Exorcist clone. Yes it's not well acted, and there are major plot holes, but you will have so much fun watching this you won't even mind.

What a seriously awful movie!
The creature just looks like college kid wearing a bug mask and a garbage bag. The story, The acting, the directing, just about everything about this movie is non-existent! Don't bother watching! Avoid at all costs!

Fast forward 10 years later, the director of Grim, Paul Matthews, helms this remake. Looking at the creature design on the VHS cover, I actually was sold on the movie, until I read the title. All I could think is why the hell with anybody think about remaking a movie that was so terrible that nothing could save it? So, my curiosity got the best of me, I shelled out $2 and rented it.

While I will admit the creature looked mildly more realistic, and when I say mildly I mean to the mildest, any other redeeming quality was lost in a series of bad special effects, bad acting, and a bad story that felt like it has been done to death.

Now, a question to any aspiring movie makers out there. If it ain't broke don't fix it. If it's broken beyond repair, don't bother!

I was originally going to give this one star, but I decided to add two extra stars because the creature design was worth it. At least when you don't have to stare at for long periods of time and realize that it's just a guy in a costume!

A great pilot that should have been picked up as a series
I remember when I first saw this advertised when I was six years old, I remember getting all excited because it looked so awesome. I remember watching and loving what I saw. Different members of you can't do that on television playing different roles then what they were used to. When it was over I was hoping that it was going to be a continuing series. It would have been interesting to see the continuing adventures of Alistair and Kevin as two brothers going through the different places of the unknown and known world while trying to get themselves home and their new friends as well. But oh well one can dream.

Okay, just to start things off, I skipped this one when it was in theaters, because I was against the idea of remaking Child's Play (1988). The idea of a doll being possessed by the soul of a dead serial killer made it scary enough. The fact that he was enjoying what he was doing and was well aware of what he was inflicting upon people was disturbing. Plus, Brad Dourif was perfect as the voice of Chucky. Also, he was seemingly unstoppable and even after he died (multiple times), nothing could keep him down. Chucky will always be one of my favorite horror movie icons.

Fast forward to present day. Every single movie under the sun seems to be getting either remade or rebooted. Even the classics, like Halloween, Friday the 13th, and even Nightmare on Elm Street, got the unasked-for reboot treatment. But at least they stayed true to the concept of a seemingly unstoppable killer that just killed because he just enjoyed doing it. When I heard Child's Play was getting remade, I initially thought that it was not going to get past pre-production. When it was revealed that Chucky was not going to be a doll possessed by a serial killer's soul, but instead a rogue AI, that's when I chose to totally skip it all together.

Last week, I decided for no reason to give it a chance based on what people were saying, that it was good as a standalone movie. So I sat down and gave it a chance. I still don't regret skipping it in theaters, but I will admit it was an entertaining concept. It just would've been a better movie if, instead of doing it as a Child's Play remake, it could have been about an AI toy that malfunctions, becomes self-aware, and start mimicking things that it's heard and saw. Plus, instead of making it look the way it did, it could have been made to look like a teddy bear, a harmless dog or even a cat. That would make it look more unnerving, that it looks like something that a child can trust. Most of all, it didn't have to name itself Chucky. Buddi would have been a perfect name for it, considering it was called a Buddi doll in the first place. Which would mean it could've had a different title together. "My New Friend" would make a good title.

So, all in all, this was an entertaining movie and an entertaining concept, but if retooled a little in preproduction, this could have been a great standalone film, without having to piggyback on the success and cult classic status of a landmark horror franchise.

Most Disappointing Movie Delay Due to COVID-19