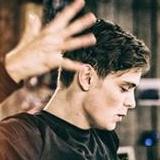 On this side of hope
"Good people everywhere" is the main message of Aki Kaurismäki, who accompanies the whole film "Toivon tuolla puolen".

The action takes place in the time of the day. A refugee from Syria Khaled (Sherwan Haji) acts like all sensible refugees who left the country in time of war - go to the police, seek refuge. After going through a complex bureaucratic apparatus of registrations, interviews and living in the Refugee Center, he finds no support in the person of the Finnish government.

Based on the analysis of the situation in Aleppo (the city where the protagonist fled), it was revealed that the conflict in the city is not at the stage that could be a threat. The Commission came to the conclusion that Khalid does not need additional protection and decides to deport him to his homeland.

That same evening, in the news on television, Kaurismäki puts a check on all the bureaucratic apparatus of the Finnish system - in Aleppo, military actions are continuing until now, the authorities find the situation in Syria "extremely disturbing".

This move, seemingly so simple, reflecting the real state of affairs, puts in one corner ordinary people, refugees, and, on the other hand, the authorities of Finland, how they relate the data presented for public viewing - through the media - and then, as they actually do, they deport Khaled to the city where military operations are taking place.

But Kaurismäki does not seek to make a furor or scandal, he as an observer philosopher compares the data he has (in other words - with us) to analyze the situation. And he does it so skillfully that he layers the second storyline - about Vikstrom (Sakari Kuosmanen) - which leaves the drinking wife, breaks with the past business, selling wholesale shirts, and starts to open the restaurant. The truth does this in a very nontrivial way.

Kuosmanen was a real discovery for me. A great actor who is at that age to play the real bosses, directors, builders of his life. Whether it's an episode in a closed poker club where Wikström plays serious people in poo-and-dust, earning himself a comfortable future, or in a business office where he rigidly frames the framework according to which he is ready to purchase an establishment, or in the restaurant itself, where he, as a matter of fact, for the first time in this business, is looking for ways to popularize the institution and earnings (of which, incidentally, there are many comical situations).

Two story lines go along along the road to connect sooner or later. And the soundtrack is exclusively live music. No recordings, records or tracks, exceptionally live performance of ordinary Finnish performers, whose singing and music penetrates into the very soul. And although the lyrics remain a mystery to ordinary ordinary spectators who are not familiar with the Finnish language, it remains clear that they all serve one purpose - to support the characters, to hold them to each other, so that everything ends on a happy note.

The Catcher in the Rye
Acquainted with the work of Salinger in the person of a single novel "The Catcher in the Rye", it is impossible to forget. Penetrating to the very depths of consciousness, generating new thoughts, ideas for self-development, than not the desk book of every teenage boy? "Holden Caulfield" Salinger has become an icon of beat writers, including the well-known Jack Kerouac (the novel had almost a magical effect on his entire work).

And now in the movie there is a film devoted not so much to the history of the creation of the "Catcher in the Rye", but rather about Salinger himself, his views on life, the origin of his own convictions. And after viewing you begin to realize how difficult a person he was.

Devoting his youth to a single goal - to publish in New Yorker or Story, he sought to make a greater impression on women than to be realized as a good writer. But the war changed everything.

Nicholas Hoult is an ideal candidate for the role of Salinger. In addition to high-profile blockbusters, he also appears in the dramatic roles of low-budget projects. They are also motivated by the desire to be realized as a good actor, which is very noticeable in his expressive manner of the game, in which he and Salinger are very similar. And how the transition from the boy who went to the front, and a veteran unable to write about his savior, Holden Colfelde, is played, not a word. Sumptuously.

Kevin Spacey played the role of Salinger's teacher, a mentor in the writer's craft. He paid so much attention to him that he inspired to write "The Catcher in the Rye", "spurred" on the realization as a writer, buying his first work - a short story.

And yet, in some ways, I do not understand their relationship at the final stage - shaking hands and such a terrible word: "Goodbye ...", which means that they will never see again. After all, there was a bit of insanity in Salinger that a man preferred a wife with two children, a huge success, a good and loyal friend, solitude in the woods, to deal with one thing-to write for oneself. Until the end of life, but his life was very long.

People are not bad or good, they are somewhere in the middle
Conor is experiencing the worst time that has fallen to his share in childhood - the gradual extinction of the life of the most beloved and dearest person in the world - Mom. In an attempt to save himself from the pain of loss, which he is already capable of exposing to reality in a dream, Conor calls on the Monster, who will tell him three stories in return for a story he tells the young man himself.

This tragic film is not a fairy tale told to children at night and, moreover, an entertaining film designed to cheer up the audience with bright scenes and merry moments. " A Monster Calls" - an instructive drama that raises an uneasy and very painful topic for each of us - the loss of a loved one. In this drama, fantasy is intertwined with reality, leaving a deep space for reflection and a sad mood.

Probably, in all cases, children with a rich imagination do not remember their childhood well. Games like representing ourselves as a superhero or a character endowed with superhuman abilities allowed us to feel somewhere inside a force aimed at helping to overcome simple life troubles - to "surrender" the abuser in school or to destroy something dear to the person you hate. But Conor's rich imagination allowed the Monster to be called in the form of an alive trunk of an ancient yew. However, the Monster does not appear to be the monster we meet in Hollywood movies, but a wise mentor sent from above to help overcome the boy's tragedy.

This film is worth watching in complete solitude, alone with your thoughts and emotions. One of those rare examples in our days, when the hard heart and soul is to stay away from the "Voice of the Monster" with criticism of unnecessary dramatization of events. The film is full of sad but useful emotions and feelings that I want to experience to all those rare people with a sensitive soul who understand that nothing and no one in this world is forever.