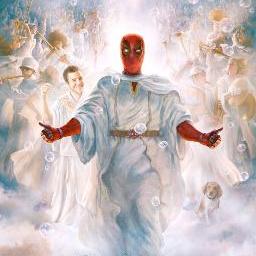 No mercy for the weak.
One can smell Texas even if he's never been there. In the Slience and Calm, even the strongest cannot survive with the expectation to move faster, without adapting to the nature. No Country For Old Men explains the whole story with it's title. There's no surviving for the old. There's no surviving for the weak. This tough remarkable motion picture deserves more than an award. It is beyond Masterpiece. No Country for Old Men has given the audience the real taste of cinema with an incredible cast. In this exceptional movie Coen Brothers have shown their astonishing talent in film making.

With the violent murder at the very beginning, the directors have succeeded to the catch the eyes of the audience in the first few minutes. The movie gets hotter and hotter until the suprising ending.

The amazing cinematography of this movie always reminds me of the legendary west storyteller, Clint Eastwood. Without the aide of Mr. Eastwood, Coens reached to top in the old west defeating him.

Absurdity in Life is the only thing I learned from school. I wake up in the morning, don't know where I'm going everyday, think I'm going to the same place all the time but actually I'm going nowhere. Texas is the place where I wanted to grow up. As hollywood tells us, one has to think it's a hell with drug dealers, guns, slaughter and violence. But I think it's a heaven. Coens and Eastwood were my favorite directors since I was 17. Their nihilistic views about life, are what I enjoyed most in their works. And they were highlighted throughout this movie. Their is no fate, there is no god, It's only us and we're alone in this ruthless planet. Coen brothers' humor in religion are not some other common things that you can find in a typical movie. But like a typical West movie, there are two hunters in No Country For Old Men. One hunts deer, one hunts men.

I wanted to read the novel first before watching the movie and now I don't think I want to anymore. There's always much to see in Coens' works. They're beyond comparison.

We always try to find mistakes in movies. Plot holes, bad writing, poor shooting, unsatisfactory endings, poor acting, unacceptable deaths, imperfect camera angles. And when we failed to find one, we get confused, aren't we? Then we start to think about that particular movie over and over again. And that is how " No Country For Old Men " became one of my favorites. I always fail to find mistakes in Coens' works. They're geniuses.

this is a warning. not a movie
A magnificent documentary about how epidemics occurred in the past and will happen again in the future due to the increasement of the population. Director's point was to warn us about the possibility of the rising of another new deadly virus. And if it is to happen, this time it won't stop in A continent but will spread across the globe. By watching this you'll learn how easily and quickly it can spread. Be alert, nobody has any idea about how this invisible enemy will reach and silently kill.

This eye-opening documentary will scare you and will pull you up to the reality. Earth isn't as stable as you think.