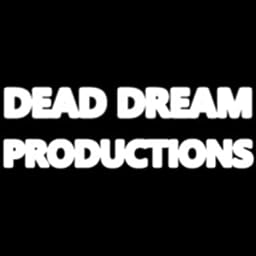 Personal Favorites If You Could Fly a Spaceship...

The Most Authentic Depiction of L.A. in the '80s I've Seen to Date
The 1980s wasn't just neon fabrics, side ponytails, and cream colored suits with t-shirts. It was also too much moose, too much make-up, and sock-less penny loafers. It was ugly. Brilliantly, gloriously ugly and tacky. And that's what you see in this show. Superficially speaking, this series (and its characters) looks more authentically of the era than anything else I have seen portrayed on film in the last two decades.

Much of the credit goes to costume designer Beth Morgan, who sifted through photo albums to research the look of the decade, rather than fashion catalogs and television shows and seeing an obstructed, romanticized vision of the era. The characters either wear too much or not enough of everything. This was the eighties, warts and all, and just for that alone, this show is worth a look.

But on top of that, you have a rich, diverse cast of characters, almost all of which are multi-dimensional and bring more to the table than just what they appear to be (while ironically trying to play up their stereotypes to promote the show they are working on). And though some characters sadly don't get the time to fully develop in just ten half-hour episodes, you have reason to believe that they will in future seasons, as the executive producers have proved before in the ongoing seasons of 'Orange is the New Black'.

And then there's the men of GLOW. The women are getting plenty of praise - and deservedly so - but the few male characters depicted also get a chance to shine. Chris Lowell plays the fascinating benefactor to the entire GLOW enterprise. He's the only one - initially - with the vision of what the show should be, and although he isn't introduced until episode three ('The Wrath of Kuntar'), his presence is felt as the unseen force propelling a reluctant director and inexperienced cast to pursue this venture. Bashir Salahuddin is the epitome of the phrase "no small parts" in this series. He exudes a warmth that instantly brings calmness and security to anyone and everyone around him. And although he is given minimal lines and - what some may argue - a generic character in the handful of appearances he makes, you genuinely feel invested and supportive of the developments he undertakes in the latter half of the season.

And finally, there's Marc Maron. Whether or not you've heard about him yet, you will soon and it will be because of this role. He plays the director enlisted with putting an all-female wrestling show together. He comes from a B-list, schlock horror background and only takes the job to finance his dream project, but despite being a sleaze ball with a predilection for the vices of the time, he also genuinely cares for people. He's a guy who will step up and stick his neck out for the people he believes in, and unlike just about all the other characters written with a drug problem, Maron's character isn't dictated by societal expectations to flounder and jeopardize the other characters around him. He's an asset, and not only that, but an absolute necessity. He's also an addict, but a functioning addict, which sadly many people in the industry were back then.

Maron exemplifies everything great about this show. It's not glorifying the era, it's a raw, unapologetic, and - at times - brutally honest depiction of the 1980s in southern California: Flawed, hilarious, and tacky.

This is the Episode That Made Me a Star Trek Fan
A little back story: Through my teens I was an ardent fan of films and sci-fi (primarily Star Wars), and Star Trek always piqued my interest, but I was too intimidated to invest the time to acquaint myself with a franchise that stretched over television and film since the 1960s.

That being said, I came across this episode while scanning TV channels and was immediately drawn to the character of Data, an singular android who dedicates his improbable existence to evolve and grow in order to be more "human." His quest in this episode included creating a new android in the hopes of improving upon his own limitations through his designated "offspring" (as most true parents do), including having this android eventually find a way to develop authentic emotional reactions.

However, when Starfleet grows impatient with the development of Data's new android, they threaten to confiscate it, instigating a surprisingly emotional struggle over the philosophy of sentient rights and acceptance that ultimately becomes overshadowed in the face of tragedy. It's all the more astonishing to consider the most emotionally devastating moments of the episode feature characters who can't project any emotions at all.

Brilliantly written, performed, and directed, this is one of the finest hours of television that succeeded in appealing to an outsider of the franchise and making them a fan for life.

A Hilarious, Titilating, Sci-Fi Romp with One of the Best Characters in TV
In the vein of Xena: Warrior Princess, this genre piece is both sensual and hilarious, and grabs your attention with one of the most fascinating characters to ever appear on television. and he dies within the first few minutes.

Kai is a member of a legendary warrior race, who was wiped out by a nefarious villain. He was then reanimated to become the villains personal assassin. But after recovering his memories, he rebels and flees with a timid pilot and escaped sex slave. (Yeah, you read that right) The form a ragtag family trying to flee and rebel against said villain, known as "His Devine Shadow." Many misadventures ensue, with more double entendres than a Quagmire spin-off could have. All the while, Kai remains a conflicting contradiction, as a reanimated corpse who can harbor no emotion, yet still finds himself loyal to this crew of miscreants. And he's running on borrowed time, as the substance keeping his body animated will eventually sour.

Not only will Kai keep you intrigued, but you'll be going into each episode wondering what will happen next, as many adventures will spoof, satire, or parody many aspects of science fiction, societal roles, and life in general. all of it leads to one of the most satisfying conclusions of the new millennium, something many other more highly praised shows came up short on.

If you like the genre, fascinating character exploration, or just good bawdy humor, then give this show a try. Most are pleasantly surprised.

One of the best Hours of Television
Within minutes of this episode's start, I'm not too proud to admit I was fighting back tears at a shocking turn of events. But just as I was in the midst of refusing to believe that what I saw really happened, a huge plot twist teased that it might not have. And THEN the opening credits started.

Yes, this episode takes the motif of "Groundhog Day," but it handles the story so well, it shows that - if done right - you can apply the idea of a repeating day to various situations and make it work. In this case, by the time "Been There, Done That" ends, I had laughed, cried, laughed harder, and wanted to watch it all over again.

If there is any flaw that can be found with this episode, it's that in order to receive the true emotional impact of some of the scenes, you would need to have seen at least one previous episode to get an understanding of the characters and their relationships with one another. But that is minuscule, as most of the episode is played for laughs, and little to no knowledge of the characters are needed for the jokes to hit their mark.

You don't need to be a fantasy fan to appreciate good storytelling and funny jokes. That's why I tell anyone who has an opportunity to check out this great episode.

Little Film That Could Overcomes Budget/Experience Issues
Sad (or triumphant, however you look at it) as it may be, this short film actually out Dungeons-and-Dragons the official "Dungeons and Dragons" movie that came out years before. By brilliantly and hilariously segueing between the real players and the fantasy characters their actions affect, this film authentically captures what a true tabletop role playing game (RPG) session entails, and the fun of imagining how your decisions plays out in-game.

Despite the fact that this film had practically no budget, and all parties on both sides of the camera have little to no experience, the writing, direction, and editing more than compensate for these issues, as many of the jokes roll 20 and score a direct hit.

If you've ever cast the die, or were curious about what is the appeal of tabletop RPGs, then you must find a way to see this film at least once in your lifetime.