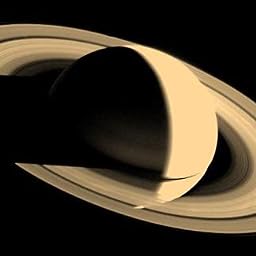 Having principles is being misunderstood as being weak
This movie is about a foreigner, David Sumner, who is rejected by his new community. He is a very cerebral and principled man, which the vulgar villagers tragically mistake for weakness. Their view of him permits them to ridicule and abuse him and his wife.

The best example of David's principled nature is when he wants to protect a suspect of a crime, who stays in his house, from being lynched. The locals want immediate revenge, which they associate with strength. But the real strength lies in fighting for your believes, which David does. He cannot back up and ends up fighting for the lives of his wife, the suspect and himself.

The greatest tragedy is that even David's wife, who grew up in this neighbourhood, regards him as weak and inadequate. The fact that they are not acting in a unified way, makes it easier for her fellow villagers to attack them. Her disappointment in David goes back to the circumstances in which they left their American home. Not much about this is revealed but she vaguely accuses him of having fled, implying cowardice. Since the movie stems from the height of the Vietnam war, my best guess is that he is a conscientious objector, forced to flee the country to escape the draft. While conscientious objectors had a brave and noble cause, their stance was often misinterpreted as cowardice. In the same way, David's civilized nature is misunderstood as weak. This makes him a truly lonely hero. As in Tao Te Ching's quote, which inspired the movie's title, heaven and earth are indifferent, treating him and all creatures as 'straw dogs.'

Not as great as I expected
I was somewhat disappointed by 'The Martian', maybe because I had such high expectations of it. In my opinion the movie failed to really immerse you into the action or make you feel the danger of space, the way that for example 'Gravity' did.

Also, it came across as feel-good NASA propaganda. Maybe that one is on me for being so cynical, I am not sure. The attempts at humor never made me laugh and sometimes made me feel embarrassed.

I am not saying that it is a bad movie. I liked its realistic and scientific approach. There should be more sci-fi movies done in such an earnest way. However, in my experience 'The Martian' does not succeed in truly captivating or intriguing you.

Die Hard meets Full Metal Jacket in space
In my opinion this is one of The Next Generation's best and most underestimated episodes (it's somehow never in anyone's top 10). First of all it is very exciting. The Enterprise crew and Danar are playing cat and mouse, with Danar always one step ahead. In this game of tactics many rooms, corridors, Jefferies tubes, the shields and the transporter of the Enterprise are used, as well as a small spaceship and some objects in space. Danar's guerrilla tactics on board the Enterprise remind me of another great episode a few seasons later, namely Starship Mine, where Picard in a way takes over Danar's role.

Apart from all the "Die Hard-like" action scenes, there is also an interesting idea at the basis of The Hunted. It is about what to do with people after they come home from a war and have been turned into dangerous weapons. What is the responsibility of the government and society when soldiers have been dehumanized by war, military conditioning and technology? It is more or less the message of the first Rambo movie or Full Metal Jacket.

Surprisingly good
While I was on a long local bus ride in Cambodia, the driver decided to play this movie for the passengers. In the beginning I was totally uninterested and not really paying attention, since I misjudged this as something overly sentimental and cheap. But gradually I got pulled into the epic and beautiful story.

This movie just has it all: a sense of history, a sense of wonder, spiritualism, action, romance, humor, music and dance. There is room for many different moods, which follow each other in a very natural way. Almost unknown in the self-centered West, I think this movie deserves way more praise.