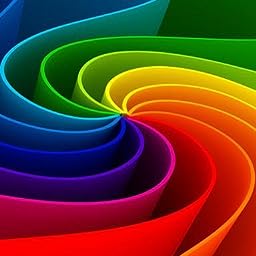 The main drawbacks are two: firstly, all the dramatic conflicts are in the character of "Su", resulting in the loss of almost all the dramatic tension after the victim is revealed at the end of the first season; secondly, the requirement of the period is the originality, and this film lacks too much in the choice of music.

The first season opened with an excellent eye-catching. Suspense is set up very well, not only to guess the killer, but also to figure out who the victim is. The multi-line narrative flashbacks are interspersed with editing, allowing the main characters to remain suspicious while their images continue to be fleshed out. The plot advances quickly without dragging out the drama, constantly giving clues to keep the audience's attention gripped.

The second season plummeted barely supported. The suspense waned and the man behind the curtain gradually became clear. The biggest drawback of this season is the introduction of too many unnecessary supporting characters, the noise takes away from the main.

The third season characters pale dog tail. The suspense element completely gave way to urban period drama, all the loose ends were abandoned, and even "Ziwei", the only good man, did not even deliver the ending. Bad whitewashing, good blackening, "Luo" this role can be said to be "relatives of the pain of the enemy," and then a CCP-style brain-damaged "righteous" ending, did not understand the screenwriter's What is the idea.

Fantastic Beasts: The Secrets of Dumbledore
(2022)

The wizard fight like just shot each other
An unusually mediocre plot with the main character's aura shrouding it. There is no plan, what makes it possible to keep the real to the end? Really reduce the audience's IQ to kindergarten, and then recklessly knead.

The Harry Potter world, the more shaped the more flavorless. To this, the wizard fight is already laser cannon strafing each other, the wand is a cannon, spell gestures all thrown to Mars.

Very distorted values system
The characters in the play are the post-80s in the minds of the creative team? You all live in the belly of the dog. Only one character in the whole film, the grandfather, can have a little sense of reality, the others are symbols living in literature, the brain circuit is strange, in line with the masturbation of the literary youth disease. The whole play is outputting a quality girl tired of playing to find an honest man buy one get one such three views, I really do not know when Chinese society has been boxer, capital and a group brainwashed to glorify this behavior. The distorted and ugly value system, not by the end of the credits a sentence or two can be whitewashed.

Bravo
Hats off to all the fighters against fascism, against the anti-human regime, against communism, against CCP.

CCP is the root cause of China's lagging rural development
If criticism is not free, praise is meaningless. The achievements of individual points cannot cover up the collapse of the whole face. The rural areas, the biggest payers of China's development over the past 40 years, have been bled for a long time, losing their momentum and potential for development. The problems of rural China are the inevitable result of the CCP's development strategy. The current fundamental problems of rural China cannot be solved by a political show or a few movies. Instead, the CCP is afraid to face the problem squarely, hindering its solution.

In general, with good intentions to make good ratings
Although it is a remake, it is quite good in combination with national conditions. The final theme has been diligently diminished. To be honest, the theme of this theme is very disgusting. It is nothing more than doing well and being nauseous. I specifically compared the Korean version. It should be said that this version of Dapeng changed the obvious problems in the Korean version, such as: Treasury, which treasury have you seen with a back door ... Of course, this version itself is not okay. The biggest problem of the exaggerated part lies in two points. One is that Dapeng lies down because the president wears a hood. Is this a compromise that the protagonist will make for a long time? The second is that the escape method at the end is very eye-catching but unreasonable. In addition, do you need to drive far for this exercise? In general, with good intentions to make good ratings, Chinese films need such films and filmmakers who are not rushing to cheat money.

a Fairytales for all ages
Like the perpetual motion of multiple exits, the story is almost completely psychedelic. However, there are quarrels in warmth, happiness in troubles, growth in sorrows, mesmerizing scenery, paired with strong contrasting colors, slow plots, and various small fantasy adjustments to weave together a Fairytales for all ages.

Pray for HK
The first 5 minutes were like Hong Kong in 2019. The riot police and plainclothes smashed the sticks in their hands to the civilians they should protect and support. They beat and arrested the civilians along the streets, manipulated and condoned the underworld personnel. Destroyed and planted it to civilians.

Is this a 007 style deadpool?
It is full of incomprehensible light and shadows, unclear stories, special effects flying to the sky, and countless bugs. Hit the close-up mirror, and the next shot is back. Even if you are a director, you are not a storyteller. At least you should be dedicated and take care of the special effects of the video.

This can be considered a complete failure.
It's a bit like 2001, trying to put fake wine into the bottle of space, but the crude plot did not support the whole logic. It seems to be very in-depth, but the so-called speculation relies on the mouth to say that there is no matching plot and character portrayal. In addition, a lot of lines are raised but not used (for example, the bridge section where the crew on Mars does not meet very much), what do you want to release? Repeated and lengthy evaluation of the mind, the noise and disjointed narration, except for the male lead, the other characters are paper people.

The film be more realistic
People are shortcomings, and timely positive energy films should also be more realistic in their response to human nature. The film has made good progress in this regard. However, the individual feels that this female character is somewhat superfluous.

Reluctantly give 7 stars
Reluctantly give 7 stars and encourage the country. The special effects are basically up to standard, but the script will go back and polish for 10 years. "Mother-in-law is more and more defeated", unprincipled indulgence of bear children destroying property; trying to reflect the prejudice in people's minds, but adding a lot of regional elements to the characters from the entertainment.

Class differentiation and sacrifice
The main perspective is narrated from the bottom, and the whole story is very repressed. The film is very obvious in the film, especially the two-party party. The whole film does not have a strong suspense. Just pay attention to the two details of the cat and the drawer, and you can basically understand the hidden chill. However, the whole film has many strengths. The female host is very special to the male owner, but she has invested in the embrace of the rich second generation. This setting always feels awkward; it is the second generation of the rich, which is very unreasonable. The biggest problem is that the ending is really bad, and the one-sided pursuit of drama conflict has led to a great decline in the depth of thought. In addition, there are several paragraphs in the film that describe too much white space.

no such traditional elements of the series
This car has no such traditional series of sports cars, and has gone to the anti-human flow of technology. The whole action scene design is OK, but the plot is really unremarkable and versatile. Action star + beauty + black hip hop, this combination does not know whether it can support a derivative series.

Completely crushed Chinese movies.
Just in front of the "Lie huo ying xiong" (tt10218674), there is no harm if you do NOT compare. The difference between the two movies like a kindergarten child facing the graduate adults. The whole film combines the easy comedy with the intense escape. The rhythm relaxation is gentle and appropriate. The plot catches people without being annoying, and does not add a lot of garbage to the fixed frame. In short, the degree of all the elements, you can feel just right.

rigid propaganda film
The rigid propaganda film fully embodies the reality of the current system that only contends for contempt and only calls for rigid slogans, regardless of whether it is black and white. From the beginning, it shows a logical black hole. The firefighting needs to take the bridge. The fire brigade is set up unreasonably. The hot pot restaurant is on fire, which means that a lot of oil and water are fired.

There is very little connection between the bridge sections, and the transition of the plot is lacking.
It want to criticize the exam-oriented education, but It can't get the truthful evidence; It want to render the father and son love, but it is shaped into a broken family poison record; It want to use the space special effects to improve the grade, but tear the plot and lick the lips. The traditional old-fashioned mother, the step-father who is busy making money, the father who is eager to compensate, the child who is rebellious against the heart, this combination can enter the top 10 according to the way in the photo. It is really a god-given opportunity, and it is recommended to hurry into the mountain to practice.

unreasonable
There are thousands of possible explanations, but the movie chose the most unreasonable one: find bullet. huh, huh.