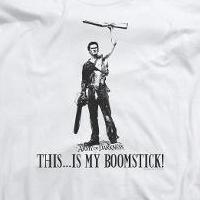 I feel about Eraserhead the way I feel about dark pop..
..Meaning that I can't conceptualize how one person on this entire earth can tolerate it, much less the fact that most people love it. I've never felt compelled to write a review until today because my opinion on a film has never been so polar opposite to the consensus; even when I hate a movie, I can usually see how it might appeal to others. I'm not going to tell you not to watch this movie, but I will break the style down a bit and you can decide from there. If you like films like Possession (1981) or Suspiria that are 'artsy' and where nothing that seems to contribute to any sort of coherent plot occurs until 15 minutes from the end, then you'll probably like this (Suspiria wasn't actually too bad compared to this movie though). The only difference with Eraserhead is that there is no plot at all and nothing significant happens at any point (except the mutant baby existing).

I have an image in my mind of how the idea of this movie came about... *Watching Texas Chainsaw Massacre* "Why did Tobe Hooper go through all the effort of making Leatherface kill people? He's ugly enough that it would still be a horror film if he just sat around crying all the time.. but I guess a couple freaky dream scenes should be added to trick people into thinking something is actually happening in the movie..." *lightbulb* I HAVE AN IDEA".... .....I feel like this movie being called a horror film is insulting to real-life dysfigured people if you think about it, because there is no real danger in the movie, only an ugly baby. It's crazy this guy went on to direct The Elephant Man (which I haven't watched, but is supposedly sensitive with regards to the issue).

I was reading an interview with the director David Lynch before I watched the film, and learned that when he first told the company he wanted to make Eraserhead, the script was only 21 minutes long.. Thus, he had to stretch it out. How did he do this? With long, drawn-out scenes where nothing of significance and no dialogue occurs, such as Henry looking at stuff or walking around. For example, the first 6-ish minutes consist of a slow zoom-in on a moon-looking planet. About 12 minutes in my dad asked if this movie has any dialogue at all, so I looked to see if there was any IMDB quotes. After watching the film, I'm convinced every line that occurred in Eraserhead has been documented by IMDB. Not much is said in the movie, and even less actually happens.

I gave this a 2 instead of a 1 because I appreciate the visual style, such as the only view outside the windows being brick, which sets an ominous mood. Why can't movies have a stylish artsy flair but also have a coherent plot and move at a pace faster than a dead snail? It seems you can't have both.