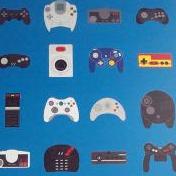 Wait, what?
You know, this review isn't based on the premise that this is an egregious film. It is, I agree that this film is abhorrent. However, the legend surrounding this lukewarm, atrocious piece of media is far more enjoyable than this pile of excrement.

This *ahem* "film" came out December of 2012. It was supposed to come out in December of 2002. The film was stolen, and that was probably for the best. However, because the directors had faith (or fear that they'd lose 45 MILLION DOLLARS) for this film, so they began again from scratch. And what we got was probably the worst thing of all time.

If this movie was a regular Hollywood flop I'd maybe forgive it. But on account of how atrociously awful this film is in any aspect, I'd expect it to be made by a 17 year cannabis addict who maybe knows a bit of VFX. But this is a 45 million dollar animated film starring Charlie Sheen and Dwayne Brady. If Clerks can be made with a 25,000 dollar budget and Napolian Dynamite for $40,000, how is this god-awful film's budget anywhere past $7.34! Oh I know! Charlie Sheen spent 44 of the 45 million on crack. Yeah, that'd explain this movie. They were on crack the entire time.

Words cannot describe the amount of crap this movie sinks in. It's terrible in every single aspect: And I mean it this time. The animation is the equivalent of nails going into your eyeballs, the sound effects are all crap, the plot is wonky, the characters are so bland they're almost non-existent and it just goes on, and on, and, on, and on, x500. This movie is terrible, almost even laughably bad. In fact, it's so awful it IS laughably bad. I was in tears of joy that it was over, tears of pain that I wasted my precious time on this, and tears of laughter that something so awful even exists.

Watch it just once, and you'll quote me.

Needs more attention
This show is unfortunate. It's a great show, really funny, but it runs on MTV, a channel DEDICATED to running Ridiculousness 24/7. This is a show that belongs on a network like Trutv, or Comedy Central, but because it ran on the network it did, it never got popular cause they never showed it. If they would turn off the carp and turn on the good, people would see a brilliant show.

Unlike the MTV fashion, the jokes are clever. Them pretending to be reporters are funny twists on the standard clip show formula. The cast is lovable, and the way they express their views towards things are hysterical.

If MTV decided to work with it, it would have gotten popular. But like all good MTV shows, it was drowned out by ridiculousness.

Ungodly abomination
This movie is terrible, God-awful and should be used as a torture device for terrorists.

That being said, I highly recommend you watch it. The hilarity of viewing the mistakes and goof ups are all you need for an alarmingly awful time. The acting is abysmal, the graphics are horrendous, and this is the most nice I can be. Actually, (well to be fair), the plot is not that bad. But...... WHY ARE THE CHARACTERS BEARS?!?!?! I'll answer myself. They are bears because Video BridWANKda wanted to cash in.

SIMPLIFIED PLOT PanCOCKa is a bear who wants to be a dancer, but for some reason he works at the dojo that pretty much everyone worships. Some guy is always winning, and the boss wants him out. So he dresses up as a mysterious fighter because for some reason is not allowed to fight even though he owns the dump. But because Pancada sucks at his job, the suit is too small and it looks like him. Cue a 3 minute dance scene, (yes) a huge montage scene, and Pancada fights the guy and loses. The owner (who suspiciously looks like Ice Bears drunk deformed cousin) knew Pancada wouldn't win and tripled the bets on the other guy. The owner leaves, Pancada gets the places, and everyone still hates him.

This movie is honestly one of the worst movie I have ever seen, but left me dying of laughter in the process.

Yeah, this is the most detailed review I have ever done.

A direct spit in my face
I grew up without internet or cable. I lived in the middle of nowhere, and none of my friends live close. So my only entertainment came from watching movies and cartoons on DVD. And one the cartoons I owned was Teen Titans. I instantly fell in love with the show, but who didn't? It was funny, fast paced, and sometimes even dark. So, when my ears heard that there was a new Teen Titans coming out, I freaked out. So I ran to my couch and watched it. And you know? I've never been disappointed by a cartoon more. It took everything great from the original show and stomped and spit on it. The jokes are terrible, and there is no action. It treats all the characters like mindless idiots. Even Beast Boy, my 2nd favorite next to cyborg, has become literally a walking butt of a joke. This needs to be cancelled as soon as possible.

It's just plain annoying.
I don't like picking on kids shows. They're meant for young kids and not me. But this show is just terrible These kids shows can be done right. Like Wallykazam! It's entertaining, and but educational. This travesty airs on Nick Jr, a network that forces these shows to be educational. Peppy Pig teaches........................? That it's OK to call your parents fat? It's OK to cry and throw a fit at every small thing? That it's OK to be an obnoxious brat and expect no punishment or negative attention other then your mom saying your name? Someone has to say it. This show is annoying and terrible. The voice acting sucks, and literally no characters are even remotely likable. How could they? Every character is stupid. Not stupid as in dumb, but stupid as straight up stupid. The only character that can count past 10 is some 4 year old. But apparently kids like it. I'm just looking at this critically, so if you or your kids like it go ahead and watch it.

Possibly one of my favorite shows
This cartoon is the saving grace for not just cartoon network, but for cartoons as a whole. We Bare Bears proves we are slowly coming out of the hole most awful cartoons got us in. The mystery of Gravity Falls, and the energy of The Loud House proves that cartoons are slowly getting better, and We Bare Bears is no exception.

The plot of the show is wonderfully simple. 3 bears are just trying to fit in. That's it. We are also introduced to amazing characters like Chloe and that tree guy. The bears themselves are awesome! (#icebear4president).

This is a very sweet show, and I haven't found a single episode I hated.

It's OK
This is one of the only Nick cartoons i ever really felt meh about. I watch it when it is on, but that's only to take up time to watch a better show like Hey Arnold!. It tries desperately tries to appeal to the "cool" kids, but doesn't work in the way it tries.

But as much as i don't like it, it always brings a smile to my face. Why? Because the characters and plots are so loving and memorable. It always teaches good lessons like, Don't Skip School, or Respect Everybody. The characters are fun, and actually are some of my favorites in cartoon history. (well, except for Grunkle Stan and Ice Bear. Those are my favorites.) Tito in particular always brings a smile to my face.

So, to close up, its a cool cartoon, but i think others are better.